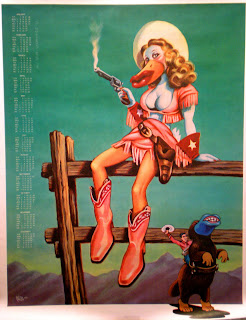 If anyone painted lowbrow art before there was a name for it then it was the late, great Neon Park aka Martin Muller, a former poster artist for The Family Dog. As early as 1970 he was producing some of the most memorable images in rock music. Here's just a small sampling of his great work, indelibly scarred into my subconscious: 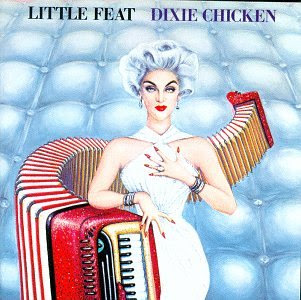 Yeah, I hate Little Feat, too, but who can forget that awesome album cover. Constance Bennett with an accordion? Insane! The great thing about his work is that it's right at home with the current lowbrow art scene even though the majority of these great works were produced in the 1970's. Check out this rare film festival postcard: 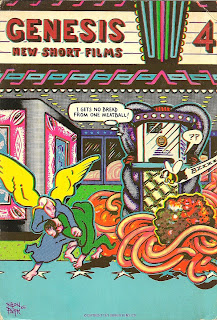 The image that sent him over the top, of course, was the brilliant cover of The Mothers of Invention album, "Weasels Ripped My Flesh", which Frank Zappa allegedly fought Warner Brothers Records to put out. So much for Warners and their artistic freedom they're always crowing about. Huh! 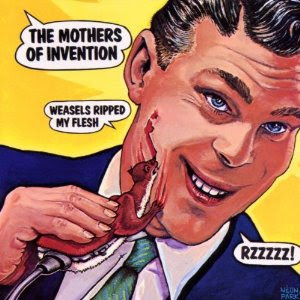 Neon Park recalls a day when Southern California artists didn't get much attention in the art scene but produced all sorts of radical work, guys like Robert Blue, who inspired the movie "Heartbreakers". Yeah, L.A. used to be a really weird art town, weirder than you can imagine. 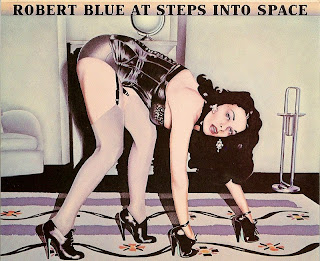 Somehow the superkitsch schmaltz that passes for art at places like Gallery 1988 don't get it, art should be new, really new, as in original, shocking, and not so eager to tickle people's bungholes. Just look to guys like Neon Park and Robert Blue for inspiration.
Posted by Andy 7 at 5:00 AM

LOVE the art!! So sick and slick. Sure beats some of the adult baby time themed art I've been seeing.

The color choices are bold. Love the Weasels ripped my flesh insane.

Thanks for reminding me art can be cool, I am sick of people painting cereal box characters and calling it art.

Grandaddy of awesome is what!
That "Weasel" Cover haunted me for years, haha.

Thanks for the memories. Neon Parks has always been one of my favorites. Bob Dylan, Marlene Dietrich, & Fidel Castro having a picnic...Marliyn Monroe & George Washington in a Lincoln...now sing along ya'all!