Stuff I Burned From TCM, Part 9 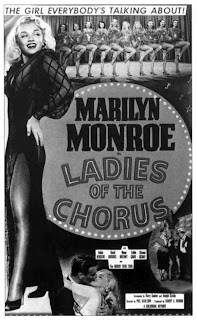 A number of movies I’ve written about for the past few years have finally seen the light of day on DVD: Overexposed, Rancho Notorious, The Glass Wall, and a few more, so I’m pretty sure this will be the next to last installment of “Stuff I Burned From TCM”. I’ll probably move on to something else movie-related, but until then here are a few more movies that need to see a proper DVD release:

Heat Lightning (1934): Classic hard-boiled Warner Bros. crime film about a pair of sisters working at a motel in the Mojave Desert. Olga’s a frilly girl waitress and her older sister, Myra, (Ann Dvorak) ia a pretty butch auto mechanic. Her cover as a mechanic’s blown once her ex-boyfriend, a sleazy gangster on the run exposes her glamorous gun moll past. Similar in tone to “The Petrified Forest”, but I actually liked this better. A lot of stock Warners players, like Glenda Farrell, Frank McHugh, Ruth Donnelly, and Lyle Talbot are on hand giving their usual great support. Ann Dvorak is brilliant, and this film deserves a decent release.

Ladies of The Chorus (1948): One of the few Marilyn Monroe movies that still hasn't been released to DVD, this low-budget B picture clocks under an hour at 57 minutes. In spite of its brevity it still has tons of padding with several music numbers, some which have Marilyn crooning. Many people have laughed at the casting of Adele Jergens as her mother, probably three years older than Monroe with an unconvincing gray streak dyed into her hair. The plot basically consists of Monroe and Jergens playing a mother and daughter showgirl team and Mom’s reluctance at having her daughter date a millionaire’s spoiled son. The film has all the production values of an old Three Stooges short, no surprise because Columbia Pictures released this film.

The Unholy Three (1930): Lon Chaney’s last film and the talkie version of the Tod Browning silent classic. The talkie version is similar in tone to “Freaks” and Harry Earles is even on hand to play Tweedle Dee the midget. Chaney plays half the film in drag disguised as a kindly old lady pet shop owner, and it’s always amusing watching him tear off his wig, pop a cigar in his mouth and chew out Goliath the strong man. The last line in the film would be his last, “That’s all there is to life… a little laugh, a little tear”, while waving goodbye from a departing caboose. It was as if he’s waving goodbye to the audience, because he died a week after the film wrapped.

Primrose Path (1940): Just like "Heat Lightning" this movie was originally a play, but it moves fast and doesn't seem too talky. Ginger Rogers is a shack-living tomboy from Venice who falls for Joel McCrea, a motorcycle-riding burger flipper down PCH way. He likes the "Portuguese gals" (is Mexican a dirty word?) but falls for the tough dogtown girl. Ginger's mom and stinkbug grandmom, however, are sleazy gold diggers who want Ginger to carry on the family tradition of banging rich bums for their dough. Rogers turns in a performance reminiscent of Barbara Stanwyck in "Stella Dallas" and McCrea turns in another great big galoot performance.
Posted by Andy 7 at 7:17 PM 1 comment:

The Out Sound of Psych Jazz 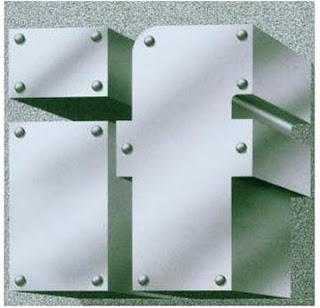 During the late Sixties/early Seventies the psych music scene opened up a jazz underground featuring bands like Blood, Sweat & Tears and the Chicago Transit Authority, who unraveled into some of the worst music ever recorded. One listen to a piece of dump like “Spinning Wheel” is as good evidence as you can get. Fortunately the European music scene had a much more exciting take on psych jazz that spawned many cool bands that only lasted a few years, but left us with some remarkable records. The fact that psych jazz has remained a virtually unheralded genre is a mystery to me, so let’s take a quick look at the best of the beast:

1. Chapter Three – Manfred Mann helmed this big band in between his English Invasion group and the Eighties-driven Earth Band. They only released two albums but the music has a seething, quiet intensity that’s compelling. The horn charts are simple to the point of being linear, but when they stretch out and solo all hell breaks loose. Recommended tracks are “Time” and “One Way Glass”. The whispery vocals wear thin after awhile, so it’s no surprise they had such a short shelf life.

2. The Flock – The only American band in the bunch (from Chicago, even), but pretty cool. Their big gimmick outside of having a badass biker looking-horn section was introducing Jerry Goodman on electric violin to the world. Fred Glicksman’s superfuzz acid-rock guitar is pretty amazing, too, but they veer into comedy territory when they employ opera falsetto backing vocals delivered with a scary earnestness. For coolness listen to “Store Bought Store Thought”, for comedy listen to “I Am The Tall Tree”. They also had the balls to take composing credit for The Kinks’ “Tired of Waiting” (complete with operatic falsetto backing vox!). Another band that lasted for two albums.

3. If – This band consisted of a bunch of session guys gone wild, so their music occasionally sounds like an orange juice commercial, but when they tear loose on “What Did I Say About The Box, Jack?” the horns twist and unravel like a bed of snakes. Their first album cover showing a bold, iron “IF” will forever be imprinted in my mind and sold the band for me. After two albums they went kinda snoozy fusion with the ugliest New Age LP artwork ever designed, so I recommend the first album only.

4. Nucleus – Ian Carr, ace British trumpeter, put together this great jazz band featuring Chris Spedding (!) on guitar. They’re heavily influenced by the new electric sound Miles Davis was toting in 1969 with a slightly rockier edge. Sans vocals, the band’s horn charts alternate from linear to complex. The great thing about the bands mentioned here is that they’re very democratic and allow every player to stretch out, a true rarity in these days of massive rock egos, so the soprano sax player gets to rip some scorching solos, too. “We’ll Talk About It Later” is the recommended album, actually once Chris Spedding left the coolness left with him. Big surprise.

5. Colosseum – Love the early records by Colosseum. If you can imagine Cream with a screeching organist and a wiggy sax player you get a basic idea of what these guys did. The Cream connection was completely intentional as their lyricist Pete Brown wrote many of their lyrics (the amazing “Jumping Off The Sun”) and they even covered Jack Bruce’s “Rope Ladder To The Moon” before he did. The band included the Ginger Baker-sounding Jon Hiseman (from John Mayall’s Bluesbreakers) and the legendary Dick Heckstall-Smith (from the Graham Bond Organisation). Their version of “Bolero” is the only one I can listen to, and once you hear their art school meets carnival fairground sound you’ll be hooked.

6. John Mayall – For a few years John Mayall got tired of losing drummers, and they were too loud, anyway, so he dispensed with them for a few years. He added the excellent John Almond on sax and flute and created a completely original style of electric jazz-blues that was compelling. Around that time his lyrics were about fucking chicks in Laurel Canyon, fires in Laurel Canyon, getting stoned in Laurel Canyon, so imagine this weird, spooky music with hedonistic hippie words floating around, sort of a hippie Suicide. Guitarist Jon Mark and John Almond later formed a band with the same sound, but Mayall did it better. Because he’s John Mayall. Recommended is “The Turning Point”, and “California” is the best song, and there are many tunes about Laurel Canyon you can listen to, heh!

Several bands became famous and made millions playing their take on psych jazz but pretty much descended into blatant progressive rock, like Jethro Tull, The Soft Machine, and King Crimson, but for my money the marginal ones provided the best sounds you’ll hear. Enjoy. 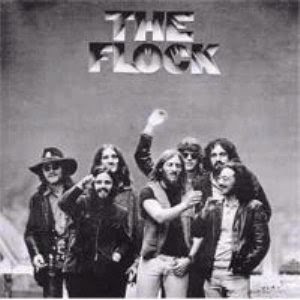