The Hell of Administration 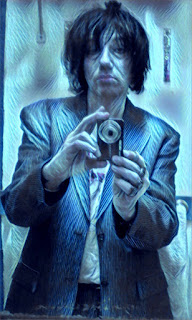 Years ago I worked for local govt.
i'd take my aft. break
standing in front
of the Steppes
of the Hall of Administration
suit and tie
smoking on a big cigar
ragmop cigar
reading the Bible
chuckling to myself
Book of Isaiah
across the street from the
Cathedral of Our Lady of the Angels
Temple Street to be x-act
kids getting off the bus
staring at me
the Devil's sparkle-headed boy
the all-time fallen angel
with a
big swingin' dick
and smokin' one too
fuck you

Today marks the release of my first full-length spoken word CD, Minstrels Anonymous. Tracks can be bought individually for download, or it can be purchased as a CD On Demand. There will be no vinyl or cassette releases (I can't believe people are making and buying cassettes again, but whatever!).

Minstrels Anonymous is my first solo album after several decades of making noise in the trashed-out back alleys of Hollywood. Years spent haunting clubs like The Masque, The Roxy Theater, The Gaslight, The Shamrock, The Hollywood Palladium, The Whiskey A Go-Go, and a million dead ballrooms.

After years of playing ear-splitting noise punk I've settled down to playing neofolk music on my mandolin and free jazz on my pocket trumpet and tenor saxophone. Neofolk is folk music with heavy goth and industrial influences, artists like Death In June, Emily Jane White and David Eugene Edwards, formerly of 16 Horsepower and now Wovenhand, just to name a few.

What prompted a writer who swore off a music career into making a spoken word record? When the pandemic hit and I went into lockdown I released a long-shelved novel, Red Coffee, and then proceeded to work on my poetry compilation, Year Of The Bat.

After editing, re-editing and rewriting Year of The Bat to my satisfaction I sent it off to the DIY publishing house for formatting. What they sent back was a nightmare.

It looked like a drunk five-year old got ahold of the manuscript and formatted the whole thing. Titles in tiny font running into the opening lines of the poem, pages not aligned properly, fonts changing up and down for no rhyme or reason - and not bad enough to even be deemed avant garde, for Christ's sake! It was like they hated the whole project and threw it back in my face.

After a week of nagging me constantly DO YOU APPROVE? PLEASE APPROVE? and then the annoying TELL US HOW WE DID begging, I sent back a message saying KILL IT and I WANT A REFUND.

Instead of crying in my beer about the savaging of my poetry book, I sat in front of my synthesizer. Then I played with my drum machine. Then I turned on my mp3 player in dictation mode and started reading these very same poems. I've since bought a Tascam 4-track recorder, but the earlier recordings have a weird metallic vocal sound to them. That's the mp3 player.

The first recording was Hollywood Is Killing Me, which I posted on SoundCloud. Ideas for new recordings started pouring out of my brain like a leaky faucet. I made the most of my lockdown by staying in and recording constantly, until the album you're holding represents the majority of my aural output for 2020.

As spoken word artists go, my main influences are monologists like Joe Frank, Ken Nordine, Lord Buckley, and the great Gary McFarlane. The Kenneth Patchen album with the Canadian Jazz Quartet was also a major influence on my album.

I made every effort to make each and every track sound unique and separate from each other to avoid any kind of monotony, which can often mar many spoken word recordings. Some tracks have folk backing. whereas others are heavily influenced by early Seventies electronic artists like Ruth White, Delia Derbyshire's White Noise, and Jean-Jacques Perrey.

Minstrels Anonymous is available for download or CD format via Bandcamp.com. You can find it at: https://andysevenltd.bandcamp.com/album/minstrels-anonymous

Newer tracks can be heard at: Soundcloud.com/andysevenltd 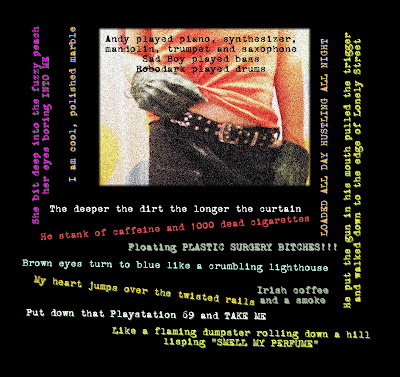