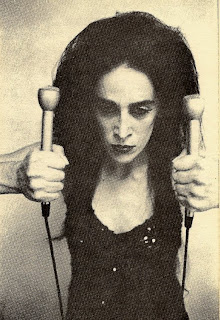 Diamanda Galas 1981 promo from Club Lingerie, she played to maybe 30 people in the club but still sounded awesome, singing through five mikes, all set at different frequencies. A lot of sound from such a tiny lady! 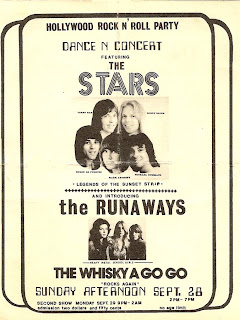 The Runaways at The Whiskey A Go-Go when they were a power trio consisting of Joan Jett on guitar (brown hair), the late Sandy West and Micki (aka Michael) Steele on bass and vocals, ten years away from starring in The Bangles. They were good back then, much better than headliners The Hollywood Stars. 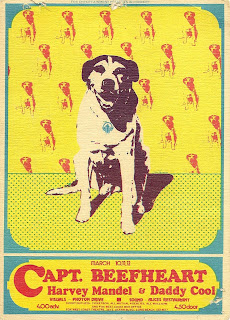 Promo postcard for the 1972 Captain Beefheart & The Magic Band show in Long Beach reported in my blog "There Ain't No Santa Claus On The Evenin' Stage". 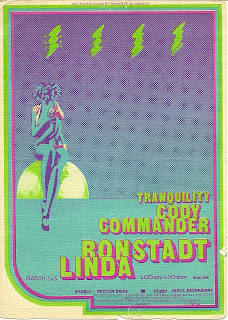 Promo postcard for the same concert series, this time for Commander Cody & The Lost Planet Airmen, a fun band that played a great cover of "Beat Me Daddy Eight To The Bar" and Phil Harris' classic "Smoke That Cigarette". 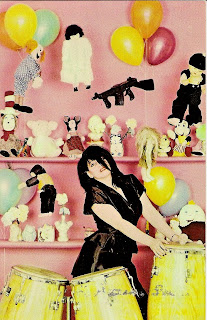 Ze Records promo postcard for Lydia Lunch's "Queen of Siam" album (1980). She wore that black dress to death, and I'm sure she never dry cleaned the damn thing (bleh). I like the toy store concept. 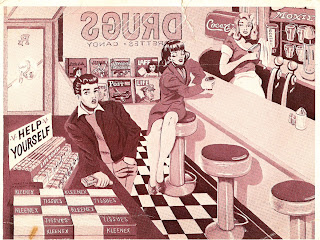 I agree--these images are great.

Thanks, Cindy. I have more vintage rock images coming up in the next few months.