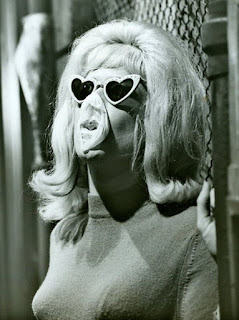 One summer night I was driving home in my car, not paying much attention to the other cars driving by me. In the lane next to me was a car of about four teenage girls, listening to music and having fun. The car started driving side by side with me, not slowing down or speeding up from me.

When we stopped by the light one of the girls leaned out of her window.
"HEY!" she smiled. "What's up! D'you wanna hang out?"
I just smiled back. If she knew how old I was she wouldn't have started up, or would she?
"Hey! C'MON!" she laughed. She was probably drunk or something, but when they realized I wasn't interested, they pulled away and drove off.

This made me think of when I was younger and it wasn't unusual to see a 16-year old girl date a 22-year old guy. It was a generally accepted thing in my high school; it didn't seem like a big deal.

Around the time this carload of cooze happened I read Pamela Des Barres' memoir I'm With The Band, where she writes page after page of dating older rock stars even though she was hovering 16 to 18 years of age. Her friends in The GTOs shared similar relationships, and Frank Zappa even responded with songs like Motherly Love ("...you know it doesn't bother me at all that you're only 18 years old..").

While the male is always characterized as being a lech it's always been a fact that many younger girls are attracted to older guys, sometimes much older guys. At what point did this become viewed as some sort of dirty, sinister thing?

Altogether now...THE INTERNET. That's right, ever since social networking as dictated to one and all what's acceptable and what's not acceptable, we now have to listen to bluenoses proclaim any man dating a young lady as filthy and that immortal Internet word, CREEPY. The Internet loves that word, that and "disturbing".

Listen, if a teenage girl wants to date a rich, old crone I couldn't care less. She's getting what she wants and you know he's getting what he wants and who the fuck is anybody to judge either of them? By the way, if an older woman with stacks of cash wanted to cruise me I'd definitely let her dock in my harbor. Why not?

I fucking hate the Internet. I now have to read how Kim Fowley, a great artist, is a "rapist" (nobody said shit when he was alive...interesting), Woody Allen, another devil, etc. Every man, thanks to the Internet is now a pervert. It's boring and I don't care.

It doesn't matter that Charlie Chaplin, Steve Cochran, and countless other stars married or dating far below their age group and their women didn't give a damn, either. When do you think this whole shame circus started? You guessed it, social networking.

Look, I'm not going to hang around some high school tomorrow looking for ladies to hustle, but I'm not going to flip out over their lack of maturity. And see the average American nightclub keep an underage girl from getting in...please, everything's permitted and it's a consensual thing. Just stay off Twitter and Facebook or they'll stone you like an Islamic tribunal. 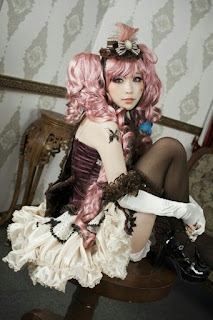