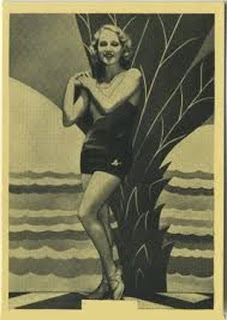 I have no friends. I don’t talk to anyone, ever. I don’t need to talk to anyone. That’s not what I’m paid to do. All that’s expected of me is to look beautiful, stand up straight and act like a Greek goddess. I may not be a goddess but I am Greek. Louisa Angelopoulos; nobody can pronounce my name so they call me Lois Angelus, like the city. Haha, I want to laugh but I can’t because I have to stand up straight while the man with the Zeiss Ikon takes my picture or the art student sketches me or the sculptor studies me before he strikes the marble.

Which is how the scene played itself out that day. While some girls typed in wooden, boxy offices and taxi dancers hoofed it with lonely guys and waitresses ran around carrying breakable china all day I was here with the old German. His art studio was on the top floor of a three-story walk up in Bunker Hill. I held a jug in one arm and held onto a collapsing toga in the other, exposing one breast.

The German, a short, bald man who stammered a lot had a short temper and smelled badly. He stammered a lot except when he yelled, “DON’T MOVE!” over and over again while the only phonograph record he owned, a 78 of “Anitra’s Dance from Peer Gynt” played over and over again. The only thing he could do was chip away at his marble as I kept that deadening pose for hours. The only reason he hired me was because he thought I was German. I am just one inch under six feet, have blonde hair and gray eyes. When I showed him my modeling pictures he periodically asked me. “Are you sure you’re not German?” Right continent, wrong country.

His tea tasted like an incontinent cat so I told him to sit down and I will brew the tea, after I turn over his scratchy copy of “Anitra’s Dance from Peer Gynt”. He would nod his head quietly, scratch his flaky scalp and ask me how a Greek woman could be blonde. I told him I was half Albino but he didn’t laugh. He only nodded his head seriously, see, I’m not paid to talk because nobody’s listening anyway. At least he doesn’t leer at me while I walk around his studio with half my chest hanging out of a toga.

Mr. Wechter paid me to pose for five hours a day, the money came from a rich old matron benefactor from Pasadena , the wife of some publishing magnate. He never spent the money on clothes or cars or floozies. He’d spend it on art supplies and models like me, although I was the one that kept coming back. The others ran away because he always yelled at them or would vomit up schnitzel because things weren’t turning out according to plan.

“I’m a very lucky man”, he quietly said, hammering away. “I have money for my art. There are many people who have lost everything from the Crash, and you, young lady, you stand there yawning!”
I stifled a yawn because we were halfway through the third hour with only one tea break and I wanted to lie down.
“Helen of Troy never yawned!”
“If you brought her to Bunker Hill she would”. My left breast was freezing
Wechter sighed. “I’m tired too. Put on your clothes, go home and get some rest. Tomorrow we will really create some art”.
“Ah, heh, ahem, Herr Wechter, I can’t model tomorrow. I have a Department Store job at 11:00 am, Bullock’s”.
“Bullock’s?” Wechter whined, “Modeling for Department Stores isn’t art”.
I kept my mouth shut but every few minutes he mumbled something angrily about Department Stores. Tough turkeys, I’m a model.

By the end of the fourth hour my arm was aching and Wechter’s muse had left for dinner, lucky girl. He dismissed me early, tiredly waving me off with his hand. It was dark when I left and the moonlight was exceptionally bright this time of year with clouds threading through it so the sky looked like crushed velvet. Walking by the three-story apartment houses on long beams against the moonlight it reminded me of long-legged models draped in dark bolts of crushed velvet. The Fall Collection in Bunker Hill, Los Angeles, California, 1935. 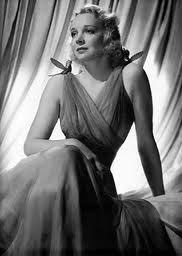 My legs were too long and tired to go bolting down Fourth Street so I ran quickly towards the gate at Angel’s Flight. I grabbed the nearest seat, sat back, crossing my legs and lit up a cigarette. As I was picking out some tobacco leaf stuck to my lipstick I caught a bitter looking fat woman in a sensible hat, huge overcoat and gloves giving me the old fish eye. Her six year-old daughter stared at me open-mouthed with her eyes real wide. Cute kid.

“Don’t stare at the cheap lady, Margaret”, the woman frowned. I blew cigarette smoke in her face. She angrily got up and dragged her daughter to the other side of the coach. “Real ladies don’t smoke. She’s one of those PROFESSIONAL WOMEN!”
This only made Margaret stare at me even more so I winked at her. By the time the old battleaxe was ready to say something even worse about me we finally landed down on Hill Street, so she yanked little Margaret’s arm and raced out of the coach.
The train operator gave me the once-over and said, “Whatta ya know Slim, ride here often?”
“No, but my husband does”, I tilted my head past him and tried hard not to drop my smoke.

Hill Street was jumping, cafes still serving the day’s Blue Plate Special, music from the dance halls echoing up from Broadway. My stomach grumbled as I looked forward to a few carrots and oranges. I walked by one, two, three cafes and I finally broke down. To hell with carrots and oranges. I needed a cup of coffee.

I sat at the counter, crushed my cigarette out and studied the menu. A High Yellow waitress took my order. Grilled Cheese Sandwich and Black Coffee, growl. My stomach almost drowned out my voice. I caught a pasty-faced guy leering at me several stools away but I was too hungry to give him grief so I just looked into my coffee cup.

“Mmm-mmm-mmm, look at that, girl”, a black waitress pointed at the front page of the Herald-Examiner to the High Yellow waitress. “Some rich man hung dead last night. I didn’t come out here from Mississip for no Klan business”.
The lighter skinned waitress shook her head. “The Klan don’t truck with any rich folks. This is a whole ‘nother situation”. While the dark girl sounded Southern country the lighter skinned girl was more East Coast and had processed hair. Y’know, fancy.
“Let’s pitch our tips into a cab tonight, I-“
The fancy girl poked the country girl in the ribs looking at me. “Shhh!” She grabbed the grilled cheese from the counter and brought it to me. “There you are, ma’am. Anything else you like?”
“No, that’ll be it, thanks”, I bit into my sandwich as she refreshed my coffee. The coffee pot knocked over some strawberry pancake syrup and it poured into my cup.
“Shucks!”
The country girl’s eyes opened wide. “That’s a bad omen if I ever sees it. Red coffee!”
The fancy girl and I looked at my cup and the coffee was red and thick like blood.
“Pshaw, girl, don’t go and scare the customers. Look, why don’t you go out back and check if the chef needs help. I’m so sorry, ma’am, I’ll fix you a fresh cup right away”.
“Oh, yeah, that would be grand”, I said, staring at the bloody cup and dipping my sandwich in some ketchup.
“That’ll be twenty-five cents. You can pay any time you like”. I gave her a dollar.
“Keep the rest”, I finished my sandwich, “That should cover cab fare”.
“THANK YOU!” she beamed at me. “Say! Don’t you need this for getting home?”
I got up and grabbed my purse. “I’m walking. I’d like to see somebody try to hang a woman 6 feet tall”.
Posted by Andy 7 at 5:00 AM

I love the the way your words paint the scenery. A super model from the depression era, can't wait to see what happens next.
MORE!

Thanks for the nice words. There'll be another chapter next week, I hope you'll like that too.

I just discovered your blog thanks to Rebecca's link on her FB page! I enjoyed reading this first chapter, can't wait to the next one!

Thanks for the follower add, the stories will continue until October 2011.