You Are Beautiful And You Are Alone 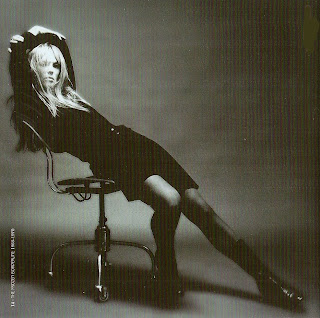 The sunniest song to pour out of my mp3 player in recent memory is Nico’s first single on Immediate Records, “I’m Not Sayin”. In true Nico fashion the arrangement is very pretty and happy but the vocal and lyrics are melancholy. For someone recording their first single it’s a startling performance, her delivery is assured and mature. Nico may be the only artist whose style hasn’t changed or evolved a bit since the start: “I’m Not Sayin” could have been recorded right after “Desertshore” or even “Drama of Exile”; that’s how brilliant she is.

Nico was born Christa Paffgen in Cologne, Germany and modeled since she was a teenager. A fashion photographer christened her after his Greek ex-boyfriend, hence Nico. She followed up her highly successful modeling career with roles in films, the most famous being Federico Fellini’s “La Dolce Vita”, acting sunny and breezy running around a castle in the dead of night.

The turning point in her career was when Andy Warhol amped up the Velvet Underground’s non-existent sex appeal by bringing her to their rehearsal, inserting her into the Exploding Plastic Inevitable Show by telling the band in his calm, almost flippant way, “Oh, here’s Nico, wouldn’t it be great if she sang a song with you?” Conflicting reports of the Lou Reed vs. Nico relationship exist, some saying he felt she imposed on his band, on the other hand he wrote a song and played guitar on her “Chelsea Girl” album. 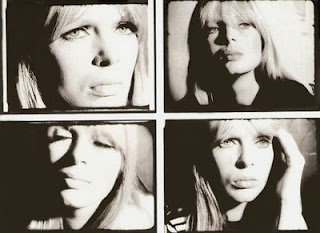 I was first smitten by Nico in 1970 when I saw a photo in Rolling Stone Magazine of a tall supermodel slumped over a tiny organ (her harmonium) playing a composition called “Janitor of Lunacy”. For a troubled teenage boy raised on Frank Zappa and Captain Beefheart records this was my dream girl personified. A few weeks later I went to my favorite thrift store and found a radio station promo copy of “Desertshore” for fifty cents. I put it on and felt like I was being transported to a dark planet. A very Germanic woman sang very mournfully, “You are beautiful and you are alone” was like an ancient goddess sending me messages from beyond the grave, “Meet me on the desertshore”. Joni Mitchell’s fluty whinings of being dumped by Hollywood cocaine cowboys was a joke in comparison.

While many of her fans swear by “The Marble Index” as her magnum opus I have to say that “The End” (1974) was a better work, following her legendary performance of “Deutschland Uber Alles” at a show co-billed with collaborators Eno, John Cale and Kevin Ayers. Her reading of the German national anthem shocked European concert goers at the time, still traumatized by the damage following the Second World War. Nico’s vocal is sad and imploring at the same time, proposing that the Germany of 1974 was vastly different than the Germany of 1937, a Germany of Kraftwerk, Fassbinder and Werner Herzog. She got booed, and simply stated her choice by saying, “It’s just a song”. Von Sternberg would have understood.

Eno’s synthesizer work on “The End” is a revelation, creating moods and textures that highlight the drama and sadness of her songs, like “Innocent and Vain” – listen to the eerie shrieking bird sounds, “It Has Not Taken Long”, and the mournful crying music concrete on “You Forgot to Answer”. Both Eno and Nico’s genius are at their pinnacle on this album. The most priceless moment is her reading of “The End”, especially during ‘The killer awoke before dawn“ segment.

Five years later the post-punk boom hit with Nico playing shows in the United States. I saw her at the Whiskey A Go-Go in 1979 and she was very drunk. She dedicated a song to Sid Vicious and got quite indignant on stage when nobody would buy her a drink. She threw a bottle at me, thanks former dream girl. Nevertheless, it was a good performance, there was “Janitor of Lunacy”, “Genghis Khan”, and “You Forgot To Answer”, so sad even she cried, dabbing her eyes at the end of the song. “I can’t help it, it’s such a sad song”, she remarked.

Three years later she came back with a full band and had a little trouble singing over them. Her songs were still evocative but they were unfortunately bookended by average covers of David Bowie’s “Heroes” and the Velvet’s “Waiting For My Man”. It was still exciting to see her perform, anyway.

In the summer of 1988 in Ibiza, Spain, Nico died in a bicycle accident. She was a few months’ short of her 50th birthday. The legacy she leaves behind is one of the most uncompromising musical visions the music world has ever seen.
Posted by Andy 7 at 5:00 AM