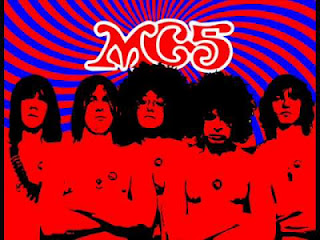 If there is a more burning question than "Boxers Or Briefs?" it's the big musical question: MC5 or DC5? Not that its impossible to enjoy the music of both bands, but there is a slight generational difference. In some ways they're surprisingly similar - both bands have an affinity blues/jazz only presented differently, and both are also extraordinarily LOUD, especially for their time. Let's weigh both bands:

The MC5 (Motor City Five) were the pride of Detroit, Michigan in 1968 and well initially well-known for aligning themselves with John Sinclair's White Panthers Party, not quite as menacing as the Black Panthers, but still a great gimmick, forerunners to The New York Dolls and their red leather drag and Communist flag shtick and many others following that.

In 1969 several labels hit pay dirt cashing in on the Detroit sound, like The Bob Seger System, The Frost, The Amboy Dukes, SRC, The Stooges, Grand Funk Railroad with even Alice Cooper stopping by for an extended residency. Elektra Records signed the MC5 for the terminally loud 'n proud "Kick Out The Jams" showing the band ripping it up with bottomless American flags rolling down miles and miles behind them.

One of the brilliant highlights of Kick Out The Jams was the choice of covering Sun Ra and The Troggs on the same record, pretty audacious for its time and a definite influence on me, as well. If free jazz can't be played on electric guitars then it can't be played on anything, dammit! Wayne Kramer and Fred "Sonic" Smith clearly defined the band's sound with their wild, barley controlled screaming guitars.

Back In The USA was considered a disappointment when it was released, but I think after the utter Mad House riot Revolution In The Streets vibe of the first album a more controlled affair was in order, so you got more poppier songs like Shakin' Street and High School. By the time High Time was released the band was back in full psycho abandon with tracks like Sister Anne, Sonically Speaking - back to the jazz saxes honking like mad - and Future Now. 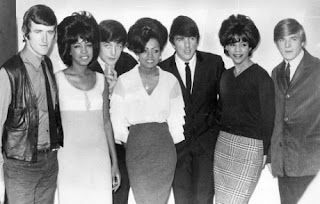 I'm the usually the last to hear good news about anything, so I just recently heard that in 2010 Dave Clark finally turned over at least ten albums worth of material of DC5 (Dave Clark Five) music, three of them containing either unreleased or obscure tracks that barely got its minimum daily requirement of oxygen. Unfortunately they're only available on iTunes, so it's time to pay the Apple piper again. But I digress.

The DC5 were such a powerful force during the British Invasion that they knocked The Beatles out of the Number One position in the charts and in their prime were two steps behind The Fab Four everywhere they went. They followed The Beatles as the second English band to play on The Ed Sullivan Show. It was that serious, but why not? They were sensational.

Unlike the MC5 there was more than guitar army reconnaissance going on: the DC5 had some wicked blues organ playing from singer Mike Smith, who wrote most of the material, and wicked raspy saxophone playing from Denny Payton. Denny Payton occasionally overdubbed his tenor and baritone saxophones together on several songs, sounding not unlike that badass Dana Colley from Morphine.

With Mike Smith's snarling vocals mixing with Dave Clark's military march pounding (pre-dating Gary Glitter's homo stomp by a good 10 years!) and Payton's growling mad dog saxophone, the DC5 tore into R&B standards like "Do You Love Me", "Reelin' and Rockin'" and "I Like It Like That" with vicious abandon.

Equally exciting is the new, unreleased material like "Fallout Shelter", "The Man In The Pin Stripe Suit", and "Return My Love". And how great is it that we can finally enjoy songs like "I'm Thinkin'" and "Say You Want Me" in digital panorama sound instead of that scratchy Epic Records vinyl. Nostalgia is nice but pops and hisses aren't and a good, clean polish only makes the songs sound more demented.

The influence of both bands is far and wide, almost hard to even estimate: MC5 have influenced bands like Radio Birdman, KISS (esp. High Time, listen to Baby Won't You or Over And Over) and The Didjits. The DC5 have clearly influenced bands as varied as The Monks, Slade - check out the stomping drums! and The Ramones, who covered the sublime Any Way You Want It.

If you haven't heard the MC5 lately dust off their records and turn it up, especially Sister Anne. And if you haven't checked out the DC5 on mp3, now's the time to do it before Dave Clark pulls a Walt Disney and pulls the tracks off the shelf, which he's done before. I guarantee it'll clean your clock! 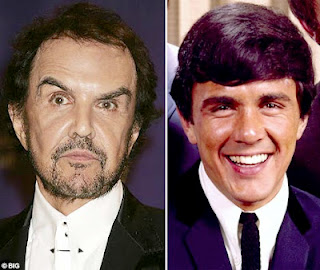