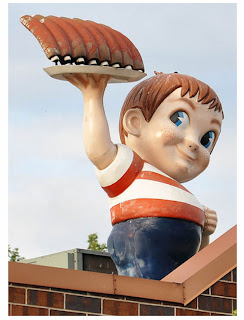 I stood in the alley right by the school yard fence, watching the kindergarten children playing in the yard during recess. I stood right by the sandbox and noticed a gleaming square in the sandbox. It was a photograph, a Polaroid, I guess. Three kids, four years old, squatted to get a closer look at it.
“Eew”, a little boy whined, “it’s a thingie!”
“Stinky finky!” another kid shrieked.
“Yeech, thingie!” a little girl joined in. “Dingie dingie!”

The little boy put his baby finger in his nose and took out a microscopic booger and spread it on the picture. There was baby snot on the Polaroid of a man’s hard-on in the sandbox. The two other kids giggled. The little girl kicked sand all over the Polaroid. The third kid, another little boy, spat on the photo and all three shrieked with laughter. They then grabbed fistfuls of sand and buried the Polaroid in it and jumped on the small mound, shrieking and giggling all the time. I scratched my butt and walked away. I saw enough.

Anyway, I was thinking...if Adam, the first man, was created from dust, why do the rest of us men arise from liquids and fluids we’ve been lying in for nine months? Did we come from the earth or did we come from water? What is our natural element? I’m so confused. I understand less and less as I get older.

I hadn’t worked in awhile and I was down to my last twenty dollars. I needed a job badly and I was willing to take anything, no matter how low I’d sink. I was on my way to Sparky Burger. I saw the large boy shaped like a lightning bolt, Sparky, happily hoisting a plate with a cheeseburger and french fries on it. The other hand held a lightning bolt. Under him was the cheerful slogan, “Sparky Burger, the fastest food in the world: Quick Going In, Quick Going Out”.

I entered Sparky’s and the nervous teenagers behind the counter stared anxiously. Someone asked me if they could help me and I asked for an application. I filled the awful thing out and enjoyed the firm command at the end that stated my urine would have to be studied in order to gain employment at this Sparky’s establishment. All my life I was told I was no good and now suddenly my urine seemed very important to someone. Progress.

I handed my application in. The teenager turned to his right and hollered, “Crawford, we have an applicant!”
A side door opened and a very dour middle-aged black man came out. He shook my hand firmly with a very grave expression on his face.
“How do you do, Mr. Tyler-” He read off the application.
“Taylor”, I corrected.
“Mr. Tyler, I’m Crawford, the manager of this Sparky’s establishment. Will you please be seated?” and led us to some plastic molded tables and chairs designed like lightning bolts.

“Mr. Tyler, I’m looking at your application, and it appears to me you have little experience in the customer service of food preparation business. What makes you feel you are seriously qualified to work at Sparky’s?”
My mouth moved and I spoke. My mind thought, ”How about low self-esteem?”
As I was blowing horseshit about being a good self-starter and enjoying working with different kinds of people he kept tapping his pen against the table with this nobly tolerant look on his face. 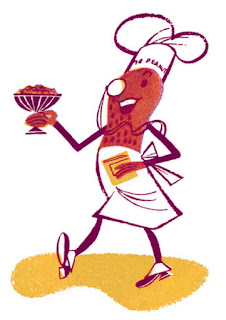 “Tyler, I need to get a good idea how you manage under stressful conditions. This is a high-pressure industry and Sparky’s just doesn’t hire anyone, we need people with good initiative and respond well to high-stress situations”.
I cracked a smile that tore all the muscles in my face. I thought, “For five dollars an hour? Crawford, you’re a fucking comedian”.
“Working at Sparky’s is an immense responsibility, and as such you are responsible for many quick, snap decisions. Let me give you an example”. The pen stopped tapping and he proceeded to furrow his brow thoughtfully and quietly thought hard for a brief moment.

“Let’s say, for example, a customer comes in, orders two Sparky Burgers with cheese, one order of Sparky Onion Pals, and an Orange Spark, you give him his food and he suddenly says, Goddammit, Todd (is that your first name, Tyler, Todd?), I asked for only one Sparky Burger without cheese, one order of Sparky Tater Pals and a Sparky Choco Shake, and he’s raising his voice and getting everyone’s attention in the restaurant, and-”
Restaurant? Is that what they’re calling these shit pits these days? Haw!
“-you’re completely in charge! What do you do?”
I gave him a quick answer and already a disgusted, pained expression filled his tired, exhausted black face that toed the line one too many times, a face that had to tolerate hemorrhoids, cavities in the teeth and a wife who couldn’t be pleased even if he put a leash on his neck and handed her the lead in her fist.

Crawford asked me another stupid question concerning fast food preparation and how it applied to man’s inhumanity to man. As he droned his question to me I glanced out the window and saw three teenage black guys swaggering around the parking lot and elbowing patrons going towards their cars, cornering people and taking their wallets. Every time one of the three would hike up their shirt a customer would hand over their wallet. What the fuck.

“I’m waiting for your answer, Tyler, what would you do then?”
“I’m sorry, Mr. Crawford, what did you say?”
“Follow me, Tyler, follow me”, he sighed impatiently. He repeated himself testily and slowly. “A customer comes in without a shirt on and asks you for the key to the Dynamo Room, which is only available to our customers. You say no and he makes a scene, grabbing fistfuls of our condiments from our condiment counter, yelling at the top of his lungs”. His voice rose and he almost shouted. “Quick, Tyler, what do you do then?”

I gave him a slow, mechanical answer. I wasn’t even thinking about what I was saying. My temples pounded. The boredom ached and I was almost in pain from the mundanity of what I was doing. I saw people all around me at their tables eating Sparky’s fast food. Fat. Fat. All I smelled here was burning fat. These people were being duped into thinking they were smelling food but all it was was the stench of burning fat. It took burning fat to cook their food and everything they were consuming was nothing but burned fat. The smell enticed them and now they were eating all that fat, clogging up the plumbing inside their bodies. But they didn’t care. Sparky’s was the people’s choice.

“I don’t know, Tyler”, Crawford winced painfully, “I’m not sure you’re Sparky’s material, but if you answer my last question correctly you may have a chance of turning this around and changing my mind. Now, what if a customer came in and-” My temples pounded harder. Crawford’s voice sounded more and more like a transistor radio with dying batteries. This is probably what telephones sounded like seventy years ago.

The three teenage youths came in from the parking lot. One was carrying a small, green trash bag. The stolen wallets must have been in them. Duh. Since one of them was bare-chested underneath a Raiders jacket, Crawford stopped talking, glared at him, and barked, “Excuse me, sir, but you cannot enter our restaurant without the proper-”
“Shuddup, motherfucker”, the youth pulled out a gun from his waistband and whipped it across Crawford’s face, which sent him falling over the table next to me.

The youth with the bag ran towards the cash registers with his bag held open. The youth with the open Raiders jacket stood to his side with his pistol aimed at the Sparky’s employees. The third youth wore a ski cap and pulled out a pistol from under his waistband and shot out two closed-circuit cameras from either side of the counter. He then spun around and had his gun aimed at us, covering his two friends.

While the guy in the Raiders jacket was barking at the counter help to turn over all their money, the guy with the ski cap covering us yelled, “Nobody move or I’ll blow your motherfucking heads off, understand?”
I glanced down at Crawford and he was wiping the blood off his mouth and staring nervously. Ski Cap, I noticed, was getting a little tense and nervous himself. All the customers stared quietly at the robbery before them. Ski Cap went from holding the gun with one hand to holding it with both.
As I pulled my gun out from inside my waist, Ski Cap yelled, “I said no moving!”
He fired his pistol, at me and hit the woman at the table next to me in the leg. “Aaagh!” the woman shrieked and grabbed her leg, crying. I knew it. He was a lousy shot.

I peeled off two rounds in Ski Cap’s face and he fell against the counter. The boy with the bag quickly turned around to never know who it was who killed him, because I peeled off two more rounds into his back. One was between the shoulder blades and the other shot went right through the back of his neck. He slumped over the counter in a pool of blood. The boy in the Raiders shirt panicked and quickly grabbed the trash bag out of his dead friend’s clutches.

“Fuck you!” he yelled, firing three rounds wildly at me. I ducked behind a table, but it didn’t matter because he couldn’t aim better than his dead friend, and put two rounds into the window, and one into a large cardboard display of Sparky happily holding up a plate of Sparky Electro-Tuna Tacos. Raider Shirt ran out into the parking lot. He hopped on a motorcycle. I ran out after him.

I jumped him from behind and pulled him off his motorcycle. People across the street and all around us were just gaping at us fighting it out.
“Get the fuck offa me, bitch”, he grunted. He kicked me in the face and leaped back on his cycle. He kick-started the bike and I ran right in front of the bike, pulled out my gun and let it loose, blowing his face clear off his head. He fell off the bike instantly and thudded to the ground like a sack of wet shit.

The motorcycle revved up right at me and popped a wheelie, knocking me over and still flying on a wheelie right through the front window of Sparky’s, smashing glass all over the place. I was dazed and stunned like a Sparky Burger-bound cow and crawled past the dead thief through the parking lot, crawling away from the noise and the blood and the broken glass to the civilization of my lonely apartment. 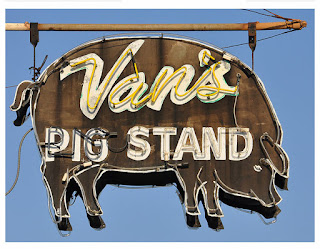 Crazy! What happened to Crawford?