Return of the Son of Poetry Corner 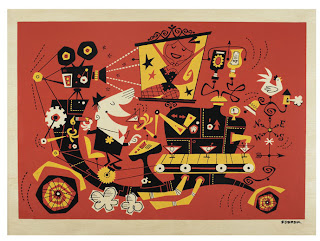 Tuesday night at the bohemian club
I came in wearing a raincoat
A snarky hipster sneered, “Is it raining outside?”
“Yeah”, I replied, “Meteor shower”
Snarky guy sneered down his sleeve, petted the club cat
Then he rubbed his eye
He rubbed it some more
And rubbed it like a magic lamp with no magic
Some cat fur got in his eye
And then his eye swelled, and Swelled, and SWELLED
It looked like he got punched real hard in the eye
Which would have been nice
But instead it looked like a gaping vag with a BB gun bullet inside
His eye looked like blinking pocket
A tobacco pouch that blinked
The cat didn’t want him to pet his ass anymore
Now the hipster looked like Quasimodo
And scared the cat
That goes to show you what a meteor shower can do
Meteor shower at the boho club.

Answering Machine Message From An Asshole

When I was a little kid
KHJ-TV Channel 9 Los Angeles
Had a TV show called The Groovy Show
Taped on Santa Monica Beach
I stood around watching it groove
Kids in bathing suits dancing to The Castaways
“Liar Liar”
The host was Michael Blodgett blonde bubble-headed boy
Bikini contest, Michael:
“What’s your name, sweetie?”
“Trish from Cerritos”
“That’s a far-out bikini you’re wearing Trish”
“giggle”
“And you are?”
“Casey from Norwalk, tee hee”
“A polka-dot bikini, do a twirl for us, hon. What are you taking in school?”
“I’m studying to be a nurse, Michael, titter! Go Bruins!”
“Far out, aaaoooww! Outta site, Foxy!”
After watching them tape for 20 minutes I’d go up the steps to the pier and play pinball
“And now back to our dance contest – Cannibal and The Headhunters”
“Land of A Thousand Dances”
Posted by Andy 7 at 1:30 PM

I'm still waiting for you to call me back! I swear you'll die laughing.