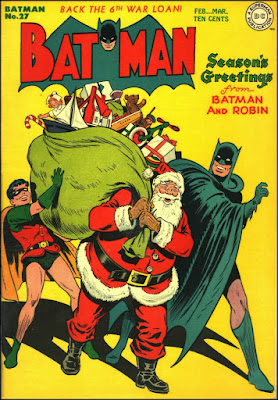 I've heard more than a few people complain about Christmas music and how vapid and horrible they find it. Some people hate really religious numbers like "O Holy Night" and others hate pop tunes like "Silver Bells" or that thing about chestnuts roasting. I agree about the overwhelming sentimentality, however there are a few tunes that bring up images of Christmas without broaching upon issues of religion or spending money on presents.

A pretty good example is The Beach Boys' Pet Sounds album, which sounds very Christmas-like, songs like "I Know There's An Answer" or "God Only Knows". You could play Pet Sounds all through Xmas and still get the holiday spirit. And old JC or Saint Nick get no mention anywhere in the lyrics.

At any rate, here are a few of my personal selections of music that could convey the Christmas spirit but don't get enough play.

Taken from the Clockwork Orange soundtrack album, this particular track definitely conjures images of wintertime solstice and Christmas joy, courtesy of the great mind of Ludwig Van Beethoven. I'm not sure the extremely violent footage from the movie accurately conveys that Christmas spirit, but enjoy the music anyway.

By the way, I remember The Beatles singing Beethoven's Song of Joy in the movie Help! to calm down a wild lion from tearing Ringo apart in a German cellar. Great movie!

While not a Christmas song at all, but still an inspirational tune written by Bahamian guitarist Joseph Spence, Van Dyke Parks' arrangement is one of the most surreal ever recorded. Parks bangs gospel piano sounding more like a roadhouse saloon, all Elmer Gantry grooves galore while a robust choir sunnily chant the lyrics, the volume of their voices going from fortissimo to pianissimo and then back again, the timbre shifting up and down like the waves of the sea. Salvation Army horns blast away with a strong Charles Ives southern gothic flair, and the whole thing is alternately exhilarating and horrifying.

I remember hearing this first on the Warner Brothers Records compilation "Looney Tunes and Merrie Melodies" in 1970 and never forgot it, so hearing it again on You Tube is nothing short of great!

The Man With All The Toys - The Beach Boys

The standout track on The Beach Boys' Christmas album is this merry song about Santa Claus, a very perky little number with a light wintry guitar sound. It's funny how they have Santa Claus on the brain, what with this tune and Little Saint Nick also praising the great toy giver.

A pretty jazzy tune about Christmas for hipsters sung by Gladys Bentley and featuring the great tenor sax playing of bebop icon Dexter Gordon. Bentley's definitely no Dinah Washington, but that's okay, this one's strictly for Gordon fans. Another cool Christmas song played by a legendary jazz giant is It's Christmas Time by The Qualities featuring Sun Ra.

Other songs I could mention is Slade's million-selling "Merry Christmas Everybody", Roy Wood's Wizzard's goofy "I Wish It Was Christmas Every Day", and Jethro Tull's dour message tune Christmas Song. No matter what the genre of music there's no shortage of Christmas music that's bound to be halfway fun to listen to without resorting to depressing maudlinity. Yeth! 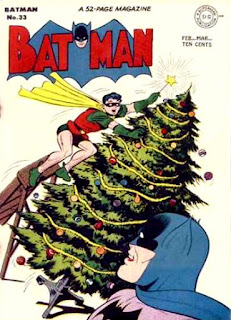 Another tiny pleasure is this brilliant Mad Magazine beatnik takeoff on The Night Before Christmas illustrated by Wally Wood. Mad Magazine, beatniks, and Wally Wood; it doesn't get much better than this: 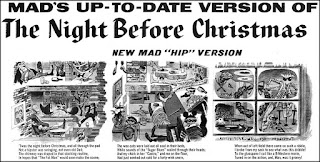