The holidays always look differently when you don't have a lot of money to play with, and I'm not talking about being homeless. I'm talking about being heavily in debt and pouring all your money into paying all the money lenders off, becoming so bad that all your credit cards have been shut down. Drat. It makes you see ridiculous things in a different way, like emails from the same vendor sent to you three times a day: "SALE!!! SAVE NOW FOR THIS HOLIDAY SEASON!"

Yeah, it's bad: I'm so skint I work two jobs, seven days a week and still not really making a dent in anything. But Best Buy and Nordstrom Rack don't care. There's this constant nagging to spend unlimited amounts of cash which you haven't got. I'm at my poorest in I don't know how many decades: maybe three? It's despairing, but I'll pay everyone off.

This constant banging on the door of our lives making us pay for crap we don't really need:
"BUT THESE SHOES LOOK REALLY COOL!"
"You already have FIVE PAIRS of shoes you barely ever wear!"
And that's me, not my wife.

Being broke allows you the insight to see that your holiday should never be defined to how much crap you get or even how much you buy. As long as you're not coughing out bloody phlegm from an acquired cold or scratching your chapped hands until they're raw then you're having a great holiday. 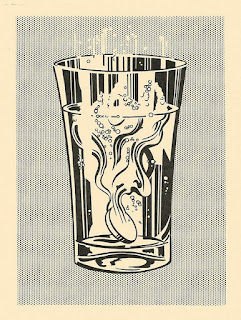 Of course nobody's buying books anymore. Actors and rock groups and models and standup comedians are on talk shows every night. How often do you see an author on a talk show? How are books supposed to sell if television ignores the written word and people of letters?

Once upon a time, talk show hosts like Dick Cavett and Merv Griffin(!) had writers on their programs on a regular basis. I vividly remember seeing Henry Miller on the Merv Griffin show in the 1970's, back when people used to read and regularly buy books. He was a pretty interesting guest and I'm not even a big Miller fan.

Television is one of the best promotional tools around, and there's no better proof than when Harvey Pekar used to appear regularly on Late Night with David Letterman, which immensely goosed up sales for his books. Unfortunately, if TV insists on ignoring writers then books will never make money. Would it really kill people to see James Ellroy or Joe Lansdale on a talk show? I think they would be great.

I think the great fear is that many writers would probably punk out these lame hosts and outsmart them and out-talk them, but so what? It wouldn't be the end of the fucking world. So Harlan Ellison told you you were stupid. Control freaks! I hate them all. 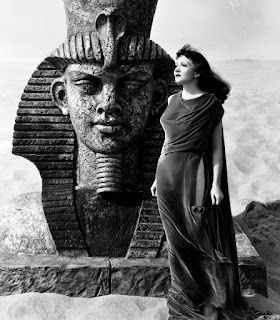 Recently I watched Cecil B. DeMille's Cleopatra, the closest thing to a Ken Russell film not made by Ken Russell. Claudette Colbert pouring on the sexy charm with aplomb, more playful than Elizabeth Taylor's strident performance; Warren William as a cool, very likeable Julius Caesar and Henry Wilcoxon as party boy Marc Antony. 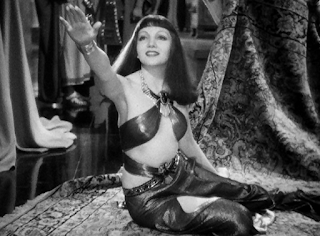