Cockfight - For Those Who Missed It 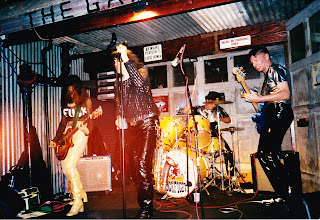 Cockfight was a four-piece band in the early to late Nineties that combined acid-rock metal guitar with jazz white-noise saxophone to an industrial machine punk rock beat, all dressed up in glittery glam clothes. You got a little Cramps, a little GBH, a little Sun Ra, and even some Sunset Strip metal. Like most of my music projects it was a little too much for the average rock crowd. We always did well outside of Hollywood and our only fans in Hollywood were mostly gay music fans, adopting us to play their clubs and rock showcases at The Abbey and The Garage.

I formed Cockfight as my regular band Trash Can School began falling apart, due to widely divergent musical and personal differences. One night I swung by to Rebecca's rehearsal studio to pick her up after her band Bitchcraft's rehearsal. As I sat by the front door waiting for her to finish I was getting increasingly more and ore blown away by her effortless facility to alternate between lead and rhythm guitar and sing at the same time. Her abrasive guitar tone was so incendiary it reminded me of Jimi Hendrix playing on "Manic Depression" and "Fire". I didn't need three guitarists any more because she sounded like three guitarists playing at once. 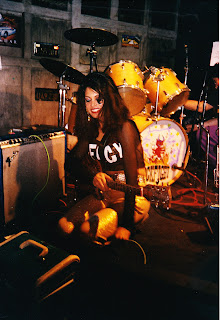 The first Cockfight rhythm section featured Rita D'Albert from the Pandoras and pre-Lucha Va Voom on bass guitar. She was a good, solid player and totally fit in with our space invaders glam rock style. She even smoked silver cigarettes. On drums was Erick Blitz who looked like he belonged in The Makers, eschewing a garage rock meets glam style. 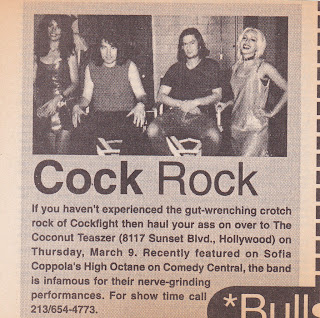 More offers for TV and recording followed: Cockfight recorded "The Stoner and The Stripper" for the Flipside Records compilation "The Devil You Know, The Devil You Don't", and Rebecca even got an illustration on the CD sleeve, too. Her style production friend Elizabeth Tobias filmed a video of the song with us performing on a huge Ed Sullivan-show type stage with guest star Ron Jeremy doing a Chippendales male stripper routine for an unruly crowd of funny money wielding grandmas. Erick Blitz left the band by this point so our friend, film director Roman Coppola sat in on drums.

Cockfight took a short break for two years and with a new rhythm section recorded a seven-song CD. Bo Kjaer played bass and surf documentary filmmaker Fran Battaglia played drums. The CD featured songs that ranged from punk blasts like "Liquor Store" to psychedelic ballads like "Lil' Albino Boy" and even drummed up a propulsive cover of The Plasmatics' "Sometimes I". 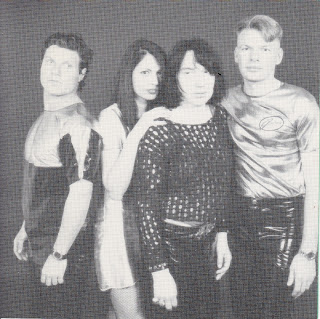 Unfortunately, in spite of all the breaks Cockfight was a tough sell given the tempo of the music scene was largely driven by jangly guitar sounding college pop bands, mostly headed by bookish looking snobs with thick horn rimmed glasses and drab Science Fair Geek clothes. Cockfight's brand of atonal glam-o-rama was too rock & roll and out of step with Seattlemania.

Cockfight, for me, was the last hurrah in playing music. Our last show was at Headline Records on Melrose (thank you, Jean-Luc!). After playing in bands for over two decades I thought it was time to find other avenues to artistically express myself, with writing providing a lot more gratification than anything. With occasional guest shots sitting in with Pressurehead, Pygmy Love Circus and The Anubian Lights it was time to simply call it a day. Cockfight, the legend and the legacy: To keep it noisy and look amazing doing so, Glam Noise forever!

Cockfight CDs and downloads can be purchased here: https://www.cdbaby.com/cd/cockfightmusic 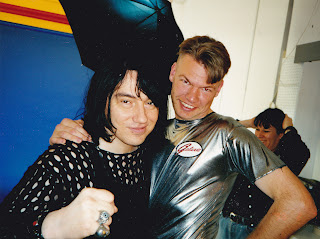