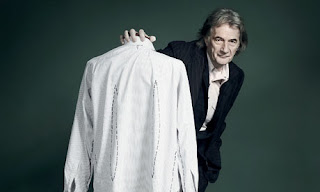 To be perfectly honest the world of menswear hasn’t seen too many designers of utter genius. Rei Kawakubo (Comme Des Garcons) and Burberry immediately come to mind, Kenneth Cole comes close, but for the most part the most brilliant work has been largely reserved for women’s fashions. Then there’s the work of Sir Paul Smith, letting us in on what makes him tick in a recent French television documentary. Every thing he says and does in this doc can serve as a valuable lesson in fashion design.

Originally from the town of Nottingham, Paul Smith opened a boutique with his future wife Pauline, a fashion student from the Royal College of Art. She pretty much steered him in the right path of design, which helped build his name by combining vintage British tailoring with colorful and occasionally flamboyant fabrics, lining choices, notions and unique finishing. Because he started with average, white shirting material, he decided that the only way to stand out from the pack was by jazzing up the finishing and implementing unconventional colored buttoning, never forgetting his trademark multicolored stripes emblem, looking like some unholy psychedelic bar code. The Paul Smith approach from Day One was to continue the tradition of British tailoring with enough weird tweaks to keep it new and eccentric. 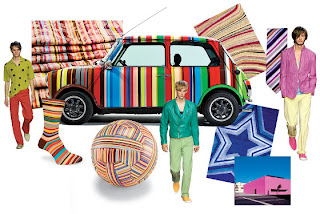 Shown in his Covent Garden office with thousands of books, toys and swatch boards surrounding his desk, Smith works in his headquarters on 20 Kean Street, a five-story building which also houses his assistant designers, art and marketing staff. Smith even takes time out to goof off with his vintage Mr. Machine toy – I’ve got one, too! Anyway, he’s shortly seen conducting an office meeting with designers and managers about the focus and concept of his new line, using of course vintage rock album covers. But dig the bizarre choices!

Example Number One are photographs of Sixties era Frank Zappa(!) wearing an occasional suit, looking smart and dapper, but not without Smith mentioning that Zappa also wore a gorilla-fur coat. The point being made is that in Rock & Roll smart tailoring goes hand in hand with the unexpected. His head designer Simon steps up and shows custom printed textiles influenced by album cover art. 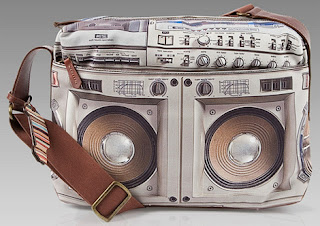 Example Number Two is The Stone Poneys, Linda Ronstadt’s pre-solo folk band with Smith pointing out cool folk-rock style, mixing vintage beatnik with then current acid rock looks as a target design. This style at the time consisted of heavy coats, tight striped pants and furry hats, a style best popularized by John Philips of The Mamas and The Papas, among others.

Example Number Three, if it wasn’t weird enough, is Kraftwerk and the Kraut Rock look in general. Kraftwerk's tailored and dapper looks from "The Man Machine" and "Trans-Europe Express" are held up as examples of clean lines and fine-line tailoring. The bottom line, Rock & Roll has always been about style and fashion. My blog title last year said it all: “Once Rock Stars Looked Like Models But Now Models Look Like Rock Stars”.

Coming from most designers, the whole R&R fashion rigmarole would sound like so much chin music – John Varvatos, great fan that he is, can get tiresome with his fandom, but Smith is the real deal. Smith talks about his youth in Notting Hill, sleeping on floors with legendary blues musicians like Zoot Money and Grahame Bond. 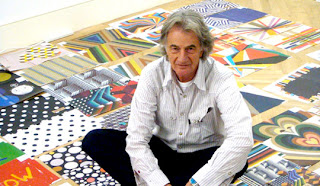 British rock style in the Sixties, Sir Paul explains, put a twist on traditional British dandyism by incorporating women’s fabrics for men’s tailoring at bespoke tailors on Savile Row. As a result, sometimes bands were ripped off by the tailors when they used old curtain fabric rather than real material, passing it off as psychedelic enough to be cool. Smith proudly shows off designs he made for bands like Led Zeppelin (trousers for Jimmy Page!) and Pink Floyd.

Not above clowning around in front of the camera and or his staff, Smith even advises his Paris Fashion Week models (including Andrej Pejic and a frightened-looking Miles McMillan) that it’s okay to look happy and even smile when walking down the runway. The down to earth attitude about fashion includes modeling, where it’s stressed that models need to look interesting rather than gorgeousperfect.

A designer as celebrated as Paul Smith could very easily just rest on his laurels and take himself seriously like less-successful designers (he has 200 stores in Japan alone), but what makes Smith so cool is his restless search for inspiration and lack of propriety in an art and industry increasingly ceremonial to the point of atrophy. In this regard, Smith might very well be one of the most Rock & Roll designers in an industry rampant with imposters. 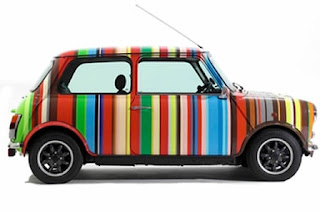 I completed the Paul Smith store when their crew bailed after spraying the neighbor's compound with hot pink stucco while watching a cute chick walk by. i went to the opening party in a 3500 dollar custom made Claire Joseph (a local Hollywood brand) tux.....i only wore the jacket, a led zeppelin concert t-shirt, jeans, and flame converse with red laces...........to be greeted by paul himself saying to me "RRRRRRRrrrrooooock and rrrrrroll." he is a groovy cool cat in my book! nice piece.