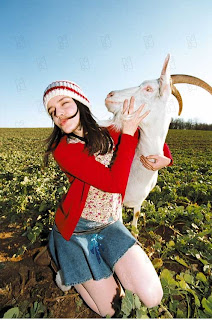 Trashy, nutty and absolutely demented, “Sheitan” is one of those films that’ll leave you scratching your head wondering what the hell you just watched for the past 90-plus minutes. Sure, it’s a horror film, but one that treats Christmas Eve as a satanic ritual. It’s that twisted!

“Sheitan” begins with a clique of hip-hop club kids led by the annoying Bart (Olivier Barthelemy), a rowdy punk who tears shit up who basically gets his French ass handed to him all through the movie. He meets a comely nymphet, the mysterious Eve (a terrific Roxane Mesquida), and since he doesn’t have any wheels, persuades his pals to take them to her home so he can bang her silly. Here’s where the trouble starts.

The clique is a veritable United Nations of teenage immigrant punks, one from every continent, i.e. an Asian pal named Thai, an African guy (Ladj), and his date for the night, a cool Perisan girl named Yasmine, all out for sex and thrills. 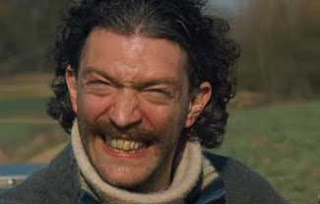 Eve lives on a farm in the middle of Nowheresville, France, where they meet her uncle, Joseph, a creepy farmer played with lip-smacking relish by Vincent Cassel, much better here than in the turgid “Black Swan”. Joseph, looking like some demented Jethro Tull roadie, is all smiles, charm and racist remarks about the visiting ethnic teenagers. Before anyone can call him on his nasty remarks he treats everyone to a squirt of milk from an overly pregnant goat. The only taker is Eve, who happily gets on her knees and takes a fresh goat titty squirt of milk in her mouth. 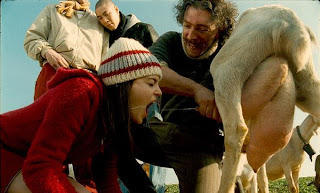 Raising the blasphemy level ever higher is the fact that this all takes place on Christmas Eve, with the plan being that Joseph’s wife/sister Mary will be giving birth that night to a young Satanic king. Cassel plays a great French Satanist, investing generous amounts of dogma to his passionate speeches about the Devil and his omnipotence. 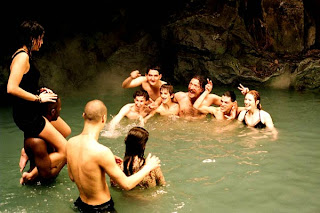 “Sheitan” is filled with great scenes of debauchery and depravity, one standout scene being a naked battle between Joseph, the urban club kids and the inbred farm kids. What starts out as good clean fun degenerates into raw aggression, with Bart once again getting his face smashed in.

The film reaches its grand climax when the clock strikes midnight turning the night before Christmas into Christmas Day, when Joseph’s wife Mary breaks her water and drops her baby. The baby, as it happens, is a doll with newly installed human eyes, eyes belonging to…guess who? 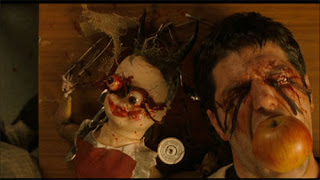 “Sheitan” will never be accused of being great art, but it’s trashy good fun and far more interesting and twisted than any teenage horror film produced in the past twenty years. Kim Chapiron directed and Vincent Cassel co-produced this dirty little gem, a pretty wild piece of French filmmaking that’s an antidote to junk like “Amelie”. It's also the only horror film about Christmas worth a damn, for whatever that's worth.

I recently saw Gregg Araki’s 1995 film “The Doom Generation”, a combination of Jean-Luc Godard nouvelle vague and Richard Kern erotic psychomania. The Godard influence can be seen in the first half with his patented hipster frolicking of “Band Of Outsiders” and “Pierrot Le Fou”, even down to naming his three main characters Red, White and Blue. The Richard Kern influence begins with Rose McGowan pinch-hitting for Lydia Lunch by playing the cunty vamp, culminating into a full-on, explosive Cinema Of Transgression finale, where a gang of jocks brutally assault Red, White and Blue while reciting “The Pledge of Allegiance”. Pretentious as hell but still worth a view. Outside of “Mysterious Skin” I don’t think Araki’s made anything else of substance -Smiley Face, Nowhere, Kaboom are just plain awful- but at least he knows how to grab your attention. 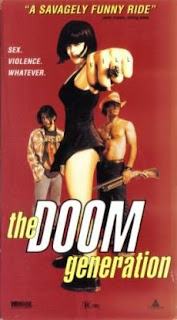 Time to re watch.