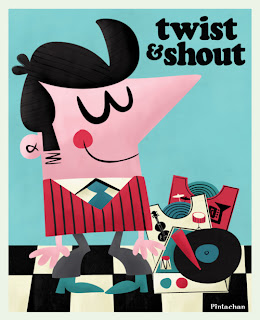 It was the 4th of July 1976, the 200th anniversary of Independence Day in the United States. Although everyone threw parties and I resisted an offer to drop acid and watch fireworks, I held my ground to celebrate in the quietest way possible. Who was I kidding? I went that night to The Starwood to see Jr. Walker and The All-Stars.

The Starwood was in West Hollywood on the corner of Santa Monica and Crescent Heights Boulevard, was formerly know as PJ’s in the Sixties, and was later owned by Eddie Nash of The Wonderland Murders notoriety. It was an enormous club of disco proportions, which is to say there were many grottos to do drugs in, a dance room where Rodney Bingenheimer spun records and a huge concert room with a balcony.

It was a pretty strange night, don’t ask me why. I was one of the few white kids in the club, and actually, the club wasn’t too packed. The club goers that night, on average were black couples in their late thirties to early forties dressed in their Sunday best. Suits with ties, the gals in their classiest dresses festooned in even classier jewelry, very elegant when they hit the dance floor looking oh-so serious to Jr. Walker pounding out the hits – “Shake And Fingerpop”, “I’m A Roadrunner”, “What Does It Take (To Win Your Love)”, and the immortal “Shotgun”. It was easily the most offbeat audience I’ve ever seen rockin’ out in all my years of nightclubbing. (Second place goes to a lot of grim, handicapped lesbians at a Patti Smith show in 1975).

Jr. Walker and The All-Stars had the most diamond-hard piercing sound I’ve heard, the guitarist peeling out riffs effortlessly while the organist hit grooves like a well-oiled machine, all topped by Junior Walker’s ear-splitting saxophone playing. As soon as I got home I pulled out my horn and started honking like a silver-plated demon. Memories are made of these. 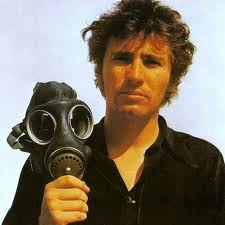 Another summer night at The Starwood was even weirder, if possible. In 1974, my friend Chuck and I decided to go there on a boring Saturday night to get drunk and hopefully laid. As long as we got connected we didn’t even care who was playing that night. Well, it turned out to be Tim Buckley, and he was no longer strumming an acoustic guitar.

The only previous exposure I had of Buckley was his appearance on The Monkees performing “Song To The Siren” and a mellow track on the Straight Records compilation “Zapped” titled “I Must Have Been Blind”. When I saw his name on the Starwood marquee I feared beat folkie Troubadour acousticness. How could I be so wrong?

Buckley had an electric band backing him and they played a powerful groove that went on and on, songs with sexy lyrics like “Get On Top”, “Move With Me”, and “Sweet Surrender”, every once in a while yodeling like Leon Thomas’ electric bastard son. It was pretty overwhelming stuff, and while it didn’t make me run home and break open the sax it was still a night to remember. And I didn’t get high or laid that night, either.

I recently watched an epsiode of "Classic Albums" on VH1-Classic and the album being profiled was Black Sabbath's "Paranoid". One of the weirdest tidbits was the admission that "Fairies Wear Boots" was about skinheads and how they used to bully the band in their neighborhood. Can you imagine these fucking thugs being immortalized by Ozzy as being a bunch of fairies? That's pretty funny and harsh at the same time.

Another show I watched on the same station was a sketchy documentary on Lemmy which almost avoided playing Motorhead music. Outside of "Ace Of Spades" and "No Voices In The Sky" and another track from "1916", it was mostly Mr. Kilmeister playing rockabilly covers(?). I don't even think there was any mention of The Rockin' Vicars, his work on Stiff Records or his legendary days in Hawkwind. Pretty weak! 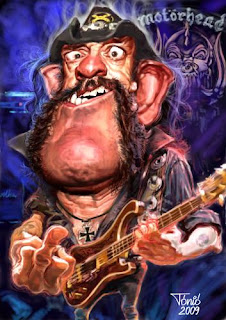 You find the best images for your blogs and have the knack of making things I don't like sound fun. Now tell me more about the strange Patti Smith concert.

I wrote about it in a 2009 blog called "Did Somebody Mention Patti Smith?"