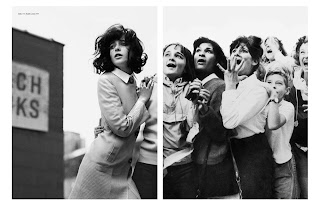 Clothes might make the man (or woman), but selling them in editorials make the clothes more exciting for all of us. An editorial can be an amazing collaboration between a magazine’s art director, the photographer, and even the models themselves. Three recent shoots really made a big impression on me, and they’ve also made quite a splash in the fashion world, too. 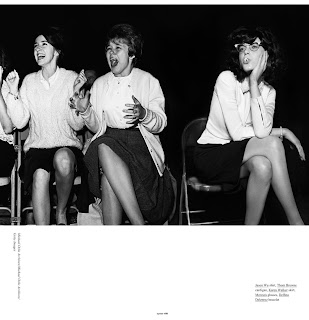 Stav Strashko (last week’s blog cover boy) is in the Andrej Pejic tribe of androgynous models, meaning he does quite a bit of drag. One of his most infamous photos showed him dressed as a French maid on his knees doing a bit of dusting with a cig dangling impudently from his lips. Very drag badass. 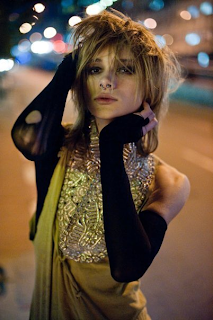 In this group of pictures he’s modeling some cool rock wear and probably some ladies wear, too, and styled to look like an elegantly wasted rock star, down and out in the streets of Paris and London. Just like the Tati photo shoot we’re seeing some great vintage rock imagery showcasing some brilliant new fashions. 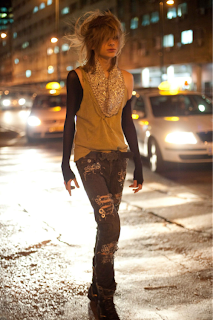 One of the most controversial and outrageous photo shoots in recent memory is the “Battle of The Sexes” for Forward by Elyse Walker shoot featuring Andre Pejic as the abused girlfriend and Erika Linder as the abusive boyfriend.

Photographed by Sara Saric in Robert Longo style, this would be a fairly offensive editorial were it not the fact that both parties are absolutely brilliant in their gender-reversed roles.

Fashions worn by Ms. Pejic are from designers as diverse as Proenza Schoeler, Stella McCartney, Lanvin, among others. Erika’s modeling Givenchy and Rick Owens.

If there is one thing these models all have in common, it's style, and style is the invisible cosmetic they wear that captures our imagination. Bottom line, whether fashionistas run out to buy these designs or not doesn’t matter because once again, the sizzle’s usually a lot better than the steak. Presentation is everything, and the audacity of these rock-inspired images make an enormous impression that lasts.

Glamor boys are making me want to step up the make up. Fashion and rock is more than shoving a model in a new York Dolls T-shirt. I really hate seeing models holding guitars that don't know how to play.
I love these photos, I want to be there more than I want the clothes.