This Is My Boom Stick 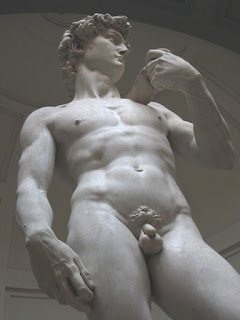 When I was held captive on Planet of the Primitive Screwheads (aka “Yelp.com”) I made a friend on the site and her name was Max Power B (RIP). She was great but would occasionally boast about the number of times she got kicked off the site for talking about her vagina. Although I wasn’t offended I always thought people who bragged about their private parts lived on the corner of Disgusting Avenue and Who Gives A Damn Boulevard. But I guess I’ll show a little respect for the dead…this week. So, here it is, Barbara Ryan (RIP), this one’s for you. No, not my shvanze, my new blog. (I’m no necro).

I shouldn’t take sides in gender battles, anyway, because I hate stupid guys who give girls a hard time for getting breast implants. There they are like donkeys, braying with laughter at women with fake tits. You just know if they could change the size of their penis they’d do it in a second. On the other hand I vividly remember losing my appetite at the coffee shop when some numbskull stood in line waiting to be seated, wearing the tightest pair of bike shorts I’ve ever seen. The world doesn’t need to see that pair of eggs and sausage with their omelette! Yuck!

Men obsess over their size and if they’re big enough to please a woman. Much ado about nothing, says I. I knew a woman who only went for guys with tiny peckers, she wouldn’t touch a guy over four inches. I’m sure the playing field was pretty large for her.

The great thing about a penis is that it’s the first toy a boy can get. Some of us get great, big toys from Mom and Dad and some of us get, um, something smaller than Hot Wheels. But no matter how big the size men have to show it off just like the chimp at the zoo. Or Jim Morrison in Miami, committing career suicide. I don’t know if I can ever make the leap into playing Show and Tell. It’s not my idea of fun.

I could’ve written more about dicks in general for this blog, but to tell you the truth the internet has a funny way of trivializing sex. Or maybe I’m just saying that sex is only interesting when people add it to a romantic experience and make it special. I guess I don’t have the balls to toss it around for discussion with total strangers on the internet. I’m such a dick!

P.S. Well, that was easy, not once did I brag about my “stimulus package”. On the other hand, when it comes to my cute, perky tushie, well you've got me bragging.
Posted by Andy 7 at 4:59 AM

This was funny as hell. Thank you!

Your blog keeps getting better and better! Your older articles are not as good as newer ones you have a lot more creativity and originality now keep it up!