What We Do Is Lousy 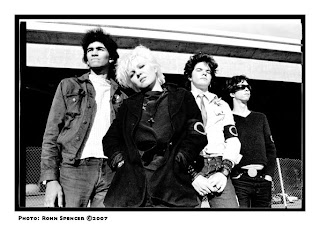 A Review of The Germs Biopic "What We Do Is Secret"

In the movie "Pee Wee's Big Adventure" the film ends with a highly glamorized movie about Pee Wee's exploits starring a heavily-coiffed and dashing James Brolin with his tomboy girlfriend Dottie played by TV soap ubervixen Morgan Fairchild. While it was one of the many funny moments in the film, life, as they say, imitates art.

Just like the Pee Wee movie the roles of the anatomically incorrect Germs have been cast with actors a little too anatomically correct. While Darby Crash hasn't been cast with James Brolin, he is portrayed by a bizarrely mugging Shane West who pitches Darby at a Jack Lemmon-meets-Jello Biafra intensity level, delivering the Darby manifesto with a Ryan Seacrest style of enunciation. Never mind Crash had one of the whiniest gay voices pitched at a super-nelly lisp, his gay sexuality is only hinted at here and left, of course, in the closet. Pat Smear is one of the tallest guitarists around, so it's funny to see Darby tower over Pat in the movie.

The movie begins with The Germs struggling for attention at The Orpheum Theatre, but I remember the earliest punk gigs were promoted by The Nerves at the Sunset-Gower Studios. There's no mention of drummers Cliff Hanger or Donna Rhia in the movie, but instead have been replaced by some bookish girl composite of them. Cliff Hanger was quite a flaming terror and should have gotten a smidgen of face time in the movie, but that's part of the problem with the film. Homosexuality barely even exists in the film, a real crime because The Germs as well as the original L.A. punk underground had a sizeable gay presence. The silent treatment it gets in the movie is unforgivable. The fullest extent of Darby's homosexuality shown in the film is a futile attempt to make out with Rob Henley in one scene. Wowie zowie!

Kickboy Face, Rodney Rodent Bingenheimer, Amber, and The Screamers are recreated perfectly for the flick, but others aren't so well imitated: Brendan Mullen never had long hair when he ran the Masque, Belinda Carlisle was overweight until The Go-Gos broke up (she's Heidi Klum-skinny in the movie), Lorna Doom was rather chunky, too, and never tried to make out with Darby, etc. The gigs depicted in the movie were also incorrect. If The Germs are listed as technical consultants for the film they must have done a bunch of bullshitting (big surprise! heh), because I was there and remember things differently. Such as:

* The Halloween gig at the Hollywood Roosevelt didn't have bikers for bouncers; I don't know who came up with that brilliant idea, but that didn't happen. Actually, after four songs into the set the Hotel cut the PA off and Darby threw a temper tantrum screaming, "They won't let us play anywhere!" and smashed a mirrored post with a tire chain and ran out of the club. Since it was Halloween the band all wore KISS masks and finished the set playing instrumental versions of their songs. It was actually quite brilliant. The movie didn't show this!

* The Xmas show at The Whiskey A Go-Go didn't culminate in a fist fight on stage because Don Bolles jumped on stage. It was because Pat started a fire on stage and when a bouncer tried to put it out from the floor Pat kicked him in the face. When another bouncer tried to intervene he hit him upside the head with his guitar, and then HE ran out of the club. After the show bouncers were accosting us asking us where Pat lived and what his real name was. They were out for blood. It was not the John Wayne punch-out the movie showed. That was laughable!

* The Darby Crash Band show at The Starwood generated more boredom from the audience than genuine hostility. Darby's downfall was more than just lonely nights at Oki Dog, it was the way he threw himself into the Adam & The Ants glam trend which was quickly rejoindered by new kids in town Black Flag who planted stickers all over Hollywood screaming "Black Flag Kills Ants Dead!" . The newer wave of bands and kids from Long Beach and Orange County were seriously homophobic and weren't having any of this gayboy Germs-Screamers-Black Randy nonsense. The newer punks were scary and fascist in ways that Darby only played at.

If the director of this film reads this he'll probably be very defensive and say he did the best he could, yeah maybe. As I said, The Germs are pathological liars and might have taken him for a ride, treating the whole project like a joke. Maybe a movie can't reproduce what was musical lightning in a bottle. I just can't help thinking what Gus Van Sant or Gregg Araki could have done with the same material. Now that would be the Darby Crash movie I'd like to see.
Posted by Andy 7 at 9:33 PM

This whole post is fucking hilarious! You tell 'em, Andy!

Paul says, "yeah, what is it with Hollywood turning Darby Crash into John Wayne? Darby was always whiny, poncy and self absorbed. I was at the Starwood show. There was far more action in the parking lot watching the LADS and suicidal tendency gangs beat each other up."

Darby once told me "Swipe somebody's wallet...and then run like Hell!" He was the last guy on Earth to play the punk commando.