Stuff I Burned From TCM, Part 3 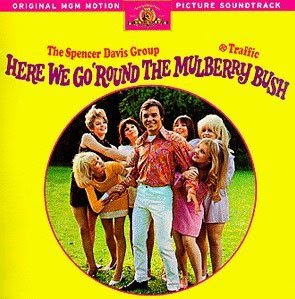 There are still a lot of great, super-worthy movies that have yet to see the light of day on DVD, and here are a few that I've been thrilled to rip and burn off the teevee set. Let's hope and pray these bad boys get released soon:

Manpower (1941): Directed by Raoul Walsh, this wild one's about two utility worker buddies played by Edward G. Robinson and George Raft, who bust up their indestructible friendship when they run across their co-workers' shady daughter, Marlene Dietrich. The movie's cool, but it's weird: all the power workers live in the same house together, just like the Monkees! Every time they need to fix power lines it's pissing rain outside.

The Man With My Face (1951): A guy returns from a business trip only to find his look-alike in his house, and his business partner and wife treat HIM like a stranger. The look-alike kicks him out and he turns to the ex-girlfriend he left behind to help him figure out how he got cut out of his own life! Weird stuff. The whole thing takes place in beautiful Puerto Rico, too, and features a hired killer who doesn't use a gun or knife but a killer Doberman Pinscher! Where do I find these nutty movies?

The Power (1968): All-star science fiction murder mystery produced by the great George Pal. George Hamilton works at a top-secret research laboratory where telekinetic killings occur to all of the members of his highly educated research team (which includes Michael Rennie, Suzanne Pleshette, Earl Holliman, Arthur O'Connell, etc.). There are some really amazing visuals that definitely titillate the psychedelic (there's that word again!) brain pan, especially in the last ten minutes, which have to be seen to be believed. 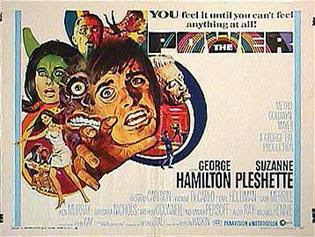