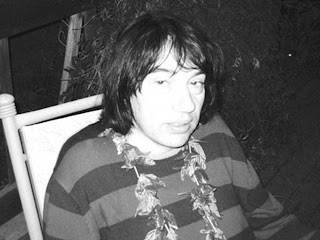 Halloween’s here and I’m another year old today. Every birthday becomes more interesting lately because I’ve passed the half-century mark. I still look pretty young for my age: yesterday some old lady called me a “sweet puppy”. I don’t know how many 52-year old men have been called a puppy this week, but I’m willing to bet they can be counted on only one finger!

Living old and looking young can be a bit frustrating, though, because people assume you’re an inexperienced young whelp based on your looks. I’ve always referred to myself as “a man of experience with the face of inexperience”. It’s weird! You may still look young but things change inside. Like what?

2. You’re going deaf. Either you’re going to have to repeat what you just said to get me to react or I’ll just nod my head and pretend I heard you. I’m a dick, sorry.

3. Something’s growing inside of me and it will take my life away from me eventually when it gets bigger. Until then I’ll smoke another cigarette. Like I said, I’m kind of a dick.

4. Remember all the fun food you enjoyed when you were 25? Well, it’s over. Your constitution can’t handle it any more. Club sandwiches are just a distant memory, peanuts are history and potatocorntortilla chips, Cheetos, and the rest of that crap are out of the picture. Vegetables for lunch, maybe turkey or tuna. Eat light…for the rest of your life, or else.

5. Just because you look like a sweet puppy doesn’t mean you can lift things any more. The only thing you’ll lift from now on is a book or a guitar. Otherwise forget it. The simplest lifting of objects will make your body fold up like a cardboard accordion.

6. You’ll get so absent minded you’ll forget where you put everything, like your wedding ring you lost last December. Your mind will be a fleeting thing.

Now that I’ve depressed you to death, how do you stay young or at least halfway humanly alert and alive? It’s actually pretty easy:

1. Never obsess over an era. It’s scary the way my peers still talk about the old punk rock days of 1977, the way my college rock pals talk about 1988, the way my grunge pals talk about 1991, etc. Yes, Mr. Dullsville those were the good old days, no they don’t make them like that any more (thank God). Live for the next moment because it will be better. I promise.

2. You never stop learning things, keep learning. Get the latest gadgets, read all you can about new computer systems, stay ahead of everything. When you stop learning you stop growing.

3. The war is over. There’s nothing sadder than an old bastard trying to play the James Dean-Henry Rolliins rebel. Even Richard Pryor backed down after awhile. Old tough guys are pathetic, so just breathe deeply and watch the world undo itself in front of you. It’s somebody else’s battle now.

4. Never forget that 99% of everyone around you is younger than you, even the fuckers that look older than you. Be patient with them, they’re very loud and annoying, yes, but just remember you were a lot like them when you were a sawed-off punk.

I’ve kept my age a partially-hidden fact because people assume all sorts of shit about age. I’m also pretty vain sometimes, just like my dad. I think I held up pretty well for a guy my age, but the best thing about turning fifty-two is being able to say “I did it all, and now I don’t have to try so hard”. Growing old is easy, but doing it well takes work.
Posted by Andy 7 at 6:22 AM

Happy birthday, ya old man-puppy! I am only 30 and I can already no longer eat corn and my hearing sucks. But I still always get carded when buying alcohol.

Heh? What didya say? Could you speak alittle louder? Wait a minute, let me put my glasses on, I can't read this. Sheeeit!