Moonlight Mile With The Dandy Warhols 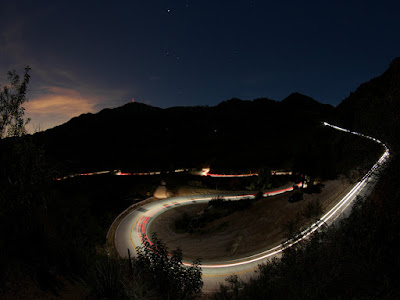 Rebecca had me on standby late Friday night, making me wait for her to finish a dress that she had to deliver up in the Hollywood Hills. While I was waiting on her I banged out the final chapter of my crime novel while The Dandy Warhols Come Down played in the background.

The space drone of Be-In washed over the room as I typed, so quiet and hypnotic, sinuous sounds with reptilian guitars wrapping and unwrapping themselves around my mind as I typed furiously away.

Rebecca finally came in and said the dress was ready and we could go up and deliver the dress. It was well past midnight. We drove up to Beverly Hills and drove past dark, grainy streets punctuated by endless rows of palm trees with their shadows leaning over us like some unholy tribunal.

The streets were empty and quiet with the artificial street lamps flickering light on us like some defective strobe light. And Be-In just played over and over in my mind as I drove. The drone, the guitars and chanting voices which may as well be the palm trees singing to us.

"Turn here!" Rebecca said. "This is the street! Cielo Drive".
I froze.

Cielo Drive, the street where the house of the gruesome Sharon Tate-Jay Sebring murders committed by the Charles Manson Family, long remembered as the one of the ugliest murders in Hollywood history. As we went up a steep, hilly road I noticed that the street lights were getting scarcer and scarcer and that the road was almost pitch black. And The Dandy Warhols still played in my head. "Am I, Am I, Am I", the chanting went.

Higher and higher we went, and it seemed as if the higher we went the road got darker and darker. So dark, that whenever a car quietly drifted by us with its low headlights it looked like a slithering shark around the bottom of some dense ocean. As I drove towards the Sharon Tate murder scene I wondered what kind of music Sharon and Jay and Abigail listened to that night: was it bad hippie shit like Crosby, Stills and Nash or was it dark, hypnotic drone like The Dandy Warhols?

Finally the GPS told me we'd reached the house of the drop-off. We reached a cul-de-sac in front of a gated estate where the lights were out, looking like there was nobody home.
"Are you sure this is the place?"
"Yeah, they said it was a corner estate and no one would be home. Just leave it on the gate".

Rebecca got out of the car with the dress in a five-foot long garment bag. I sat behind the wheel with the motor running, only my headlights providing any relief from the darkness.

Rebecca decided to push the security bell, again and again. No answer. Double checking the address, this was definitely the home for the drop off. She hung the dress on the gate in the darkness, and ran back into the car. 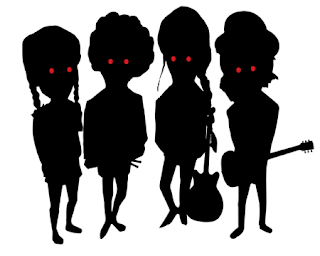