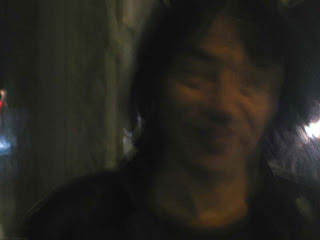 When I was a teenager going to the movies was pretty adventurous, sometimes a little too much. Like the time I went to the Music Hall Theatre in Beverly Hills…just to be hardcore I had to go to the last show (10:45 PM) on a Tuesday night. The movie playing that night was “The Conformist” directed by Bernardo Bertolucci.

“The Conformist” was a very hot film at the time (1974) because it was Bertolucci’s first film since “Last Tango In Paris”, so everybody wanted to see what outrageous movie he’d make next. Oh, my god, this was the worst piece of shit I ever saw. Everything you hate about a foreign film, this one had it. Slow, ponderous, sleazy, political, and the sex wasn’t even good in it. The actresses all looked like they threw up last week’s dinner and didn’t bother to clean up!

The movie takes place in Italy during the 1930s when a creepy guy wants to be a big wheel with the Fascist Party. His horny wife joins his political party too, and after he sells out his professor to the police he and his wife bed down the professor’s wife for some un-sexy three way fucking. The lure of Fascism is sexy because he gets a lot of poozay with his sleazy politics. Later on his wife splits with the professor’s wife. After the Fascist Party dumps him and tells him to take a hike he’s last seen at a rally picking up Fascist teenage boys. By the time the credits rolled up I wanted to blow my brains out!

The theater let out at 12:30 AM and I didn’t have a car (I was 15) so I walked home. One doesn’t just walk through Beverly Hills in the middle of the night in a leather jacket and long black hair, so imagine my surprise when a squad car pulled up in front of me. “Good evening, sir”, the police officer hollered with his flashlight blinding me in the eyes. “Would you care to step in front of the car?”

I stood in front of his car with my hands on the hood (typical procedure).

Beverly Hills Cop (not Eddie): “Would you mind telling me where you’re going?”
Me: “I’m going home”.
BHPD: “And where would that be?”
Me: “1466 South Bedford Street”. (Torn down since then).
BHPD: “Where exactly are you coming from?” while he’s looking at my picture ID.
Me: “I was the Music Hall Theatre”.
BHPD: “Oh, you were at the movies, huh?”
Me: “Um, yeah”. Well duh.
BHPD: “What was the name of the movie?”
Me: “The Conformist”.
BHPD (eyes slitted suspiciously): “The Conformist, huh? And what’s that movie about?”
OH MY GOD. I have to tell the cop about this lame, arty piece of soft core shit? What am I going to say? There was three way fucking and Fascists stabbing each other and screaming? Shit, think fast, think fast.
Me: “Well…it’s one of those foreign films, you know? Where everybody’s talking really fast and even though they’re talking you don’t know what the heck they’re talking about”.
The cop chewed this over, eying me suspiciously, then broke into a smile…”Yeah, right, right”, chuckle. He handed me back my ID. “Okay, get on home safely, and don’t stop off anywhere. And next time go to an earlier show, okay?”
Me: “Thanks, officer”.

Well, the moral of the story is foreign films still suck and as long as people still think so, you only need one blanket answer to their questions about the movie: I JUST DIDN’T GET IT.
Posted by Andy 7 at 5:54 PM