The 10th Anniversary of My Obsessions 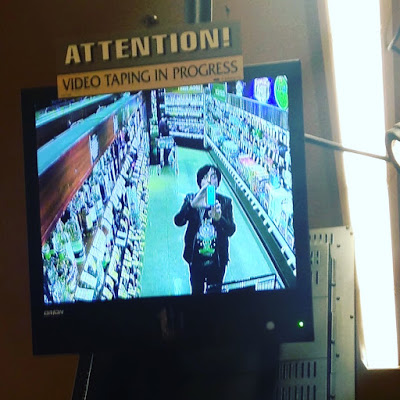 Ten years is a long time to be doing anything, and the fact that I've spent the last ten years of my life writing a (once) weekly blog feels incredible. I got a lot of weirdness off my chest, which encompassed everything from baking ideas to clothes making to favorite obscure film directors and anything else crazy that struck my fancy. Most importantly, I published serialized installments of five novels - one still unpublished, but that's another story. There were also countless short works which found their way on my latest compilation, Iron Curtain Baby, available in eBook form on Kindle, Nook and iTunes.

When I began writing my blog in 2007 I didn't belong to MySpace, Tumblr, Twitter or Facebook, so in the beginning this behemoth was the only means of Internet self-expression for me. In a way that was good, because there was little interference in the way of public opinion in terms of what was acceptable. Without a visible audience it was a lot easier to produce installments without fear of commanding or losing the crowd. It didn't matter, I was the guy in the tiny radio station out in the middle of the desert broadcasting my madness to whomever felt like listening. Isolation can be a blessing.

If anything's changed in the past ten years it's the popularity of my fiction pieces, sometimes a mixed blessing. With the rise in internet plagiarism full chapters from previous novels have had to be pulled down, as well as any upcoming works. I'm writing two novels simultaneously and can't post them as I have in the past because the possibility of plagiarism is highly likely. Too bad. We'll just have to wait for the finished products.

Writing a blog has always been more gratifying to me than posting my work on some social network site, largely because I've always hated the message board format. Sometimes you just want to express yourself without worrying about some uninformed loudmouth attacking your ideas. I get a little bit of that here, like the idiot who refused to believe that Alice Cooper catered to the gay community in the early stages of his career, or the crazy woman who had a one-woman Trixie Merkin crusade, but for the most part there's not a whole lot of cranks screaming at my writings.

For the first seven years of my blog I wrote anonymously and loving it, but all good things must come to an end. It's very strange when you go to work and people approach you and want to discuss your latest blog post, and you never even told anyone you had one. It's a secret celebrityhood that you can't really enjoy, because now your private thoughts have gone public, but that's the internet for you.

Basically, this may very well be the final year of my blog, because: 1) I feel all talked out, written about everything under the sun that interests me; 2) People don't read blogs anymore. My numbers are lower than they've ever been; 3) Everybody wants to talk about the new President and nothing else. I'm just not a political person; 4) I want to focus on my books and nothing more.

Without further ado, let's talk about my four current books, all of which are available as mentioned previously on Amazon Kindle, iTunes and Barnes & Noble Nook:

Every Good Boy Dies First: Punk rock noir novel about Griff, the leader of Garbage Truck during the grunge era who struggles to realize and protect his artistic vision, compromised by crooked musicians, gay bashing skinheads and a dead nightclub bouncer.

Every Bitch For Himself: Crime novel about a heist at a punk rock club called Rocket USA featuring amoral thug Big Jason Gulliver and his punk rock posse. With a few borrowed riffs from The Killing and The Asphalt Jungle, there's enough late Seventies Hollywood punk memorabilia to make your head spin.

Wranglers' Canyon/Crash Walker: Two novel set about a man named Crash Walker, a shiftless cowhand in the Old West, and then a third-rate television actor in the mid-20th Century with a western cowboy show wrangling psychos on the Sunset Strip. Sound confusing? Get the book and read it. You'll figure it out and you'll be glad you did.

Iron Curtain Baby: A collection of short fiction, mostly culled from this insane blog, featuring modern Yiddish folk tales, surreal noir fiction and scrawlings about the early days of the Hollywood Glam & Punk scene as experienced by yours truly.

So there you have it: the past, present and future as experienced by Andy Seven. There will be a few blog posts here and there this year, but the regularity will slow down even more, sorry. I'll make an effort to spit out a few syllables here and there for you, but novelizations await.

P.S. As you can see, there are a few selfies posted here. While some people think it's the creation of the devil, I'm pretty certain that Andy Warhol would have approved of them. They're so Andy. 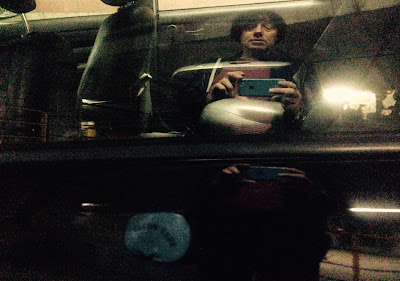