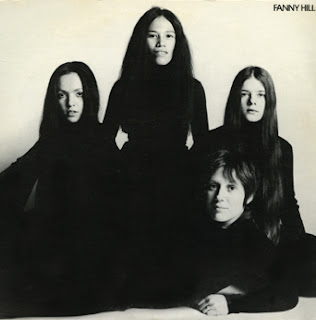 What once felt like a gridlock of rock albums during the Seventies and Eighties now appears to be an embarrassment of riches in terms of new albums and bands to discover now that there's very little new product grabbing your attention. I've just begun to discover all kinds of old treasures, and while I come off looking like Johnny-Come-Lately, I'll gladly accept that title with a smile on my face. What great new sounds await!

Here are some finds, some you may have enjoyed through the years, but new noise for my pink ears:

Fanny Hill (Fanny): Yes, I've always known about them and even bought their Casablanca Records single Butter Boy when it came out, but never really looked further into their albums. Big mistake, there's some great stuff going on here. Fanny Hill may be their best album of the bunch, featuring some great original songs and a legendary cover of The Beatles' Yellow Submarine song "Hey Bulldog".

Among the great originals are the Glam-Bowie /Suffragette City sounds of Borrowed Time, Nickey Barclay's great keyboard playing and soulful vocals on Blind Alley, and the overwrought soap opera drama of Knock On My Door. Great lyrics on that one! There will never be a complete Fanny reunion ever (Barclay's turned down several offers) but we'll always have this entertaining album to enjoy.

Faust IV (Faust): This may be their most accessible album (that's a good thing) and I hear a lot of Frank Zappa in Giggly Smile and some Joy Of A Toy-era Kevin Ayers in It's A Bit Of A Pain and Jennifer. Tracks definitely have more of an acid-drenched picnic vibe to them than on their other albums, and if you're normally afraid of Krautrock this is a good place to start. There's even a jazzy reggae number called The Sad Skinhead.

Huffin' Rag Blues (Nurse With Wound): How do you follow up several decades' worth of industrial skronk? How about releasing a lounge album with enough curve balls to drive you crazy? Well, Huffin' Rag Blues is all that and more. Favorite tracks include Thrill of Romance, Cruisin' For A Bruisin' for the car crash set, and the David Lynch-Julie London nightmare Wash The Dust From My Heart.

Other tracks I like from other scattered albums are The Bottom Feeder and Beetles Crawl Across My Back, definitely not so loungey as the Huffin' album but still pretty amazing stuff. Not for the weak of heart but ultimately rewarding, nevertheless.

Nurse With Wound is the brainchild of Steven Stapleton and he has collaborated with other legendary artists such as Stereolab and Faust, who really get around. 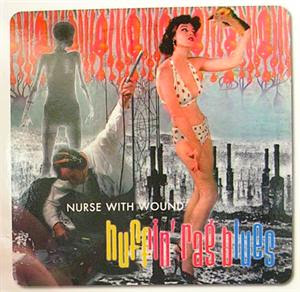 Black Antlers (Coil): It's feels weird hyping an album with a set of testicles on the cover, but when it sounds as outstanding as Black Antlers, nothing's going to stand in your way. A synth & electronics duo featuring Jhonn Balance and Peter Christopherson, the sonic landscapes created by the dearly departed duo have a cinematic intensity to them that you definitely need to check out.

Favorite tracks include Departed, Things We Never Had, the somber Teenage Lightning, and the title track. This is great music to get in your car and fly down the dark highway in the dead of night. This is very moody music best enjoyed for those days when the sun is nowhere to be found.

Subliminal Sandwich (Meat Beat Manifesto): Jack Dangers' electronic soundscapes run the gamut from downbeat to jazz to dubstep and beyond. Tracks like Transmission and She's Unreal have a sexy trance dancability to them, while tracks like Cancer offer bleak, dark urban soundtracks in the Blade Runner mode. Future World indeed!

There's some great listening to be had from these bands, and it's pretty sad that these artists never got the attention they truly deserved. Look into these albums or any other ones by these artists and you'll discover a brave new world of insane sonics guaranteed to crack your brain open like a pink porcelain piggy bank!