We Can Go Anywhere 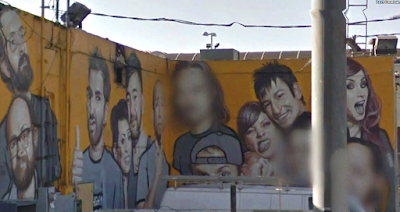 One of the few pleasures left on the internet without fear of reprisal or stalking is the amazing and virtually miraculous app called Google Earth. The word miracle definitely comes to mind because the fact that I can go anywhere on Earth and see what it looks like is absolutely remarkable.

Google Earth works brilliantly in concert with Mapquest in that you can quickly identify what your destination will look like before you even get there. Pretty phenomenal resources if you ask me, and anyone taking this for granted most be crazy in their rapidly decaying brain.

The application begins with a pic of planet Earth, asking you where you want to go. You type in an address and once filled in, you start flying over the planet, narrowing down to the country and over the city and into the neighborhood, taking into the street you’re looking for. This can be a little dizzying, like you’re parachuting into the location you’re looking for.

The weird part is typing in old homes and finding that many of them have been torn down to make way for some ugly Los Angeles condo. Pretty depressing. On the other hand, my last house in Providence, Rhode Island and first home in LA are virtually unchanged since the day I last lived there.

I checked out my last home in Providence, and other than the lawn being changed into some ridiculous bush pageant has been virtually unchanged since I last moved out in 1964. That’s pretty remarkable. Thanks, Google Earth!

I also visited my old grammar school, Providence Hebrew Day School and realized it hasn’t been renovated a touch since I last attended there (the same time period). In a weird sense, there’s the feeling of time travel in these Google Earth travels. If your old haunts haven’t been touched since you last left them you are essentially traveling back through time to visit them again. That’s simultaneously miraculous and eerie, but that’s the bizarre miracle of Google Earth.

Another benefit to scoping out unknown areas is the ability to possibly avoid a bad neighborhood, or at the very least preventing yourself from making a bad turn at the wrong corner.

Can you imagine being invited to a party in some seedy area, like the Downtown arts district where Peter Ivers got killed, and not knowing what the building even looked like in the dark? Well, thanks to Google Earth you can print up a pic of what this dank hipster hole looks like before you get there, saving you dangerous hours of circling around some fucking loft nightmare.

So, while you’re dumping your little man figure into the landscape and sliding your slider to get a closer look at a weird storefront, just remember that you can also sit back and laugh at atrocious banalities like Kat Von D’s High Voltage Tattoo wall mural (pictured above) without attracting too much attention. Technology wins again. 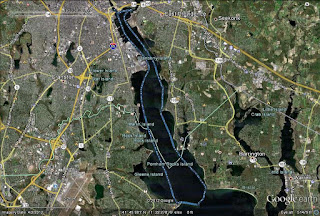