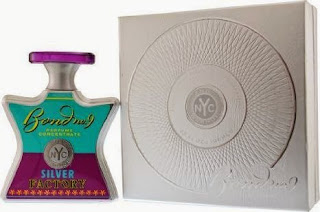 Valentine’s Day is just around the corner and what could be more sensual than wearing a seductive fragrance to put your loved one in the mood? In other words, it’s just about time for Smell Check 2015.

Since last year I’ve learned a lot about fragrances in terms of projection – the power of your scent projecting out; sillage – the staying power of the scent on you; dry down – when the top notes of a scent drift away and the middle and base notes take over.

Numerous great fragrance review sites have popped up on the internet, with my favorite being Fragrantica.com, where you can find endless reviews from cologne and perfume fans on every scent you’re curious about. The site has barometers showing projection and sillage rate of each fragrance, all voted on by users, in addition to breakdowns to all the notes used in each fragrance. It’s amazing.

In the past few years I’ve found myself gravitating more towards niche fragrances as opposed to designer fragrances, easy on my nose but not so easy on my wallet. In the long run I’ve got to admit it’s all been worth it for the great scents I’ve discovered. Here are a few, some old and some even older:

Tobacco Vanille (Tom Ford) – Everybody loves Tobacco Vanille, and so do I, but with all that said I don’t get a lot of tobacco in this scent. I get cinnamon and honey with a whiff, ahh, should be kind of feminine but it still maintains a masculine tone all the way through. I’m loving this, but for a tobacco vibe I’ll stick with Mugler Pure Havane.

By the way, while many niche fragrances carry high price tags, nobody ups the ante quite like Tom Ford. A large bottle of his juice will set you back by $250-350. Whew! Because of his greedy price fixing frag fans madly scramble towards cheaper scents that emulate the same notes, or they simply buy testers, which are in ample supply on eBay.

Andy Warhol Silver Factory, now known as Silver (Bond No. 9) – Silver Factory was the first release in a series of Andy Warhol-inspired fragrances that Bond No. 9 released in 2007. Several more releases followed, like Andy Warhol Montauk, Success Is A Job In New York City, and one that even had a silk-screened portrait of Andy himself circa 1964. Each bottle bore an original design by Warhol that enhanced the desirability of the fragrance.

In 2013, Bond No. 9’s license with the Andy Warhol Foundation for the Visual Arts’ license expired, so Silver Factory is now called Silver Bond No. 9, cased in a simple silver bottle with the familiar Bond No. 9 star shape, it’s still the same fragrance in a different package.

And what a great fragrance it is! According to the oppress release it includes: Jasmine, iris and violet, the favorite flower of Andy Warhol. Base notes include: bergamot, mildly bitter grapefruit, lavender, amber, a mix of wood resins, sweet vanilla and sensual cedar wood. I’m not getting all the flowers listed but I’m definitely getting patchouli and leather, even though it’s not listed anywhere. Anyway, this is one of the greatest scents out there. I’m loving it and lusting it at the same time.

Demeter Oud (Demeter) – I didn’t get enough oud from this, to be honest, but instead got a gingerbread fragrance. I like gingerbread but the oud didn’t deliver here at all. Demeter isn’t the best in terms of projection or sillage, but it’s low budget so you get what you pay for.

Muscs Koublai Khan (Serge Lutens) – Tabernac!!! I love most Serge Lutens but this was a little too raunchy for my taste. This is for guys who like to go “down there” when their girl or guy hasn’t bathed in a week. It’s nasty and it’s strong.

Koublai Khan features civet - a thick yellowish musky-odored substance found in a pouch near the sexual organs of the civet cat and used in perfume, and castoreum, which is the yellowish secretion of the castor sac which is, in combination with the beaver's urine, used during scent marking of territory. Need I say more? The dry down gets better, but who’s going to wait three hours for that nasty crotch funk to evaporate?

Aoud Musk (Montale) – This was good, the oud had a beautifully full presence I really enjoyed. Montale also gets points for storing their scents in a can rather than in a bottle. This makes it better for posterity in that it keeps out light from fading the scent.

Aoud Musk is an “elegant blend of saffron, ebony, vetiver and amber notes, placed on the base of sensual musk and agar”. It has a sweet woody scent that’s a little on the dark side, but I like that sort of thing.

A*Men Pure Havane (Thierry Mugler) – Next to Pure Malt this is the best of the A*Men frags out there. When you spray Pure Havane you will smell Swisher sweet cigars, you will smell sweet cherry flavored pipe tobacco, you will smell a little incense, some wood, cocoa, labdanum and styrax. You can spray this all over me 24/7 and I will never get bored with it. My signature scent at the moment and not for the weak of heart!

Just a few words about niche fragrances: although they cost about as much as a pair of nice shoes they’re definitely worth the trouble of seeking out. While there are some nice designer fragrances out there, the vast majority of them cater to a large marketplace, which means the scents aren’t going to get too risky or unusual. The more adventurous scents can be found in niche fragrances, so they’re worth the extra money. 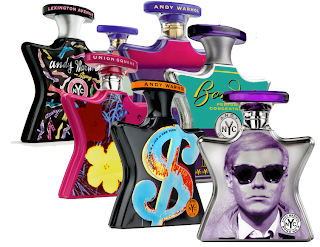