Style Up From the Floor Up 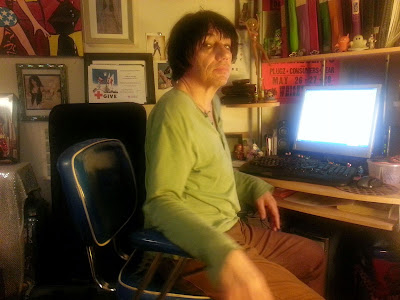 The art of creating fashion is contingent largely on two things: the design, which becomes the pattern; and the fabric that’s used. To use an example, if I design a turtleneck sweater it’s not going to look special, but if I make it out of soft lambskin leather, than it becomes something entirely special.

Conversely speaking, anyone can design a leather jacket, but if you tweak it by adding extra compartments or stitch it differently than the normal methods then you’re on to something fresh and original. 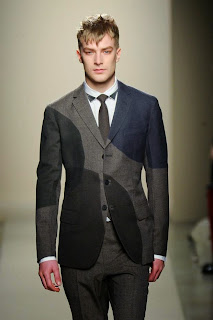 Several years ago Italian fashion house Bottega Veneta released a series of leather fishnet tops that were stylish and wearable. Anyone can make a fishnet top for men, but the move towards fabricating it in leather makes it a definite game changer.

I don’t think you need to be a fashion egghead to pull it off, either. At the very least a splash of leather on a pair of leather pants or a shock of satin on a canvas jacket makes the whole design become chic, exotic and one-of-a kind. Just make sure it makes sense!

If there’s an extinct cultural phenomenon that’s sorely missed it’s TV commercials for local boutiques, esp. menswear. Two of the most popular stores that regularly aired commercials in the Seventies were Zachary All and Wilson Bros’ House of Suede & Leather.

Zachary All was a men's suit outlet in the Miracle Mile District of Los Angeles (La Brea Tar Pits/LA County Museum of Art) and sold men's suits made mostly of double knits and synthetics. The commercials featured a very Italian-American New Yorker named Eddie, who was actually Armenian.

While he talked to us out there in TV land the vast expanse of the store was projected behind him, showing an endless array of plaids, stripes and brown suits being pulled from miles and miles of clothes racks. Eddie was very proud to let us know that Zachary All had styles to suit big and tall folks, too.

Wilson Bros’ House of Suede & Leather was more interesting because it was three kind of dorky Richard Gere lookalike brothers. They loved to rock the tans, browns and sepia leathers, and to be perfectly honest with you, when I think of the Seventies the color brown would be the primary color. Pastel for the Eighties and black for the Nineties.

Here for your entertainment is a great collection of Wilson Bros’ commercials You Tube channel “shinyfast” uploaded (thanks!). Tony Wilson takes the lead like a leather Diana Ross and the other two do a leather Cindy and Mary. I like the part where they join Tony at the end and pipe in with “SUEDE” and “LEATHER” like some Richard Gere tag team. 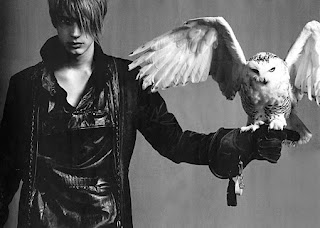 Just a few fashion websites you might want to know about. I like a vendor from Korea called “New Stylish who rock a little goth and a little emo”, so if you don’t mind wearing skinny pants and jackets this might be your place. Please bear in mind that size transference from Asian to American sizes needs to be done, but they’re very helpful in that department. Shipping is also surprisingly quick for being across the globe. Here they are:

If you’re more into the Sixties mod/ska/freakbeat look, you may want to look into Atom Retro who have a great extensive catalogue. They have velvet Edwardian suits like the ones The Kinks used to sport on their album covers. How awesome is that?

Tom Ford is rapidly becoming the Glenn Danzig of fashion – humorless, conceited and frightening. To add to the horror show that is Ford he’s filmed a batch of videos in collaboration with GQ Magazine (also scary in their own right). They can be seen on You Tube and bear such distinguished titles as “Tom Ford on Dressing Like a Grown-Ass Man”, “Why A Well-Groomed Eyebrow Can Make Or Break Your Look”, and “How to Succeed In Business Without Dressing Like a Jerk”.

In these videos he’s paired with a GQ fashion editor to evaluate an average Joe (average if stepping off the runway is considered normal) and edit their look. Whatever remarks the GQ editor makes are quickly stepped on by Mr. Ford. Every video includes a highly severe haircut, which makes me wonder if the clothes are doing all the talking, why even bother with the blow dry?

The resulting look that Mr. Ford throws together is actually a lot worse than what the problem dresser came in with. Proof positive that clothes designing and styling are two entirely separate skills, and in the case of Tom Ford never the twain shall meet.