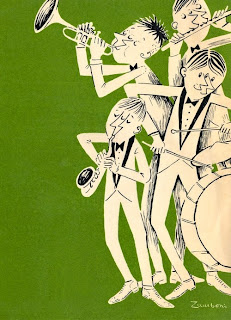 It's been years, nay, decades since I really bothered going to the library. Most of the ones in my neighborhood were stuffy and understocked with books and what they had was simply awful. I was pretty disgusted with the Ivar Avenue library in Hollywood, especially since they remodeled it to look like a maximum security prison, and the Gardner library by the old Pan Pacific Park of my childhood looked like an unmade bed, books and videos scattered in a heap all over the book shelves. It was depressing enough to swear off getting a library card forever.

It wasn't until seven years ago that I walked into the Santa Monica Library and it turned my head around about the book lending game. Modern but beautiful, it had a used book store inside as well as its own built in coffee house with lux patio. Even better it had a considerable collection of art books, instructional foreign language CDs (Farsi, Chinese and Russian, get it now), and a great YA selection. I was pretty blown away by the choices. And I haven't even gotten around to the impressive DVD section, large enough to rival any DVD store.

What also killed me about the library was the amazing CD selection they had there. What was the point of listening to Pandora or Spotify if I can rent out any Neil Young or Psychedelic Furs CD or the amazing "Mingus Dynasty" with Cholly all done up on the cover like Po Xiangyang. The amount of rentable music made me crazy, never mind the String Quartets or Baroque Trumpet Sonatas, you could get Public Image Ltd. or the entire David Bowie collection for nothing.

But, alas all good things must come to an end: as of last year, the Santa Monica Library imposed a $25 annual fee for all borrowers not residents of their fair city. Yes, proof of local ID was required. I needed to get my fix of Joe Lansdale and Robert Cormier classics that only (I thought ONLY) was available in Santa Monica so I paid the $25, but that may end next year.

I dropped by my old favorite library of teenage years past, the Beverly Hills Library, next door to the BH Fire Station, BHPD and City Hall, and it's even better than I remembered it. A CD and DVD selection to rival Santa Monica minus the smelly bums hogging up the computers and the men’s bathroom toilets. I even got a card with a pic of the BH Library circa 1964, reminiscent of when I used to go (1968). Good times! 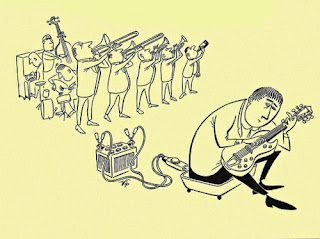 I took out half a dozen Miles Davis classics, the Prestige sides with Milt Jackson on killer vibes and the demented Burt Bacharach autobiography (memoirs?). My head also spun at the sight of their impressive collection of graphic novels, big enough to impress Bill Lebowitz (RIP) and get me to rent out tons of sequential dementia. They also had a pretty good used book store and coffee house, too.

All I need to do now is get a card with the killer downtown Los Angeles Library and my trifecta will be complete!

The reason most music sucks these days is because it's created by people who have fucking headphones on all the time: headphones on when they're walking down the street, working out at the gym, shopping at the supermarket, the headphones/earbuds/whatever are so far up their ears they can wipe their asses with them.

What are they listening to? Music, music, music. In doing this they are depriving themselves of some of the most important elements in the development of musical composition: the cadence of people's voices, the rhythm of machines, the reverb of an ocean wave, or the timbre of birds chirping and squawking.

If you think I've lost my mind, listen to this: the cadence of a human voice influenced Miles Davis' trumpet playing, the rhythm of machines has influenced bands like The Stooges and Black Sabbath, the timbre of bird's voices influenced Eric Dolphy, and the reverb of ocean waves influenced the sounds of Brian Wilson and surfing music. These examples of sounds are all instrumental to building a musical ear, more instructional than any record anyone could possibly listen to. If you really want to build your ear then you'll never do it listening to nothing but records all day and all night. 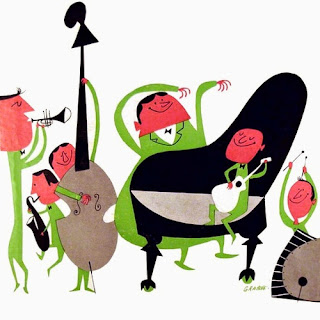