What Is And What Should Never Be 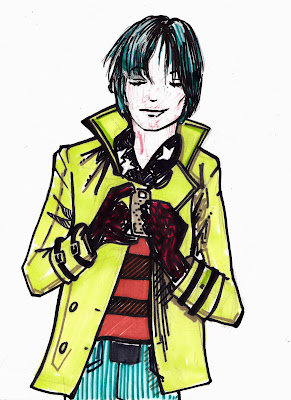 While I understand that a gym isn't a gathering place for all persons and things intellectual there are times when I hear things that are a little too ridiculous to be believed. While I was flapping my pins on the thigh abductor I overheard some young guy talking to an older gent about his college courses.

"Yeah, I'm taking English at UCLA but I really want to write for movies and TV", the 22-year old crowed. "I like all kinds of movies and I know how to write for them". I guess everyone's entitled to their daydreams but nowhere in the conversation did this kid say what kind of books he read and what sort of novels he enjoyed. The entire realm of literature didn't come up once in the conversation. And he talked about becoming a writer.

Let's talk about the guys that wrote for the movies, the greats: Stirling Silliphant, Dalton Trumbo, Robert Towne, Rod Serling, Charles Brackett, to name a few. Did any of them say when they were young, "I want to write for the movies?" No, I'm pretty sure they dreamed of writing brilliant novels but somehow got roped into the screenwriting game. And I'll wager anything they all had extremely prodigious libraries full of books and spent all their leisure time reading them.

The scary part is when you ask a clueless guy like Gym Kid who his favorite writer is and he'll probably say "Hitchcock!" People like this are completely oblivious to the fact that if it weren't for the writing of Cornell Woolrich, Robert Bloch, Patricia Highsmith and Daphne Du Maurier, to name a few, there wouldn't even be anything for Mr. Hitchcock to film at all. He knew it, too: one of the first credits beginning each episode of his TV show names the writer of the story. Hitch even had a mystery magazine back in the day.

I once knew a hammerhead whose favorite mantra was, "I don't read books, I don't need books, I depend on my looks". What an asshole. Needless to say he now works in the motion picture industry.

Here's another story for you: Rebecca met a fast-talking blowhard who kept up about how he was going to write a novel and then write for the movies and went on and on about it and of course didn't divulge about what the hell he was writing.

"I couldn't stand him! You've already written two novels and this guy kept talking like he was King Shit just because he was starting some dumb novel he wouldn't talk about. I just wished he'd shut up!"
"I know how to shut him up", I said.
"How do you do that?"
"Ask him who's his favorite author", I smiled. "That always shuts them up".

One of my favorite mottoes is "In this place called Hell novels are written by people who don't read books". I'm not joking, either: we have friends who say, "I WROTE A BOOK ABOUT MY EXPERIENCES AS A STRIPPER IN SAN FRANCISCO". Okay, even if it's a memoir there needs to be plot development, character development (i.e. someone who started out as a rival becomes your best friend towards the second half of the book), fact checking, so on and so forth. And then what style is the book written in: Will it be funny sleaze like Bukowski, dark decadence like Hubert Selby Jr., erotically charged like Genet, what's your POV?

To say you want to be a writer without reading books is like saying you want to be Governor of California without knowing The Declaration of Independence (um, wait a minute, I just described Arnold Schwarzenegger, scratch that). It's like saying you want to play guitar without knowing who Les Paul, Hubert Sumlin, Chet Atkins or The Ventures are. Without an understanding of the history of your craft you're flying without a pilot's license, which means you'll crash and burn.

It also means your memoir of being a stripper in San Francisco will never be published. Read a fucking book. It'll probably change your life. 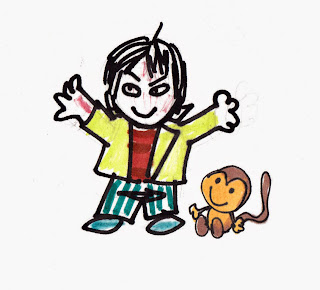