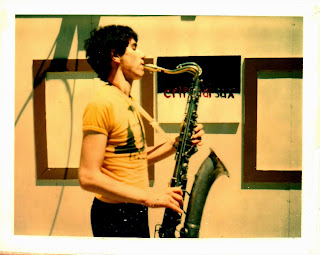 I didn't count on thinking too much about the past because it's something I don't normally do. Silly fool, I believe in looking forward, always now and forever, but the past comes back when you least expect it, like it or not. Case in point: a single I recorded in 1977 just recently turned up on a punk rock CD compilation for the first time.

It was the first band I ever played in, it was called Max Lazer and the single was "Street Queen", released on Siamese Records. Max Lazer was a singer-songwriter who looked like Thor minus the muscles and he had shiny platinum blonde hair that drove the girls all wild. He had a glam rock image but was more of a metal-punk sounding guy. Siamese Records up to that point was known only for putting out Iggy & The Stooges' bootlegs of "Raw Power" outtakes. 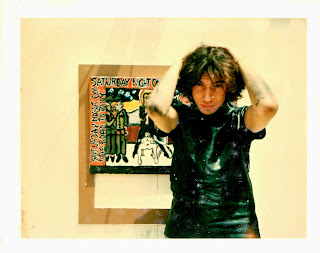 Anyway, the CD featuring "Street Queen" is called "Godfathers of LA Punk" (ouch!) and also has tracks from The Controllers and yup, some Iggy & The Stooges tracks. The entire album could be bought here: Godfathers of LA Punk, or better yet, just buy the download of "Street Queen" HERE. I didn't play on the other Max Lazer track so you're on your own there. I don't think we were very punk rock, in fact the most apt description of our sound would be glam-period Mott The Hoople. If you liked "All The Way From Memphis" or "Golden Age of Rock & Roll" then you would have liked us.

The funny thing about Max Lazer was that I remember playing a show with him at Baces Hall in Los Feliz around the spring of 1977. I caught the punk rock fever the previous summer when I went to London and saw The Sex Pistols, The Clash and The Buzzcocks, so when I did the gig I wore a ripped wife beater with Polaroid photos safety pinned all over them. No big whoop in jaded 2014 but it seemed like a big deal back then, especially to one person in particular.

Brendan Mullen, punk rock impresario and author of several punk history books, confessed to me a year after my show that he was in the audience that night and said I was the very first punk he saw when he came to Hollywood. Too much! He also thought it was awesome when I occasionally broke into extended free jazz sax breaks on some of the more sludgy metal songs. There were a lot of people at the show that night so I'm sure he was there. As Lou Reed once sang "those were different times". 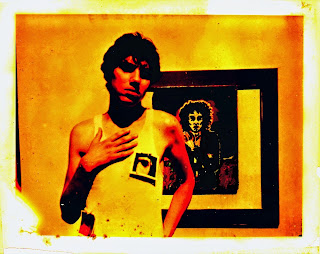 "Different times" which people still miss! Rebecca has a friend who scouts for anything designed by the SEX label from 1976 aka Vivienne Westwood and Malcolm Maclaren's store in Chelsea. I wrote a blog about it called The Rubber And Leather T Chronicles (http://blackhairedboy.blogspot.com/2012/11/the-rubber-and-leather-t-chronicles.html).

I recently unearthed some pics of myself rocking the leather and silver rubber tees I bought from that store way back when. Just a few of them are posted here for your entertainment, and no, neither one is for sale. Well, the rubber tee decomposed two years after I bought it, anyway. The leather one's still around here somewhere.

Here are some of the pictures, and it's funny. I had so many taken during the late Seventies and then for some weird reason I became very camera shy in the Eighties and didn't have any pictures taken of me until 1988 when it was time for my band Trash Can School to get publicity shots taken. That's when I broke out the eye shadow and eye liner, etc - but that's an entirely different story. 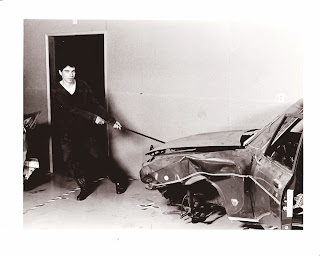