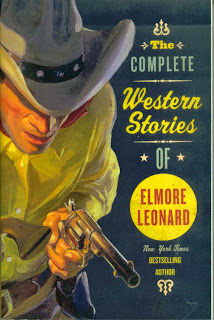 In 1942 the BBC programmed a radio show called "Desert Island Discs" where celebrities would come on and talk about what eight records they would take with them if they were stranded on a desert island. Since then there have been millions of variations on that concept, and I'm going to borrow it myself to list ten of my desert island short stories.

Short stories probably have more of a chance to reach a larger audience than ever before due to the rapidly decreasing attention span in most people these days. You could probably get more people to read a short work of fiction than a full-length novel, which isn't necessarily a bad thing considering how many great short works there are waiting to be read and enjoyed.

It's also interesting how many writers are better served by the short fiction medium than they are by full-length novels, writers like Paul Bowles, F. Scott Fitzgerald, John Cheever, John O'Hara, Isaac Bashevis Singer, and many more. I think brevity in storytelling wins the game every time.

Anyway, for all intents and purposes here are my ten favorite short stories I could read again and again if I were stranded on a desert island - kind of like Burgess Meredith in that Twilight Zone episode where he's alone in the library with millions of his beloved books after the planet's been blown up and everybody else is dead - in no particular order:

1. A Distant Episode - Paul Bowles: An American professor of linguistics arrives in an Arabic Maghreb town conducting a survey. Everyone is gruff towards him, but nevertheless he maintains a friendly demeanor. An irritable guide leads him to an increasingly darker part of the desert to buy local goods, where he is abandoned by the guide and abducted by a gang of thieves. The thieves tear out the linguist's tongue and tie a stream of tin cans around him like a common dog, making him perform tricks like an animal. Although he has been degraded to being treated like a common animal, even an animal eventually turns on its master.

One of the best things about this story is the way Bowles shifts the topography of the desert sets the mood of the story, ranging from bright and hilly to dark and flat. This is one of those short stories that stays with you forever. 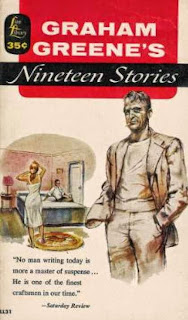 2. Torch Song - John Cheever: Torch Song is told from the POV of a man named Jack who has a crush on a woman named Joan. Both newly relocated to New York City, Joan keeps spurning Jack as he watches her date creep after creep, Jack's love always unrequited by her. As she keeps turning him down he watches her descend lower and lower in her taste in men.

Well! This is as believable as it gets. I can't even count how many fucking losers I've known like Joan, sinking lower and lower into the toilet with their bad romantic choices. By the end of the story we finally get an idea why she picks the damaged men that she loves, and it's pretty creepy. I also loved The Chaste Clarissa, O Youth And Beauty!, and The Swimmer. John Cheever may be the greatest short fiction writer I've ever read.

3. Billenium- J.G. Ballard: The most claustrophobic story ever written, one where staircases are crowded with dozens of people living and sleeping in. Tides of people moving in waves against the direction the main character's headed in, a simple task of going somewhere takes hours! People sitting on top of each other like nests of roaches, it's one of the most powerful statements on overpopulation ever written.

4. Exactly Eight Thousand Dollars Exactly - John O'Hara: A wealthy industrialist gets a visit from his brother, a snotty, deprecating snob who's only dropping by to put the pinch on his brother. As the story progresses we discover that the corporate building was once a country club both brothers frequented in their youth. We also learn that the prosperous CEO was bullied mercilessly by his less industrious brother. The industrialist writes a check to get his brother out of his hair, the snobby brother maintaining an ugly, unrepentant attitude.

Although John O'Hara wrote many great short stories, this is my favorite. It's one of those stories that reveals more and more as you continue reading, not letting you really know the score until you reach the end. There's a rawness in the emotions and an ugly truth so many writers fear to tread. 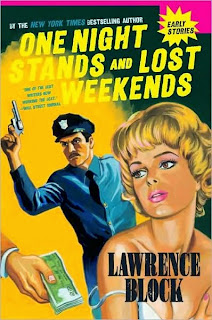 5. Big Blonde - Dorothy Parker: Big Blonde is the classic tale of a woman who measures her self-esteem according to her ability to make men happy. Written in the Roaring Twenties, it is as relevant today as it was when it was first written. Big Blonde is the story of Hazel Morse, better known as Haze (dig the irony) who's the ultimate party girl, and like all party girls dumped by one man after another as the years go by.

It has often been said that both Dorothy Parker and Patricia Highsmith wrote misogynistic stories, but I don't think the men fare any better than the women in them. I believe both writers don't harbor any hatred for women, but more likely don't think much of women who use men left and right like Hazel Morse.

6. The Ice Palace - F. Scott Fitzgerald: Ice Palace begins with the main character Sally Carrol looking out her window in her home in hot and torrid South. Engaged to be married to New Yorker Harry Bellamy, she travels up to New York with him to visit his family and friends.

The trip turns into a revelation of sorts for Sally when Harry drops his guard and shows his snobby, insensitive side to her, cursing all Southerners among other things. On a cold and wintry night the pair go to a large auditorium carved out of ice to watch a hellish pep rally. Sally's snooty fiancee disappears during the rally into a dark, narrow channel of ice with Sally following him, eventually becoming lost in the cold, narrow darkness.

Ice Palace may very well be Fitzgerald's Fuck You to New York and literary society, depicting small town Southerners as a soulful bunch and meat head Yankees as a load of loud, boisterous Pagans. Maybe, maybe not. Nevertheless, Ice Palace is a brilliant work. 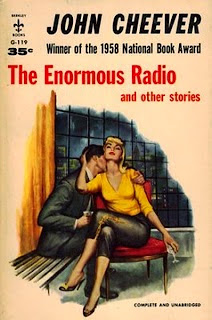 7. The Hyannis Port Story - Kurt Vonnegut: Published shortly before the Kennedy Assassination, Hyannis Port Story is a very funny story about old Commodore William Rumfoord, a staunch Goldwater Republican who's unlucky enough to be the neighbor to President John F. Kennedy's off-duty hideaway. The Commodore's already pissed off to death that his small hometown has turned into a shrine to the President complete with gift shops, noisy tour guides and even noisier tourists.

Yes, The Commodore is so pissed that tour guides refer to his house as "The Ugly One Next To The President's" that out of spite he posts a huge billboard of Goldwater's face with spotlights all around it. The last straw comes when The Commodore finds out from a Secret Service agent that his pride and joy son has been sneaking around with a Kennedy relative.

I liked this Vonnegut story over his others because he didn't seem to try as hard as he did with others. I felt a very effortless humor in this one that I found very appealing. I also liked Next Door and The Foster Portfolio, too, and Vonnegut's sense of humor never fails.

8. Memory In White - Budd Schulberg: Washed-up boxer Young Pancho Villa The Third makes a go at being a ring announcer by buying a white suit and a megaphone in a pawn shop. He shows up at the gym he used to box at and announce all the fighters sparring in the ring. Trouble is he has a thick Puerto Rican accent as well as a sever speech impediment. Through the miracle of annoying persistence he graduates from gym announcer to all-time ring announcer. His debut as a legit ring announcer is of course met with tragedy.

Schulberg was a genius at capturing the sounds and mood of the New York streets, never romanticizing them but breathing them to life, warts and all. Although he will always be known as the writer of On The Waterfront and A Face In The Crowd his short works definitely deserve to be rediscovered.

9. Confessions Of A Man Insane Enough To Live With Beasts - Charles Bukowski: Probably the most compressed version of the Bukowski legend that many remember from the Barfly and Factotum movies. There's the story of his awful skin problems, even more awful jobs held at rock-bottom wages, and the girl he meets in a bar who brings him home to the nutty old yacht-boating sugar daddy. Everything you ever wanted to read about Bukowski is distilled in this 21-page story.

10. The Monster - Stephen Crane: This is actually a novella rather than a short story, but I added it here, anyway. Henry Johnson is the black coachman for a well-to-do white family in upstate New York. He forms a strong bond with the boss' four year old son, Jimmie Trescott, which supercedes any racial barriers. When Henry isn't working for the white family he courts the prettiest black girl in town and dresses like an absolute dandy.

While on his date the town goes into an uproar over a fire at the Trescott's house and Henry runs over to save Jimmie by racing into the burning house to save him. Consequently he is severely burned beyond recognition from the fire and has lost what was left of his sanity. Out of guilt Dr. Trescott keeps him at home, away from prying eyes. The whole town, white and black alike have now ostracized Henry Johnson for his disability in spite of the fact that he committed a completely charitable act.

The Monster is a brilliant mediation on racism, societal intolerance and personal guilt. It's arguably Stephen Crane's finest work, a writer more people should seek out. The Blue Hotel and The Open Boat are pretty brilliant, too.

Unfortunately I've left out many great short fiction writers like Graham Greene, Joe R. Lansdale, Harlan Ellison, Elmore Leonard, Bernard Malamud and Raymond Chandler, to name a few, but that's the beauty of libraries and books. There are a million stories to be told and it's all in your grasp, anytime, anywhere. Even on a desert island. 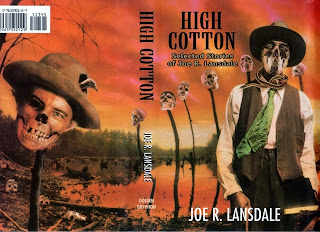