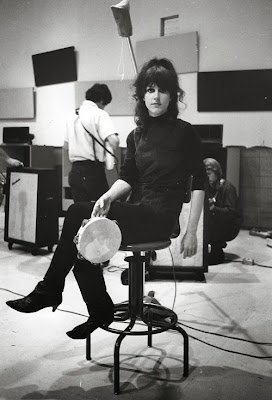 For this year's annual tribute to Scorpio birthdays I'd like to talk about the brilliant tornado that is Grace Slick, just turned 74 years old on October 30th this past week. A fearless, foolish, frequently outrageous artist always willing to take risks and in the process influence tens of thousands of female rock singers during and after her fame, she is a rock icon like no other.

There has never been a female artist as irrepressible as Grace Slick prior to her arrival on the music scene. In the mid-Sixties female artists were delicate, controlled, and easily led; but with genius, beauty and style Grace Slick arrived and changed the way women performed and appeared in the public eye. Artists like Patti Smith, Courtney Love and an endless conveyor belt of Diva of the Weeks owe her a tremendous debt of gratitude.

Grace's first band was in 1964 with her husband Jerry Slick (her name was originally Grace Wing) and his brother Darby named The Great Society. In 1966 they recorded what was to be her most memorable songs, "Somebody To Love" and "White Rabbit". One year later she left the band to replace Signe Anderson in Jefferson Airplane. With her pin-up model looks and intense beatnik style the Jefferson Airplane acquired a distinctive image to compliment their excellent musicianship. 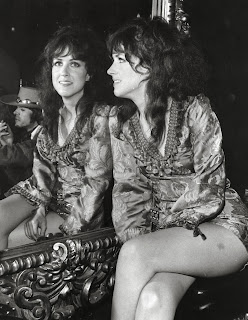 Grace Slick's intense vocals in Jefferson Airplane were virtually unheard of in rock music up to that point and were the most intense female vocals heard at the time. Beginning with "Surrealistic Pillow" Grace forged a new sound in rock, combining beat poetry with vocals that effortlessly blended jazz ala Carmen McRae with then-popular folk rock melodiousness.

While Paul Kantner and Marty Balin wrote excellent folk tunes and Jorma Kaukonen wrote tough blues songs, a Grace Slick song promised a sophisticated, jazzy melody with a powder keg of lyrics about to explode. Her songs were works to be reckoned with.

Whether it was singing about a boy with arrested development in "Lather" or a filthy, polluted planet on "Eskimo Blue Day", no other female vocalist tore away at pompous masculine pride with feminist rage as she did with songs like "Two Heads", "Greasy Heart" or "Hey Frederick". And just as you're about to dismiss her as a bull-busting bitch she slips in a song as cool and surrealistic as "reJoyce", a gorgeous jazz piece based on the writings of James Joyce. Very, very bohemian.

Grace kept up with her male peers like Jim Morrison in the outrage department, too: performing in blackface on The Smothers Brothers Show, naming her publicly born-out-of-wedlock daughter "god", flashing her breasts onstage so many times it became shock-less, acts simultaneously outrageous and feminist setting new standards. 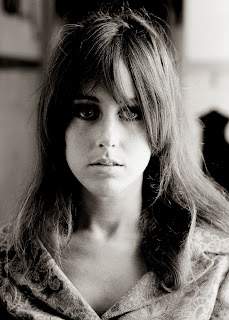 She can be forgiven her many excesses, alcoholism, fighting with countless boyfriends and policemen, and the crass, milquetoast New Wave band Starship whom boiled down their name from Kantner's original combo "Jefferson Starship". She can even be forgiven for making certain remarks that were bound to offend just about anyone with a pair of ears, but like all outlaws she probably wouldn't give a shit, anyway. That's punk as fuck.

Nice behavior or not, there's the records, some of the most unforgettable I've ever heard. It's amazing that nearly forty five years after the release of her records Grace Slick's lyrics and vocals can still send chills through me. And look beautiful doing it, too.

Somebody To Love? A Rock and Roll Memoir
Grace Slick (with Andrea Cragan)
Warner Books