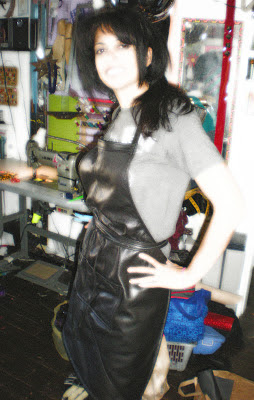 If there’s no rest for the wicked then we have been very, very wicked. There was the assignment to do linens embroidered with Gary Baseman images for his upcoming show, “The Door Is Always Open”, which is now showing at The Skirball Museum in Bel-Air. The show replicates Baseman’s surreal vision of a middle-class Jewish household and all the century-old traditions and customs twisted through his surreal vision. Rebecca skillfully reproduced all of Gary’s characters and idiosyncratic lettering and embroidered them to his specifications.

We created chair slipcovers, a dining room tablecloth and a bedspread with Gary’s many images embroidered them. In addition to sewing the fabrics I also had to digitally edit the images prior to embroidery. Placement on the linens had to be done with absolute precision, otherwise the desired effect would be lost. The results turned out very well and Gary’s opening was a big hit. Also on display was Rebecca’s tapestry she created for Gary’s “La Noche De La Fusion” Culver City show in 2009.

After the job we wanted to take a break but the phone rang with an assignment to fabricate 350 waiter outfits for Napster co-founder Sean Parker’s wedding in Big Sur, California. The outfits ran a large variety of sizes which had to fit the staff that couldn’t be present at our studio for a fitting, so in some ways we were flying blind. Any alterations had to be done at the wedding site before the ceremony.

The outfits involved quite a lot of detail, and most of the outfits once brought up state fit pretty well. The wait staff outfits involved a lot of pleating which I handled pretty well after the first 200. Just kidding, the costumes were designed by Doug Hall who did wardrobe for the movie “Sling Blade”, and any comments, any direction came directly from New Zealand where she operates. 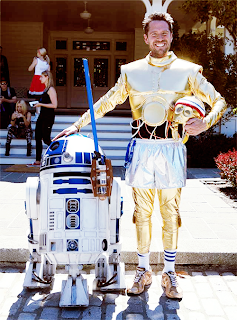 During that job Rebecca got a call from Nick Cannon’s costumer requesting a James Brown-style Uncle Sam outfit he can wear for the season premiere of “America’s Got Talent”. This entailed a star spangled tail coat and long striped slacks as well as a big cray cray top hat. A lot of time management came into play for this one, i.e. we were up all night cutting and sewing this whole extravaganza. Once completed it was given to Mr. Cannon who didn’t want to take it off and spent the whole day dancing around the set with it on posing for pictures.

After the Napster wedding job was over I stopped to scratch my ass when the phone rang and we got the assignment to make a C3PO outfit for film star Alexis Denisof, who was going to wear it when he ran for the fund-raising Course of the Force, held at George Lucas’ Skywalker Ranch. Course of the Force is a multi-day benefit in support of the Make-A-Wish foundation and begins at Skywalker Ranch and ends at Comic-Con in San Diego, California. Jeeeezus!

The C3PO outfit involved a lot of gold spandex with a few mixed-media items. Alexis chose to wear runner shorts to keep his lower extremities family friendly. Several vents were built into the outfit so he wouldn’t suffer heat prostration in the dead of summer. I thought the outfit turned out brilliantly and the photos of the event looked terrific. Alexis looks happy just like Nick, just like Gary, and baby that’s where it’s at. Keep the customer satisfied – Paul Simon said it and he probably got it from The Bible. Or Mr. Blackwell. 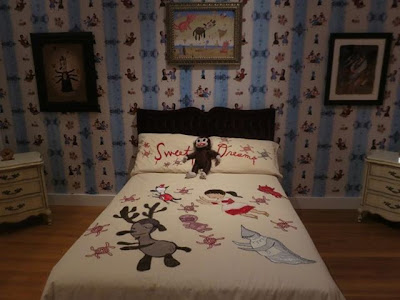 I'd like to say a few words about Lorna Knight's book "The Dressmaker's Technique Bible: A Complete Guide to Fashion Sewing". It is absolutely indispensable! Yes it's a $30 sewing book, but it's the best sewing book you'll probably ever own. Every component used in the craft of clothesmaking is explained in simple detail, from the design of each outfit to fitting weird body parts (pear shaped bodies, big bootays, big hips, yow) to the essential art of finishing, etc. Every page is jam-packed with helpful illustrations and broken down point by point that even a little greeen man from outer space could follow. If you were previously too scared to sew this is your life preserver. 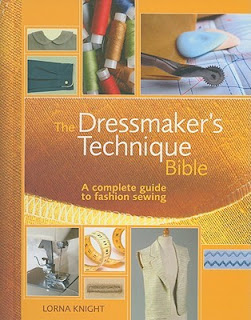