The Rubber and Leather T Chronicles 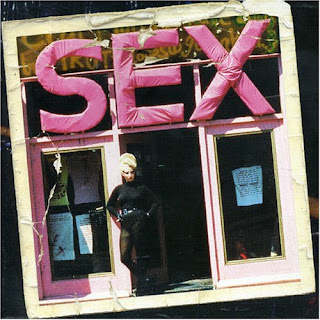 When you’re discussing fashion you don’t hear the word “mystery” come up very often, but if there was any way to describe my sense of style in the mid-Seventies it was pretty mysterious. I was the kid in high school who wore a leather jacket and jeans on Monday, suit and tie on Tuesday, and just to confound my teachers and classmates wear an industrial shop apron the next. And we didn’t have a shop class in my school!

While my dress sense came off a little confused, it was more eclectic than anything, a teenager’s refusal to be categorized and filed away in the social index of teen cliques.

It was 1976 and the era of glam rock was slowly fading away, my elephant flares and fluorescent six-inch heeled platforms losing their spark. I was looking for something different, and it came in the form of the new phenomenon coming from the United Kingdom: Punk Rock.

I saw exciting pictures of The Sex Pistols and their wild fashions, featuring ripped t-shirts held together by safety pins, tartan bondage pants with buckled straps, and those three-inch soled brothel creepers (again with the elevated footwear!). Since my twentieth birthday was approaching my father asked me what I wanted for a gift, and I asked for a plane ticket to London. After all, it was Bicentennial Summer in America, so what better way to celebrate than to visit our forefathers? 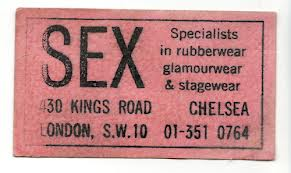 I read that The Sex Pistols had their clothes supplied from a boutique called “Sex” on King’s Row in Chelsea. I made it one of my first destinations for cool rock wear, something to replace my now-archaic Gary Glitter togs.

The “Sex” staff looked pretty wild but so classically British (i.e. very polite) like Jordan, who was great. She introduced me to the head designer and co-owner of the shop, Vivienne Westwood. Ms. Westwood was a very small, delicate woman with short, white hair spiked up high dressed in black leather trousers. She was one of the nicest and friendliest ladies I’ve ever met; for all her punk appearance she was absolutely charming and easygoing, no attitude whatsoever.

I spun around in circles in Malcolm (Maclaren) and Vivienne’s shop looking for something I could wear which would stand out anywhere, especially back home in America. Decisions, decisions! 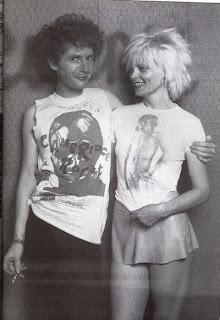 The black leather t-shirt was made of cowhide, not lamb or pig skin, and had thick metal zippers on both sides to help slide the thing on. Jordan recommended I put baby powder inside the shirt to make it even to slide in. One try and I knew I found my Vivienne Westwood original.

In addition to the leather t-shirt I also bought a great silver rubber t-shirt, also awesome, and both sporting the immortal pink label with “SEX” written in big black letters. What becomes a legend most? Clothes like these.

I wore these shirts at the two Sex Pistols shows I attended (the leather at an all-nighter at Islington Screen On The Green and the rubber at The 100 Club). I met Malcolm and tried to get him interested in a band I knew from LA, but he politely declined. They were called The Motels, so I think things worked out well for them, anyway. I also saw Vivienne, who remembered me and noted my new acquisition from her store.

Those days were about so much more than just punk rock: I look back on that summer of leaving my teenage years and entering adulthood with my leather “SEX” original. Thanks, Vivienne. By the way, I still have the shirt and I also now design my own rock clothes, all fabrics, leather a specialty. 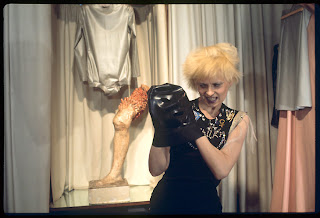 High Heel Realness: Recently I drove to Lucha Va Voom from the wilds of Hollywood to Downtown LA on a Friday night, the only catch being that I wore my new Fluevog Prince George boots that sport 4-inch heels! It was a little scary, not just because traffic was so heavy but that I never drove in heels before. It was a real acid test, but I learned a lot from the experience.

When driving in high heels your heel is already in an elevated position with the sole of your foot bearing down on the accelerator. Just as you walk slowly and carefully in heels you should also be delicate in the application of your sole on the gas pedal. In other words, don't stomp it unless you want to get killed!

The foot should never stray too far away between the accelerator and the brake pedals, because once you get lost it's going to be a bitch getting that grand funk boot back in position. God forbid it could even get caught between both pedals, in which case you need to decide what kind of flowers do you want over your grave, roses or tulips?

Driving in heels should be approached as some kind of fine art, attempted with sensitivity and finesse, and even getting in touch with your feminine side. 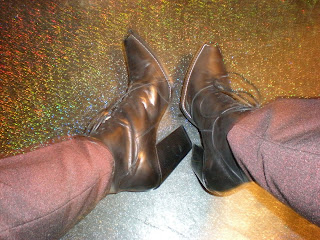