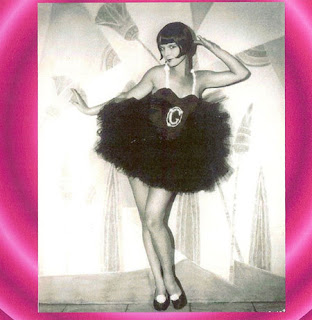 Somehow the idea of wishing someone a happy birthday who’s deceased is kind of like showing up to a party thirty minutes after its ended, but there has never been two actresses more unorthodox than Louise Brooks and Veronica Lake, this year’s Scorpio birthdays. On first glance they don’t seem to have much in common, but upon closer inspection are very similar.

Both Ms. Brooks and Lake share the same birthday, November 14 – different years, of course, but their lives were very closely alike. Professionally both actresses were as adept at doing comedy as they were in drama, work was hard to come by, and their careers were heavily battered by studio systems that were too simple-minded to utilize them properly. The negligence that damaged their careers culminated in serious bouts of alcoholism and misanthropy that would make a riot grrl run home to Momma. Still and all, the fact that Brooks and Lake are now regarded as major glamour icons of the cinema is highly ironic, an irony definitely not lost on them. As Veronica Lake once said, “I’m not a sex symbol, I’m a sex zombie”. _______________________________________________________ Although Brooks was recognized by French cinephiles in the 1950’s for her amazing screen presence she was widely forgotten worldwide until she published her memoirs, “Lulu In Hollywood”, in 1981. Her candid account of Hollywood’s golden age and working relationships with legends like Fatty Arbuckle, W.C. Fields and John Wayne were off-beat, revealing and occasionally shocking. Her early career includes some cool comedy turns from her with W.C. Fields in “The Old Army Game” and “Love ‘Em and Leave ‘Em” (both 1926) where she plays the roommate from hell, stealing her friend’s boyfriends and snaking all their dresses. It’s kind of a slapstick “Single White Female”. In 1928 she made a fine drama for neorealist director William Wellman called “Beggars of Life”, which also starred Noah Beery and Richard Arlen. A year later she went to Germany and starred in her two greatest films, “Pandora’s Box” and “Diary Of A Lost Girl”, both available on DVD. A typical Louise Brooks performance showed a woman who effortlessly vascillated between acting like a frenetic little girl, sexy vamp, and illuminated angel all in a matter of seconds, like some enchanted flicker ring. This could either be attributed to great acting or as the product of a personality scarred by a childhood episode of being molested by a neighbor and receiving no sympathy from her mother. After turning down the James Cagney classic “The Public Enemy” (which eventually went to Jean Harlow), Brooks had trouble finding work, eventually opening up an unsuccessful dance studio, a stab at writing a novel (never finished), a Saks Fifth Avenue counter girl, and unfortunately ending up as a pilled-up Manhattan call girl. Several marriages failed, but through it all she was always close to her brother, her only friend until her death in 1985 from a heart attack due to emphysema. ______________________________________________________ While Veronica Lake didn’t earn the enmity of the entire state of Kansas like Brooks did, she just about pissed off everybody else. Married four times to Louise Brooks’ two, she turned off every leading man in her films, with the sole exception of Alan Ladd. Lake made four films with Ladd because she was shorter than him – she stood at 4’11 ½”. Like Brooks, her comedy chops are underrated, based upon her great performances in “Sullivan’s Travels” and “I Married A Witch”, the O.G. “Bewitched”. She even has some excellent deadpan humor lines in “The Blue Dahlia”, thanks to Raymond Chandler’s screenplay. (Chandler allegedly hated her, too. You just can’t win!) Just about the only guy on her side in Hollywood was Preston Sturges, who fought the studios to cast her in “Sullivan’s Travels”, her first major movie role. She was pregnant during filming, posing a serious undercover challenge for designer Edith Head. The public loved Lake until the late Forties, when Paramount passed on renewing her contract. She had to file for bankruptcy on the heels of her mother suing her for “support payments”. Her mother later wrote an awful biography on her daughter which pulled in a tiny chunk of change. Lake wrote a slapdash autobiography a few years later as a rebuttal to her mother’s tawdry book. Lake, like her predecessor Brooks went through a downward spiral in New York, living in fleabag hotels and getting arrested for drunken and disorderly conduct. Her beautiful long locks now long gone, she found work as a barmaid at a downtown hotel. Busted by reporters who found her working there, she garnered sporadic TV and theater gigs from all the attention, even appearing on “What’s My Line”. Veronica Lake died in Vermont at the age of 50 from hepatitis and acute renal failure as a result of her alcoholism. Her ashes were scattered over The Virgin Islands per her request. A memorial service was held in New York which her son Michael attended, her three daughters long estranged from her. _____________________________________________________ I hate tired Hollywood clichés but there is one that sometimes rings true, and that’s when someone says “The camera loves her”, and it was definitely hypnotized by these two ladies. Whatever Louise Brooks and Veronica Lake’s faults were, there are few actresses that can rival their ability to illuminate the movie screen. That means when Louise Brooks celebrates Christmas in a cold cellar in “Pandora’s Box” we forget how hard her situation is because the warmth of her beauty is enough. That means whenever Veronica Lake is on screen in “The Blue Dahlia” or “This Gun For Hire” everyone else disappears because she commands your absolute attention. That’s no small accomplishment for a dame that can’t even clear 5 feet. Whether these ladies got along with the car crash we call civilization or not almost seems unimportant. Aspiring actresses, clothes designers, filmmakers, models, and even artists can tell you what Louise Brooks looks like or what Veronica Lake looks like. Their hypnotic beauty is immortalized by the silver screen, and for that we will always revere them. 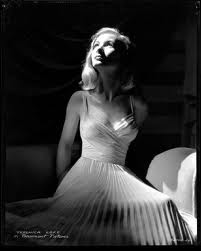