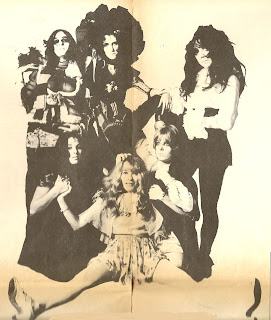 In 1969 Rolling Stone Magazine did a cover feature on a heretofore unreported phenomenon in the world of rock, the emergence of the groupie (one of the first mentions was in The Mothers of Invention’s “Motherly Love” in 1966). Here are a few scans from that issue for your entertainment. Sorry about the yellowed paper, Photoshop and I can only do so much. 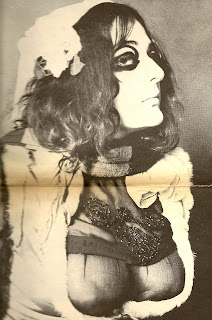 I met Miss Mercy from The GTO’s in 1978 when we were both extras for the filming of The Ramones’ “Rock and Roll High School”. She had a baby by guitar whiz Shuggie Otis named “Lucky”, and Lucky’s governess at the time was Linda Jones, eventually Texacala Jones of Tex & The Horseheads fame. If you hang around long enough you get to meet everybody. 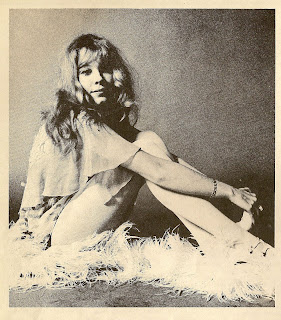 Miss Pamela, the future Ms. Des Barres, a very nice lady and one of the few surviving members of The GTO’s (Girls Together Outrageously), also known as The Laurel Canyon Ballet Company. She had the best song on The GTO's album, "Permanent Damage" titled "Circular Circulation, or Do Me In Once And I'll Be Sad, Do Me In Twice And I'll Know Better". 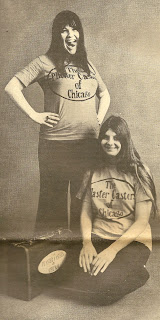 Cynthia Plaster Caster still makes casts of rock star’s pudenda: The Muffs, Demolition Doll Rods, etc. To date she hasn’t done Justin Bieber, Thurston Moore or Henry Rollins so she has a lot of catching up to do.

The spider eye make-up was a big deal at the time, and it has been reported that Alice Cooper copped that look from the groupies that were lurking around the scene. Frankly I think it’s a great look, especially given how gruesome Alice looks without his makeup. 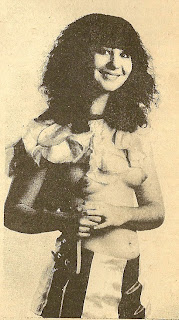 I haven’t got the foggiest idea who she is, but if she rates a great Baron Wolman photo shoot then she has my blessing. Baron Wolman was Rolling Stone Magazine’s original photographer (along with Jim Marshall) and I still prefer his work to the Annie Liebowitz Seventies smarm photography that ruined the magazine.

Legend has it that Russell Mael from Sparks stole her away from Todd Rundgren while he produced their album. In all fairness Christine really got around, may she rest in peace (she passed in 1972). 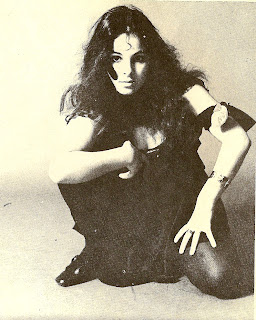 Miss Sandra
The late Miss Sandra. The “Miss” title preceding The GTOs member's names was invented by Tiny Tim, who christened every woman with a “Miss” title, and even referred to his wife at the time as “Miss Vicky”. God bless Tiny Tim, and God bless groupies everywhere.
Posted by Andy 7 at 5:03 AM

Spider eyes tres chic! Honestly I quit my profession if I had to cast Henry Rollins, Thurston Moore's or Justin Beiber's wiener

Great stuff Andy, thanks for posting...

Thanks everybody, I have some more scans coming up soon.

Where is Miss Sparkie? She's my ex-GTO friend here in LA. Miss Pamela has since taken hers and most of the OTHER GTOs stories and somehow remembered them all as being HER experiences. Ya gotta sell books somehow. Way ta go, Miss P.

Extraordinarily good document .I just came across upon your web page along with hunted to express that I have truly enjoyed browsing your weblog posts.After all I'll be subscribing to your rss feed along with I hope you compose over again before long!

As a final note , give permission me thank you for your patience with my English as (I am positive you have become aware this by now,), English is not my principal language so I am utilizing Google Translate to build out what to compose what I really intend to tell.

Trixie Merkikn, whose real name is Carrie Hellman, was Steve iller's girlfriend and the 1969 Rolling Stone 'girl of the Year". she played bass for a fews years in Denver with the Triple A Band. She is now in Santa Fe with Jy boy Adams and zenobia, http://jayboyadamsandzenobia.com/