The Pot of Sh*t At The End of the Rainbow 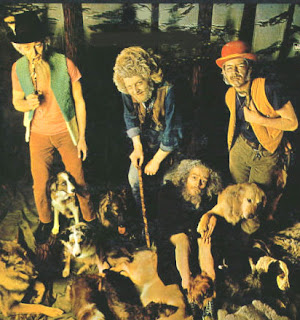 Once you reach a certain age it doesn’t matter how hot or fresh you look, your eyesight’s gonna fail, your hearing’s gonna be shot and remembering stuff is, well, a thing of the past. You end up losing a lot of shit in the process, misplacing it here and there, and don’t get me started about all the stuff you’ll break no matter how careful you are. It’s not that bad in your personal life, but when it happens in the office/workplace, you’re fucked. People give you all sorts of grief, laugh at you and you can’t say, “Listen you snot-nosed fuck, I’m over fifty cut me a fuckin’ break my brains are falling apart”.
I’ll be 54 this October, which means that under my retirement plan at work I can retire next year at age 55. So, just to prepare myself to what I’ve got to look forward to, I attended a Pre-Retirement Workshop held by the Los Angeles County Employees Retirement Association (LACERA). Basically, this is what happened:

The majority of the attendees were told that retiring early would be foolish, because if they retire at age 55 they will only get 12% of their highest pay rate for their monthly retirement allowance, but if they hang in there for another 15 years (age 70) they’ll get a whopping 30% instead. Does that sound like a large enough increase to justify putting up with people’s shit – if you can survive that long - for another 15 years? Of course not. And no mention of inflation either, you’re getting more in the future but you’ll probably be paying more, too.

The great bullshit Pie In The Sky dream they hand you at the workshop is that once you retire you’ll be covered for the rest of your life and you’ll never have to work again. “So if you retire too early” (glaring at the boyish 54 year old in the room) “you’ll be stuck flipping burgers or greeting folks at Wal-Mart”. Everyone’s retirement fantasy revolved around sitting around a rocking chair watching the sun set with their grandchildren beaming up at them, or worse, sipping martinis on a fucking cruise ship. The truth of the matter is that if you stop working you’ll more than likely be sitting on a park bench by yourself while your relatives wait for you to die so they can collect your meager nest egg.

Let’s be honest: the coolest old guys you know are the ones that fix your shoes, tailor your clothes, repair your car, etc. One of the last things my Uncle told me before he died was, “If you want to work forever, learn a trade”. This came from a 71-year old guy from Hungary who fixed motorcycles for bikers in Rhode Island. He was in demand until the day he died. Once I retire from County service I’ll be working for Rebecca making clothes, exactly what I did before I started with the County 15 years ago. Will I retire from tailoring? Fuck no.

Another bizarre concept people have is that once they die their record collection, toy collection, comics collection, etc. will be inherited by their children. “I’m leaving Spider Man #100 for my kids, and my children’s children”. As if their children have the same interests, right? I know a toy hoarder who died last year, and do you think her kids are enjoying her vast collection of dolls? Even as I speak, they’re all on sale at eBay. Her kids are having the last laugh. Her tombstone should read, “Buy it now!”

I guess my message is that advancing old age needs to be planned in a more realistic basis, because so much of it is shrouded in fantasy, and fantasy can be a form of senility in itself. If you dream too hard the pot at the end of the rainbow won’t have gold in it, but something much worse.
Posted by Andy 7 at 5:46 AM

Did they tell you to pay off any outstanding credit card bills before the money wagon dwindles?

Your blog is a good wake up call. Painfully blunt but it's the truth.