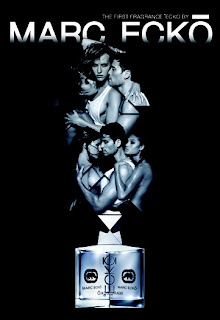 Last year I wrote a blog called “Smell Check 2008” describing the testers that came with my GQ Magazines right in time for the Christmas season. Well, it’s two months away from the holiday gift giving season, and already GQ is starting up with loads of testers in their magazines. So here they are, in no particular order of importance, the new stinky stuff for you guys out there:

Gucci by Gucci: The ad shows a slightly more effeminate Johnny Depp circa “69 Jump Street” and smells like bad incense burning in your fireplace. Pass.

Armani Code (Giorgio Armani): Similar to Gaultier with its strong vanilla odor, their slogan is “the ultimate code of seduction for men”. I’ve worn this scent to work from time to time and thankfully haven’t seduced anyone. So, sorry, Giorgio. Disgraciada!

Guess by Marciano: The title that begs for derision. Guess the smell: Lemons? Urine? Carpet cleaner? Do you really want to spend $50 to guess what you just sprayed on yourself?

Givenchy Play: The container looks likes an mp3 player (“Play”, get it?), so not surprisingly the scent is very metallic and dull. Justin Timberlake is pictured in the ad listening to his iPod on an airplane with his website URL blasted in big letters. Talk about confusing advertising!

CK Free (Calvin Klein): Calvin Klein makes great suits. I own a few and love them. He does not make good cologne.

Lacoste Challenge: This sporty fragrance smelled like man-ass, which makes it a sort of homosexual Spanish Fly. Good thing they threw in a free travel bag with each purchase because its going to take a miracle to get my money on this stinker!

Only The Brave (Diesel): Shaped like an angry fist coming straight to knock your ass out, this mothersucker has an evergreen meets fruity odor. The ad promises “the warmth and masculinity of lemon and leather”. Holy shit!

Usher VIP: I hate that asshole’s smashed-in face and I wouldn’t buy his crap if it smelled like an angel’s nut sack. Put your hat back on, diva.

Well, the current crop of colognes seem sportier than last year, not as glamorous and more jock-friendly. I think I’ll pass on this year’s bunch and stick with old favorites like John Varvatos and YSL Pour Homme. The old favorites are still the classics. Happy shopping and leave the sporty slop for the Tunnel People.
Posted by Andy 7 at 11:23 PM

I work in a boutique and consider myself a sort of connoisseur of fragrance, men's especially. You have no idea how hard this made me laugh. Oh maaan.

YSL L'Homme and L'Homme Nuit are two of my favorites. Talk about seduction. That and Chanel Allure Homme. Those scents are known to send me into a sexual fury. LOL