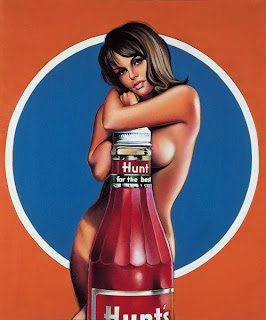 Pizza Hut (4251 Beverly Blvd.)= In an effort to top Shakey's at their own game the Koreatown Pizza Hut has a lunch buffet set-up Mondays thru Fridays for $5. It sounds like a great deal until you realize there's a fucking middle school 2 blocks away, do every pizza faced brat descends on the place like a swarm of locusts. This means as soon as the servers nervously place a new pie on the counter all the kids swarm and gulp down very slice before you can even reach for one.

If you're watching your weight (what are you doing here, then) there's the most bizarre Caesar's Salad ion the planet, no croutons but tons of bacon bits. So many bacon bits it looks like a rabbit relieved itself in the bowl. A pig gave his life to finish a Caesar's Salad.

I don't know what I'm complaining about, there are places I was never meant to go to = stadium concerts, poetry readings, visiting the in-laws, comic book conventions and Pizza Hut. Oh, and if the one-armed Mexican boy still works there tell him Andy said hi.

Carl's Jr. (1111 N. La Brea Avenue)= I don't know if I'd come here for food, I mean let's be frank, this is a tranny crash pad masquerading as a fast food joint. Am I outraged? Fuck no, what better way to flip the bird to dead fascist Carl Karcher than have every torn-up drag queen and Santa Monica Blvd teen runaway hustler all passed out in dead cattle grease stench.

Let's try that again: Fast sex flesh passed out in fast food flesh stench, you can hear the snores from whores and see the snooze spit bubbles popping out of smeared dude lipstick lips.

Sometime they try to infiltrate the court yard at the SM Gateway across the street but the Security Guards chase their asses off. Sometimes they sneech right through into Target and elbow their way past chola bull dykes and Communist poon strippers. It's complicated, baby. Like the tranny hustlers say, "If it's not all over the place, it's right in my face." Get it, girl. 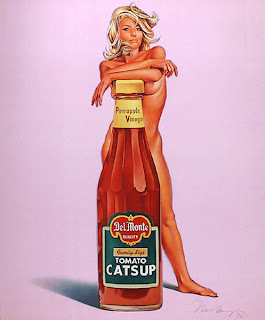 Pink's Hot Dogs (709 N. La Brea Avenue)= Pinks is the Eiffel Tower of grease and everybody has to go to The Eiffel Tower at least once in their life so I went and I waited and waited and waited and nobody loves hot dogs more than Andy Seven but fuck me these dogs had the hardest casing I've ever bit into. I felt like I was giving GI Joe a titty nipple hickey, like bad hard vinyl plastic cock'll do the do and Orson Welles must have been out of his mind pulling up here and ordering 16 chili dogs and macking them down in one sitting even his Pekingese must have stared in horror and it always crawls up my ass when people write one sentence reviews so here's my one sentence bon appetit Steinbeck.

Burger King (5118 Wilshire Blvd.)= Rebecca and I call this "Teen Trauma Burger King". It rocks! Half of the time there's a yellow crime scene tape wrapped around the front of the place because when the High School down the street lets out the Degrassi Devils end up waxing each other. The tape stays out for the next few days and the BK staff does a sloppy job of hosing the blood off the sidewalk (BK staffers doing a sloppy job? Impossible!) I'll be the dues at the Jack In The Box across the street are jealous of all the drama.

But there's more: There's a big, big, big "Oasis" Christian youth center next door, so the Oasis jesus kids are probably wishin' and hopin' all the gangsta thugs will throw down all their weapons and come right in after school and repent. The drama is so intense it beats watching "The Best Years".

Oh yeah, the food. What about the food? It's Burger King. Shee-it!

7-Eleven (8077 W. 3rd Street)= If you want to know what jail folks really look like hit the local 7-11. I'll be boiled if I ever saw a chick at one, it's usually guys that look like they got tossed out of the drunk tank. They puke right by the front door and the cashier who has "F-U" tattooed in his brain won't mop it up.

He won't clean the cherry Slurpee machine either, so the red sludge hardens around the nozzle looking like Joan Crawford's last period. All the cons look like they want to punch you out just because you're using the ATM machine and they can't, because they think you need a PhD to punch in your PIN number.

I smelled more unwiped asses here than I did at the local maternity ward. Maybe it wasn't ass but the odor of delicious 7-11 burritos "percolating" in the microwave. So if you love doughy beer monsters with shaved heads and 100 zits poppin' out of their skulls and think "OZ" was an epic TV show, you're so 7-11 material.
Posted by Andy 7 at 2:11 PM

Love the comments about Pinks. I like their hamburgers more than the hotdogs but who needs to stand in line for a burger when Carl's junior or Astro burger is around.


7 eleven.... I know that one and avoid it like the plague. I thought I was the only one that thought it was creepy.