It Happened At The Movies 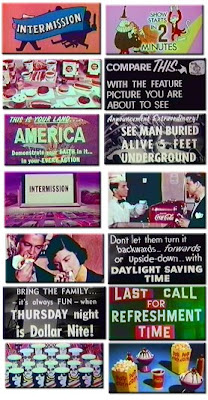 Sometimes the show at the theater is more interesting than the movies themselves, and that’s the thing that makes going to the movies so memorable.

I could mention the time people walked out on Boogie Nights in droves, including an old woman who screamed at the screen. Someone should have told her it wasn’t a comedy. Oh, well.

I remember seeing Juliet of the Spirits in the West Hollywood district with a hooker named Sondra who was tripping on acid and had to be very gingerly led out the theatre, poor thing. The movie scared her ass. Wonder what she’s doing now?

Art can be pain, though. I remember getting food poisoning at an El Torito buffet in the morning and then going out at night to the Chinese Theatre to see the Mickey Rourke bomb Curse of the Dragon. I don’t know what was more painful, the shit buffet or the shittier flick?

But you can’t beat a weird double-bill at the movies, either. One night I went to see Krush Groove because I like The Fat Boys and Run-D.M.C. It came out when rap was still scary and unappropriated by Whitey (early Eighties), so naturally the second feature was St. Elmo’s Fire, a movie about a bunch of whiny over-privileged white kids in New England.

The creepiest movie going experience is when you pass out during the picture, wake up, pass out again, wake up, and fuck you if you can remember whether you were dreaming or seeing a film. This happened to me when I saw Vertigo, a creepy film as it stands by Alfred Hitchcock. To this day I’m not sure if I saw the whole movie or dreamed it! Another time I saw (and slept through) Kiss Me Deadly with that creepy atomic bomb in the Pandora’s Box finish, the film shot mostly in the Wilshire District. I woke up just in time to see the creepy ending. When we filed out at midnight I had to wait for the bus in front of, get this, MacArthur Park.

Crowded theatres always make me nervous, though. When I was a kid I remember going to see Help! (the second Beatles movie). My older brother stood in line to get the tickets, we got the custom printed tickets with photos of the Fab Four on them, we got souvenir buttons for each ticket sold, and waited patiently for over an hour in the longest line we ever stood in. It took us awhile to find a seat because the place was packed with teenage girls.
As soon as the movie started EVERY FUCKING GIRL ON THE PLANET SCREAMED HER FUCKING HEAD OFF!!!!!!!!!! RINGO!!!!! If you’ve ever seen the movie there’s a scene where Paul McCartney’s stark naked. Holy shit! My right ear’s still feeling it, 100 years later. PAUL!!!!!!!!!!!! To make a long story short it took us three years to understand what anyone said in the movie because the screaming cut through the audio.