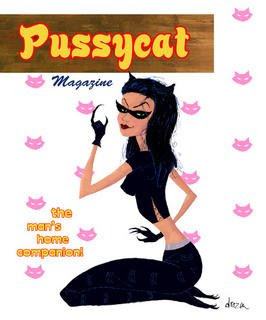 One cool, beautiful Saturday evening in the summer my wife and I decided to walk down Robertson Boulevard after a pretty good dinner at Jerry’s Famous Deli (back when it was fun to go there). Everybody walking down the street seemed pretty happy and serene, only to have the vibe completely destroyed before our very eyes. Across the street was the Daisy, a top-rank restaurant frequented by showbiz celebrities that looked like a fairy tale house with picket fence.
We saw a jeep pull up to the valet park, and within seconds at least, Honest to God, twenty (20) paparazzi swarmed around the jeep like locusts in a corn field. It was impossible to see who was in the jeep because the swarm overtook it, flash bulbs popping away like a strobe light going berserk and the photographers yelling their heads off. We never did find out who got out of that jeep. The serenity of the street was completely destroyed.

The mania for entertainment news doesn’t just encroach into your personal life. It’ll grab you in your work day, too. I work next door to the Los Angeles County Superior Court on Hill Street, where the Britney Spears custody battles in court have been taking place. Going out on my lunch break has been a serious ordeal.
The first thing I have to do is make sure I don’t trip over feed cables on the sidewalk while a TV news reporter sets up in the middle of the sidewalk, and 3 paparazzi with bazooka sized cameras are marching up and down in front of me not giving a hang about the working people walking by them, getting in everybody’s way. This wasn’t an isolated incident at all, in fact, the Spears custody battles have been raging in the courts week after week, so the congestion just trying to go out to lunch or park has been well near impossible.

My wife was hired to design outfits for Jessica Biel in her latest film, and since Biel was Justin Timberlake’s latest girlfriend the studio was swarming outside with reporters and paparazzi. As tight as security was, the worst came to pass: someone took a phone camera photo of Biel performing a strip tease scene in what was supposed to be a closed set. They never did find out who took the photo, but there it was a week later in the Enquirer.
When gossip magazine money comes to play there is no such thing as airtight security. The payoff is too good and people are more than willing to jeopardize someone’s privacy for pay.
Posted by Andy 7 at 1:07 PM