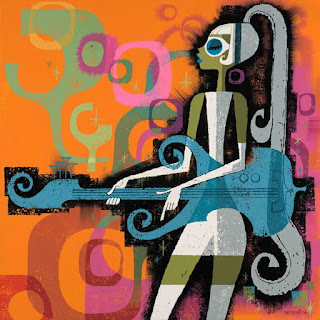 The backbone to any band or recording is the bass, no doubt about it. The drums are the legs, but the spine to any record lies in that big bass sound. Without the bass there’s no spin e to hold up the rest of the instruments. Even John Mayall knew that in 1969 when he recorded The Turning Point, dispensing with a drummer but keeping the bassist. Steve Thompson anchored the rhythm with a bottom that underscored the melody while giving life with the beat.

I think bass players are funnier people than guitarists. A bassist friend of mine used to always start every sentence with the opener, “BASICALLY…..” I thought that was brilliant.

On the other hand some of them are moody bastards, the worst. One bassist I played with had the word SPEED tattooed on his arm…um, gee, wonder why? He had a hair trigger temper and nodded his head vigorously every time he talked. Yeah….I think he had an extra hobby besides playing bass. He was a good player, though!

Bass players have every reason to be pissed, though. They don’t get to show off like drummers and they don’t really get to goof off like showboat guitarists. They’re too busy trying to make them both look like they know what they’re doing. Take away the bass player and the guitars and drums sound foolish.

But nobody worships that ass-shaking bass throb more than the hip hop maniacs. I live on a main drag where there are always gridlocked cars stuck in front of my house, and as sure as sheep dip you can bet our windows will rattle like an old lady’s teeth from the powerful bass frequency booming out of some homeboy’s car stereo. Sometimes even the walls shake. 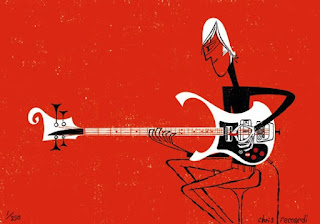 But relax, haters, it’s all for love of the mighty bass sound. Which brings me to a story which takes place in the early Nineties, when I worked at Dodger Stadium. My car was out for the count that week so I had to walk across the humongous Stadium parking lot. A coworker, we’ll call him Miguel, pulled up right by me in his sled, and needless to say, the bass was thumping to wake the dead.

Miguel was a thick kid with Chinese eyes and dressed like the souvenir concession collapsed on him: Dodger baseball cap, Dodger tee, and he would have worn matching sweats only they were either out of stock or didn't carry it in his size. He was a good guy.

Miguel drove down Sunset Boulevard nodding his head hard to the beat. I looked out the car window and could have sworn the titanic palm trees around us were trembling from the rattle this car was kicking out.
“DO YOU LIKE THE JAMS, DOG?”
BOOM BUZZ BOOM BUZZT BOOM
“YEAH, THESE ARE FINE. MAN”.
“THIS IS THE NEW SNOOP - JUST DROPPED LAST MONTH - KILLER SHIT!”
BOOM BUZZ BOOM BUZZT BOOM!

Needless to say the car was throbbing, my balls were rattling in my pants, even the tires of the car seemed to be shaking on the road from the ridiculously loud frequency.

The car stopped at a red light and older guys in the BMWs were glaring at us sideways in their pussy Aviator shades. At that point I laughed because I realized the bass guitar had done more than the entire punk scene ever did: shake people up and offend them. The bass ruled the streets. The bass stood supreme. The bass owned.

“CHEMICAL BROTHERS, HOMES. LET ME TURN IT UP!”
Me (in scared Jerry Lewis voice): “YOU MEAN IT GETS LOUDER?”
BOOM BDOOM BLAT ZIT BLAT BLOP!!!!

We narrowly missed an ambulance zooming by the right of us because the Chemical Brothers bass drowned out the siren. When I saw we narrowly missed the Paramedics wagon by a few feet I decided to bail out for safety and pointed at an arbitrary house down the street.

“THAT’S MY SHACK OVER YONDER, BRO. JUST LET ME OUT HERE AND I’LL HOOF IT THE REST OF THE WAY”.
“RIGHT ON, SEE YOU TOMORROW, DUDE”.
“YEAH, LATER! THANKS FOR THE RIDE!”
BOOM BOOM BDAT BLAP ZIZAT BDAP!!!!

Artwork by the great Chris Reccardi. 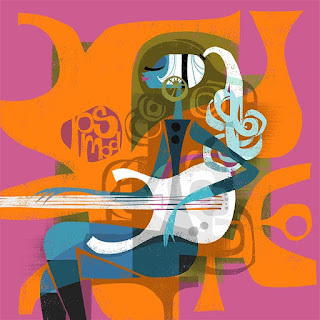