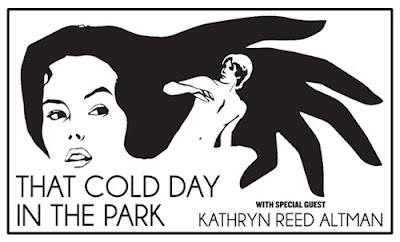 During the 1970's a whole slew of films documenting the unhappiness of American women proliferated, whether it was John Cassavettes' "Woman Under The Influence" or Alan Rudolph's "Remember My Name". One thing was certain, in the Seventies women were unhappier than ever and the cinema was there to document it so well.

Some of these films have finally made it in their fullest form on You Tube. One of them, That Cold Day In The Park is available on DVD, but the other two are not. Fortunately they are now available on You Tube for your viewing pleasure. They all come highly recommended.

That Cold Day In The Park (1969) - Directed by Robert Altman, this film stars Sandy Dennis as a young spinster who socializes with couples much older than her. Just when you think she's going to drown in her cobwebs she looked out her window and sees a meek-looking teenage boy sitting alone on a park bench, staying in the same spot even in the pouring rain.

She runs out to get him and gives him shelter in her apartment. He's a mute and doesn't speak, virtually behaving like a small infant (shades of The Baby!) with her bathing him and all the rest. Of course, things are never what they seem and we find out that there's more to this teen than meets the eye. Dennis progressively behaves more carnally towards this puppy boy until things take a deadly turn. 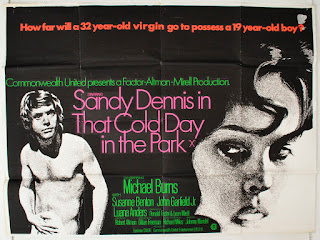 Filmed during the hoary hippie era, That Cold Day in The Park has a trashy groovy vibe about it that's dated as hell but still has that kitschy TV rock star veneer about it. Luana Anders has a great part as a Patti Smith-type hooker that raises the energy level of this mostly downbeat film.

By the way, as a side note did you know that Sandy Dennis was girlfriend to cool jazz bop genius Gerry Mulligan? What an angular silhouette they must have cut.

Looking For Mr. Goodbar (1977) - Although the only full movie version is in German you can still follow along and figure out what the hell is going on. Based on Judith Rossner's best seller, Goodbar is the disturbing story of good Irish Catholic daughter Theresa, a teacher for deaf mute children (Madonna) who prowls the discofied bars of naughty New York at night (Whore). There's some serious sexual Jekyll and Hyde hijinks afoot in this story.

By day Theresa juggles her teaching with trying to get a decent hearing aid for a sweet ghetto child, trying to gain the confidence of her protective brother (a great LeVar Burton) and arguing with social worker William Atherton (best known in Day of the Locust).

By night Theresa falls for no-good hustler Richard Gere, sleazier here than he was in Breathless, if that's possible. Before she meets Gere we see her hooking up with guys and actually charging money for her services. What a tramp! The scary part is that she's supposed to be the stable daughter in her family. Guess who plays the unstable one? You guessed it, Tuesday Weld. 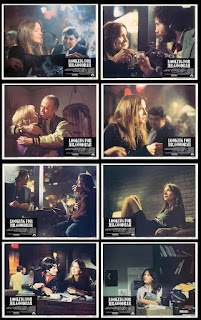 I won't give the ending away, but I will say that things don't go well, and why should they, when a brazen hussy flings her quiff like a party favor? Oh well, at least the poor kid gets her hearing aid. Someone gets a happy ending.

Looking For Mr. Goodbar has never had a proper DVD release in the United States because of clearance problems regarding the heavy disco soundtrack. Basically what this means is that the DVD company would have to pay a small fortune to the songwriters and publishers for permission to use their songs in the picture. This also explains why films with rock heavy soundtracks have either taken forever to be released or not been released at all.

As a side note, director Richard Brooks co-wrote the screen play for The Killers with John Huston but never received credit for it. I hope he got paid, anyway.

Play It As It Lays (1973) - I reviewed this before a few years ago on my blog (The American Nightmare of Frank Perry). In fact, I was the one who posted this little gem on You Tube, so don't forget to subscribe.

Play It As It Lays is the story of Maria, former model and star of a 10th rate flop biker film. The unhappy wife of a wild, temperamental film director, we see Maria get an abortion, mope about the beaches of Malibu, visit her autistic son and drive endlessly down the freeway in her convertible shooting off her gun. Does any of this really lead up to anything?

Tuesday Weld is perfectly cast as the disillusioned California blonde swilling booze and popping pills with gay producer friend Anthony Perkins, reuniting them professionally for the first time since Pretty Poison. It's great seeing Perkins play a sane human being for a change. This time Tuesday's the psycho in an empty headed blonde way.

That's it. This is only a small sampling of films demonstrating women at their most tormented. What makes the these films so deft is their reluctance to simplify their subject in a Phil Donahue women-are-victims sort of way. Make no mistake, these dames are screwed up badly and are living wrecks, but that's what makes these movies so enjoyable. You want to see them wreak havoc on their lives and everyone else's, and there's no Joan Crawford quick fix happy ending going on here, either. I didn't even mention Diary Of A Mad Housewife, also directed by Frank Perry, also available on You Tube and a must see on your YT list. But anyway, watch and feel the pain, the sadness and madness of what it means to be a woman. 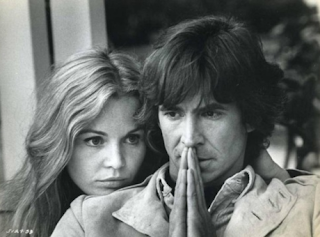