The Queen Is Dead/The Bitch Is Dead 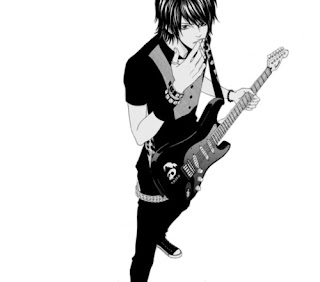 Last week Chrissy Amphlett of The Divinyls passed on from breast cancer and multiple sclerosis at the age of 53. Chrissy embodied Australian punk rock at its best and was even a bit of a rock fashion innovator, rockin' the insane schoolgirl look eons before Babes In Toyland and Hole took credit for that style (see video below).

Amphlett sang in a tough girlish voice that spearheaded the band's razor sharp sound perfectly, with great tunes like "Boys In Town" and a wild cover of The Easybeats' "I'll Make You Happy". The band invested in a physical and sonic makeover with their big New Wave hit "I Touch Myself". It was rumored that Amphlett was offered a chance to have her teeth re-done but declined, proud of her working class grillwork.

After the band scored their big hit Amphlett and her then boyfriend, guitarist Marc McEntee moved to Los Angeles, particularly the Pico-La Cienega district, amusing in that it's well-known for being a very staid middle class Jewish neighborhood where nothing ever really happens. I remember when choreographer Toni Basil lived around there in the late Seventies.

The Divinyls were always a pretty entertaining band but any view of Amphlett in action was lightning in a bottle, a pure distillation of everything that made punk rock red hot. Memories of her serve as an undying punk rock inspiration. "The bitch is dead". The last word uttered by James Bond at the end of Casino Royale, and a fitting way of describing the passing of the obnoxious Alvin Lee of Ten Years After. His legendary arrogance and rudeness places him in a pantheon of peerless assholism headed by pricks like Ray Davies, Jeffrey Lee Pierce and Gene Simmons, to name a few.

Lee died on March 6th with his notoriety somewhat linked to that awful boogie warhorse "Goin' Home" from the Woodstock festival. This number alone not only dumbed down his music forever but hard rock in general. To hear this execrable boogie garbage you'd never think that one point Lee and his band produced three amazing albums in the late Sixties - Stonehenge, Ssshh, and Cricklewood Green. All three albums showed a band that effortlessly melded rock, blues and jazz without breaking a sweat.

Lee wore his roots on his sleeve, singing and playing sounding so closely to Mose Allison it was hard to tell whether it ws homage or blatant rip-off. At any rate many people were turned on to Allison thanks to Lee's serious Allison influences. His speed-freak style guitar playing which was reviled by critics at the time owed quite a bit to Les Paul's more jazzy workouts. I knew a few jazz guitarists that disliked rock & roll but listened to Alvin Lee for his refined approach.

Unfortunately Lee had a massive ego and his reputation as a creep was widespread, even prompting a few jabs from Iggy Pop himself in his autobiography "I Need More", stating that Ten Years After and Lee in particular were absolute dicks to The Stooges backstage at the Boston Tea Party. An interview with Lee in 1969 for Zygote Magazine started out with the interviewer literally walking in backstage and catching Lee staring lovingly at himself in the mirror.

The lowest point in Ten Years After's history, however, was their protest song, "I'd Love To Change The World", where Lee condemns "dykes and fairies, tell me where is sanity". Somewhere in Lee's universe he didn't envision sanity leaving average assholes like him who need to verbally and physically beat homosexuals for simply having different sexual preferences. Every time I hear this awful song I feel like a knife going through me.

There's something sad about a musician who has a rich sonic palate to work with and abuses it by watering it down to trotting out old Fifties oldies and lame boogie workouts, but he finally took it to the grave with him, where they, his homophobia and ultimately he belong.

Documentaries on bubblegum pop stars have run the gamut from absorbing (Who Is Harry Nilsson?) to not so (Paul Williams Still Alive) but outside of "Karen Carpenter: Superstar" there hasn't been one as depressing as "Family Band: The Cowsills Story". The film documents one of the most poorly managed successful bands in the history of pop music, made the more bizarre because the band was managed by their father.

The Cowsills started out as an average set of brothers hitting it as a garage band taken over by their bullying father Bud who came upon the concept of bringing in their mother and little sister (Susan), turning them into a wholesome rock & roll attraction. The focus and spokesperson of the band suddenly became Barbara (Mom), much to the horror of the Cowsill boys.

Although Barbara Cowsill was the so-called face of the band she was equally intimidated by her alcoholic and abusive husband, whose only choice in protecting Susan, her molested daughter was by sending her to an aunt's home or keeping her on the road. Bud's managerial skills were so aggressive and amateurish, says Bill Cowsill, that the band was originally scheduled for five spots on The Ed Sullivan Show but were dropped after only two.

The band were also bullied by MGM Records who refused to release their cover of "Hair", a battle the band actually won by challenging a local radio station to play "Guess Who?" on the air, the outcome being if anybody couldn't guess it was The Cowsills it would have to be played regularly. They won, and the record became a million seller. Unfortunately MGM hated their video for the song, a goofy piss-take with the band wearing silly hippie wigs.

Celebrity guests in the film include guitarist Waddy Wachtel and Tommy James (of the Shondells) who all attest to the terror dished out by Rock & Roll Dad Bud, with James even adding that whenever Bud's temper hit threat level red "I let the guys hang out in my office upstairs until the coast was clear". What a nightmare!

The film hurts not just by showing the band's artistic and financial bankruptcy but the aftermath of their lives following their fall as pop stars: Richard Cowsill's serious heroin addiction brought on by his tour of duty in Vietnam, Barry Cowsill's death during Hurricane Katrina and the eerie event of Bill Cowsill's death the day after.

Narrated by Bob Cowsill, the film concludes with the band still embracing their love for performing and finally getting a chance to play the kind of music their insane father and their obnoxious record company forbade them to play. It may not be the most brilliant shit ever played but at least they've finally found the freedom they've been denied for most of their lives. I know I'll never hear "The Rain The Park and Other Things" the same way again. 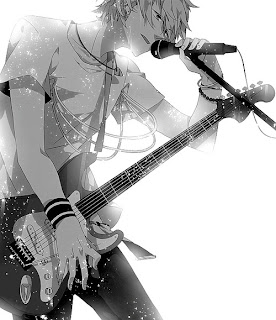