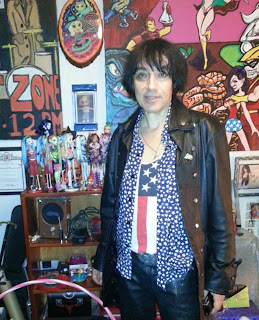 Well, the election is finally over and thanks to the hard work of every shrill liberal white girl on the planet President Barack Obama has been reelected for a second term. His fans are dancing in the streets because their hero will be around for another four years of rising unemployment, forced insurance payments, rising gas prices, a heavily censored administration and not one, but two concurrent wars created by Americans for Americans. Black Superman promised us four years of change, we definitely got change for the worse and the next four years will be more change for the worse. Thank you, Black Superman.

No one’s saying the other guy was better but it’s weak to think that Warbama was the better alternative. Either way everyone loses, and if you don’t believe me check the national suicide rate. It’s at the highest level in decades, in fact the highest since the Eighties when Ronald Reagan was President. Was the rising suicide rate what Warbama had in mind when he talked about change?

A lot of Black Superman’s fans rallied on Facebook, protesting Genetically Modified Foods. Many of these people are already taking steroids, taking ecstasy at shows or just doing drugs of all kinds to maintain their hipness quotient. I didn’t know there were such prioritized standards in harmful elements you could place in your body. Some of them even cried about Hostess Twinkies getting phased out(!). Talk about Genetically Modified Food. Change!

Drove by the El Rey Theater the other night and saw the marquee announcing the Jon Spencer Blues Explosion playing. When I saw them play there it was the mid-Nineties and there was a line going down the block waiting to get in. Fast forward to now and there were, at best, maybe twenty people standing in line. Sad, I know. I pulled into the supermarket a block away and as I walked up the staircase to the market a tiny mob raced out with Mr. Spencer holding a birthday cake in his hands. His entourage acted very important and almost elbowed everybody out of the way. I just thought it was a whole lot of fuss over a fading star. Sad!

There's something simultaneously exciting and surreal when you make outfits for celebrities and it shows up on TV shows like TMZ and tabloid magazines like The Star. Rebecca and I were hired to make Halloween costumes for stars Alexis Denisof and his wife Alyson Hannigan and their kids. They wanted outfits that looked like sea horses, which was right up our alley since I already wore a sea horse pendant around my neck.

Click on the next line to see the UK Daily Mail pictorial on their costumes made by us:
Alexis and Alyson Sea Horses

The project took a few weeks since we were dressing four members of the family of varying sizes (one was a newborn so that was a good challenge). They were very easygoing and open to our ideas so they were a pleasure to work for, plus they liked our choices of multicolored sequin fabric. They were not only a hit for the holiday but garnered tons of publicity from the "paps". It's one thing to let your clothes speak for themselves, it's quite another to turn jaded Hollywood heads around, but that's what makes Rebecca such a genius. 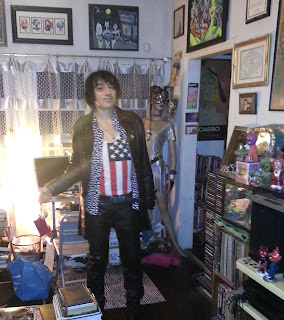