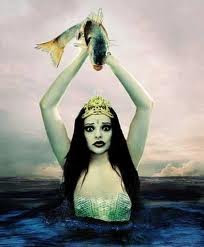 I recently finished reading Bertolt Brecht’s play “The Rise And Fall of the City of Mahagonny”, a stunning musical play about a man-made paradise of debauchery. Although the play takes place in the Gulf Coast it more likely brings to mind the sleaze of Las Vegas, highly predictive of Sin City since this great play was written in the late Twenties.

In this play four working stiffs from Alaska travel to a bed of sin called Mahagonny (note the word "Agony"). The boys blow all their dough, much debauchery ensues, culminating in the death of JJ Smith by overeating, Alaskawolf Joe by a fatal KO in the ring, and Jimmy Gallagher's sentence to death by electrocution for being broke, his hard-earned pay bankrupted by drink, gambling and women in Mah-agonny. Gallagher's death sentence for the sin of being flat broke seems more relevant today than ever.

First performed in 1930, Mahagonny was the drama world quivalent to Igor Stravinsky's "Rites of Spring", prompting boos, fist fights, riots et al at its initial performance. Dark and raunchy for its time, it brought a new experience to musical theatre that was probably the most radical thing theatergoers had ever seen.

The popular line of opinion is that Mahagonny is Brecht’s anti-capitalist concepts at work in that it shows a society so completely intoxicated by greed that it ultimately comes undone and destroys itself in a blizzard of excess. I think that the excess of alcoholism, gambling and womanizing are common traits that ruin anyone regardless of class affiliation.

As shown in the videos depicted here you can see that the German production is far more explicit in its views of decadence, shown in a highly theatrical cabaret style, as opposed to the American version, which is more traditional in its pretensions towards standard theatre. The production differences between the German vs. American version almost looks like two entirely different plays!

Pictured above is the Audra McDonald version of “Moon of Alabama”, also known as “The Alabama Song” or “Whiskey Bar”. Two other versions of the Kurt Weill melody are included here, one a duet from Nina Hagen and Meret Becker and the other from an Italian production featuring Valentina Valente. While the song isn’t particularly phenomenal, the differences in style all four singers take still represents the story well. The song is performed towards the beginning of the opera when Jenny and the prostitutes arrive in Mahagonny to work all the marks in town.

The influence of “The Rise and Fall of Mahagonny” is far reaching, and can be found in works as diverse as Tom Waits, Randy Newman, The Doors, David Bowie (who covered "Albama Song"), Slapp Happy and even Lars Von Trier's film "Dogville". While the “Threepenny Opera” is Brecht and Weill's most infamous opera, “The Rise and Fall of Mahagonny” is the piece that changed modern opera forever.