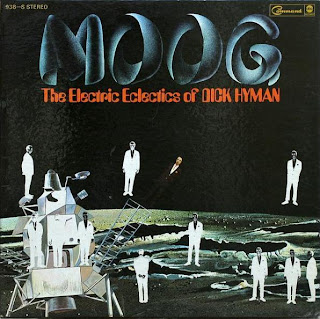 In 1969, one of the biggest records to hit FM radio in Los Angeles wasn’t from a new singer-songwriter or Next Big Thing from England, but from a 42-year old jazz pianist named Dick Hyman. The track was called “The Minotaur” and it was one of the earliest records to use the Moog synthesizer in a swinging format. I stress the word “swinging” because up til then the Moog was only played in serious, academic recordings like Wendy Carlos’ groundbreaking “Switched on Bach” LP or in TV advertisements from guys like Van Dyke Parks. No, “The Minotaur” had a relentless groove working for it because a jazz dude got his hands on it and made it move in directions nobody ever heard before. Hearing it on the radio in 1969 may have been one of the most exciting sonic breakthroughs in music.

Hyman’s approach is playing the theme, going off into blues comping, and then stretching notes while bending the tones until he blasts into playing pure white noise, all over an electronic bass pulse with a hypnotic rhythm machine backbeat. If Jimi Hendrix was here to tell us we would never hear surf music again, then “The Minotaur” was here to tell us we may never want to hear long guitar solos again. “The Minotaur” comes from an album titled “Moog: The Electric Eclectics of Dick Hyman”, and was released on ABC Records’ schlocky subsidiary label Command Records. It was the biggest selling album in Command Records history, and for good reason: each track is absolutely awesome. Hyman produced one more album of synthesizer sonics, but by that point many more artists were getting into the act, learning from Hyman’s example that the synth can swing as hard as any other cool instrument. The last I heard about Hyman he was scoring several Woody Allen movies, no synth but mostly jazz piano. _______________ _____________________ _____________________


When people think of John Sebastian of The Lovin’ Spoonful they usually think of sunny, happy, good time music. Songs like “Younger Girl”, “Daydream”, “Did You Ever Have To Make Up Your Mind” and that TV show theme song immediately come to mind when his name comes up. The only real rocker I can think of is “Summer In The City”, but that’s another story. I remember when his first solo album came out and hearing a track on it that didn’t sound like anything he ever did before.

Last month I had a strange nightmare and all through the dream I heard that song from the Sebastian album playing through it. What made it so creepy was the fact that I completely forgot about the song until it haunted me in my dream. The song is called “The Room Nobody Lives In” and it’s pretty weird by anyone’s standards. It’s a very slow, quiet, and almost funereal drone with an unsettling harmonium track, recalling Nico, who had released “Desertshore” around this time. The song is either about someone who is dead or long estranged from their family. The words go like this: “The room nobody lives in is up the stairs and four doors down the hall And no one ever goes there, except for linens when the family comes to call The room nobody lives in is always empty, but immaculately clean And all is softly silent, except for buzzings of the flies between the screens" The next part reads like some kind of John Cheever nightmare straight out of “Bullet Park”: “But there´s a feeling, even breathing in the air, like there´s someone, when there´s no one even there, And I'm hearing the cheers for the heroes, of scenes going down in this room, for so many years But now nobody goes there for forty years or so, this room has been alone, And starving for a moment, completely human...and completely all her own." Maybe after playing with The Doors on their “Morrison Hotel” album John Sebastian picked up on their brand of suburban dark nightmare. It’s the most atypical track he’s ever recorded and easily one of the creepiest things ever recorded. Once you hear it you can count on it haunting you in your dreams. ___________________ ____________________ _________________


Two giants in music passed away this past month; one was Hubert Sumlin, arguably one of the original guitarists whose work laid down the foundation of what would eventually become rock ‘n roll. Brandishing a Gibson Les Paul as early as 1955, he strangled some of the raunchiest electric guitar of that era, distorting it to sound like a skillet full of eggs frying in bacon grease. His work with Howlin’ Wolf is some of the most exciting blues guitar ever played, influencing rockers from Keith Richards to Jimmy Page to Jeff Beck.

The other passing is Sean Bonniwell of The Music Machine, one of the finest singer-songwriters in garage rock. Although he was known by many just by his single “Talk Talk”, the three albums he released, “Turn On”, “Beyond The Garage”, and “Ignition” are unparalleled garage rock records. Amusingly enough, his fashion gimmick in The Music Machine was wearing one leather glove, predating Michael Jackson by a good twenty years. His life was more private than Roky Erickson or Sky Saxon, making him the ultimate garage rock mystery man. They will both be missed, and I thank them for all the great music I’ve enjoyed from them through the years. 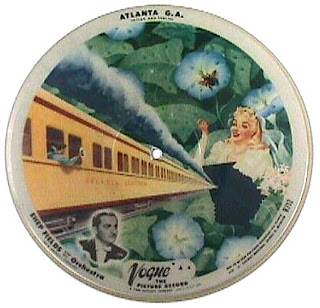 That Sebastian tune sure does sound out of character for him .AS a songwriter up here in Canada , I loved his work form the 60s and onward .Did not know this tune at all . Thanks for sharing that . Jim Henman