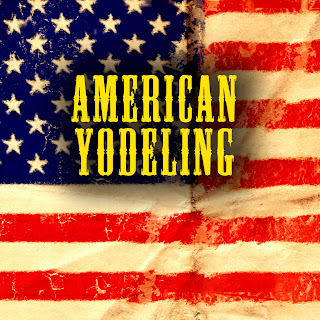 Everybody likes to brag about the great deal they got from downloading music, but there has never been a deal as amazing as the one I got early this summer. For a mere $11.98 I downloaded a 100-song, 2-disc set of incredible sounds called “American Yodeling”. You will never find a deal as truly phenomenal as this.

“American Yodeling”, as you can assume is a compilation of songs featuring singers yodeling their hearts out, but the compilation itself is so sprawling and sweeping in its scope that it covers an endless panorama of genres. The first assumption is made that you’re going to hear nothing but country music, but alas, you’re wrong. Sure, there’s tons of cowboy music, great stuff, too, but there’s also Cajun music, cowgirls singing, folk, bluegrass, polka, blues, western swing, Swiss mountaineer jive, and even Black hot twenties jazz yodeling. Everybody’s covered and get to twirl their tonsils out. There’s something bizarrely athletic in the way these crooners go into their yodeling pyrotechnics. Tracks like “She Taught Me How To Yodel” by Kenny Roberts are almost surreal in the way he can make his voice bend at supersonic speed that has to be heard to be believed. Legendary faves like Bill Monroe’s badass “Muleskinner Blues” get represented here, too. Some guys really tear it up with several tracks on here like Yodeling Slim Clark with his “I Miss My Swiss” who has a classic Swiss mountaineer tone to his yodeling. Elton Britt’s pretty awesome with “Chime Bells”. The cowgirls like to put a nature slant in their yodeling, making wild bird noises, purring like kittens and scatting in their vocals. My favorites include Carolina Cotton with “Mockingbird Yodel” and the demented Dezurik Sisters with their insanely bitchen “The Arizona Yodeler”. Their harmonies are so perfectly synchronized it would put an army of talent show losers to shame. Other range fillies include Patsy Montana, Girls of the Golden West, Rosalie Allen, and Texas Kitty Prins, to name a few. A lot of the perennials are on here, too, like Rex Allen, Gene Autry, Patti Page (!), Hank Snow, Roy Rogers, and Gene Autry, who all sound incredible here. But the obscure names are the real finds, like a rail-riding hobo named Goebel Reeves who really swings his dirty panhandling pie-hole. Sweet! When the crooning’s not about riding the range there’s a whole lotta jive about romance in the Swiss Alps: songs with titles like Visit Me In My Swiss Chalet, Swiss Echo Yodel, My Swiss Moonlight Baby. The girls have some pretty sexy songs, too, with titles like Salt Bush Sue and I’m Gonna Straddle My Saddle. Woof! If you want the Cajun stuff there’s Paul Brunelle’s “Le Boogie Woogie De Prairies”, The Guidry Brothers’ “La Valse De Marriage” and a couple of other crazies. “American Yodeling” never gets boring and almost sounds quaint in its depiction of a world that’s virtually vanished from the American landscape. It sounds like radio broadcasts from a parallel planet that’s saner and happier than anything we’ve ever created. And what’s better, it makes everyone smile real wide whenever they hear it.
Posted by Andy 7 at 5:00 AM

Thanks for the info! That sounds like a great CD set.. I adore yodeling of all kinds, especially the Dezurik sisters with their chirps and whistling. It's very whimsical and can't relate to anything put out these days.

I'm going to post some rare Dezurik Sisters videos in the next few weeks. They are vocalizing goddesses incarnate.