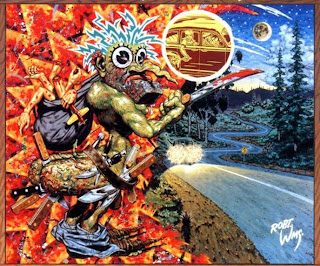 If I were to paint a picture would it be about a roadside troll who hacks off arms that little boys hang out of passing cars on the highway? And keeps the disembodied arms in a sack? 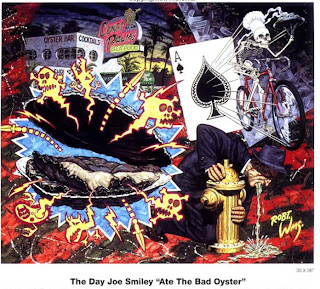 Would I paint a masterpiece of a John Q. Public down on his knees and gripping a fire hydrant throwing up tainted oysters in front of the sketchy culinary establishment he ate at? 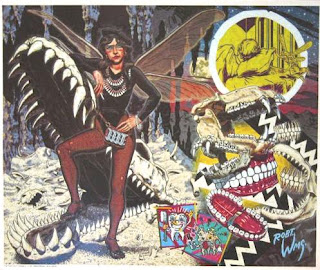 Could I even conjure up the Tooth Fairy as some jaded beatnik slattern with a carny’s coin belt strapped in front of her stained leotard? Never in a million years. Robert Williams never fails to shock, outrage and amuse with his brilliantly painted images of mankind at its lowest ebb. His images remain in your memory long after you’ve seen them, whether it’s images of a banked racetrack in the 1930’s or a biker about to run through a glass truck.

Before he became the notorious scourge of the art galleries Robert Williams scarred everybody’s minds in Zap Comix with his character Cootchy Cooty, a chain-smoking, whiskey swilling bug, and haunted us with stories like “The Brain In The Mason Jar”. Robert Crumb’s cartoons were benign in comparison. 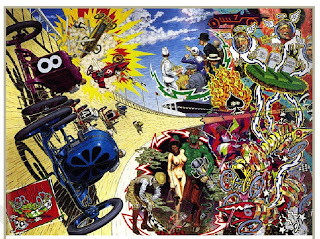 Williams was the first to incorporate kustom kar kulture in comix by drafting faux chrome lettering in his stories. If you like Robert Williams’ art, I also recommend Rick Griffin, Victor Moscoso and S. Clay Wilson, who are all from the same generation and phenomenal talents. 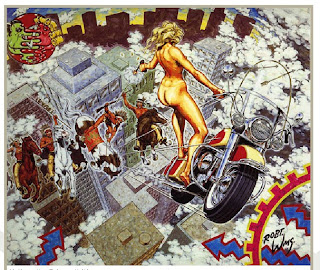 Thank you for writing about the only artist that matters to me.